How to Transfer WhatsApp to Your New iPhone 7


Thankfully, there is a way that you can backup and restore your WhatsApp messages and attachments into your new iPhone---I will show you how to get your iPhone 7 WhatsApp application up and ready in this article.

Part 1: What you can do with WhatsApp?

WhatsApp is a free-to-use, multiplatform messager app created for smartphones where users can send messages, audio, video, pictures and document. The app was developed by several ex-Yahoo! employees and officially launched in 2009; in 2014, it was acquired by Facebook. As of January 2015, 700 million people uses the application, making it one of the most used messenger app in the app market. It is similar to text messaging but costs significantly lower than traditional text messaging because it uses the internet. It is popular among users for its group chat, audio messaging and location sharing abilities.

You do not need to worry about your chat histories being used by the application because they are not stored on WhatsApp's servers; they are not able to help you get back deleted messages. You can, however, transfer WhatsApp messages by backing up your chat histories and restore them yourselve. You will be able to transport WhatsApp messages to iPhone 7 from other iPhone models using several ways: iCloud Backup, iCloud Troubleshooting, iPhone Backup and Email Conversation. You will also be able to backup chat histories on your Android to a new iPhone 7.

Even though WhatsApp provides users with an inbuilt ability to transfer WhatsApp messages, it requires you to establish connection between your current device to cloud storage. This can be a slow process depending on the connection and eats up your data allocation if you do not have a WiFi connection when you want to perform this process.

Part 2: How to transfer WhatsApp to iPhone 7

Alternatively, you can use a third-party solution to transport WhatsApp messages to iPhone 7; one of such tools is dr.fone - WhatsApp Transfer. It is able to transfer any content on your current device's WhatsApp app to a new device. It also allows users to backup and/or export WhatsApp message to computers and restores them in smart devices that have the app installed.

If you are currently using an iPhone and planning to upgrade to the new iPhone 7, here is the guide to set up iPhone 7 WhatsApp from your old device: 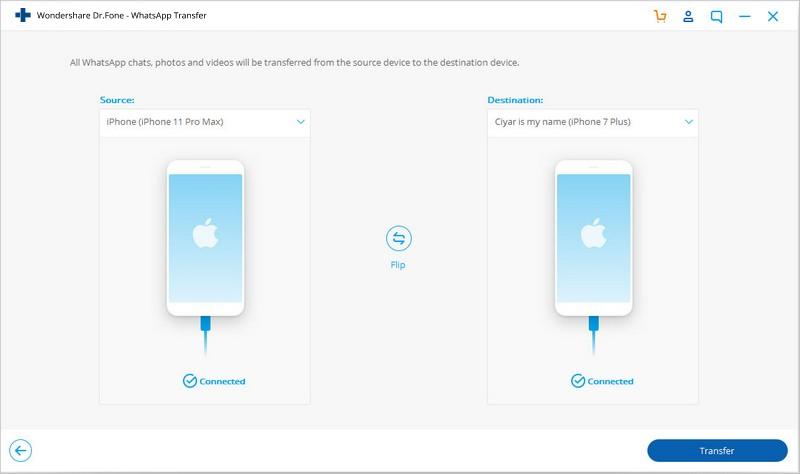 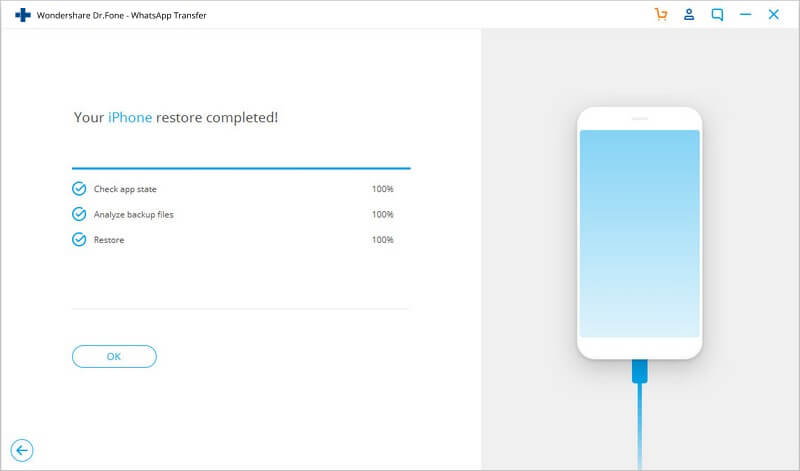 In case you want to have a change in the type of devices that you use, for example from an iPhone to an Android device, you can also use dr.fone - WhatsApp Transfer to transfer WhatsApp messages. Here is how you can do it using this software: 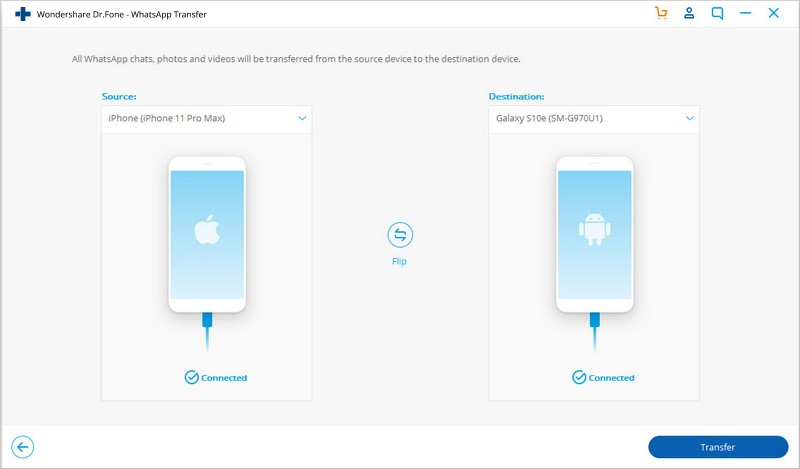 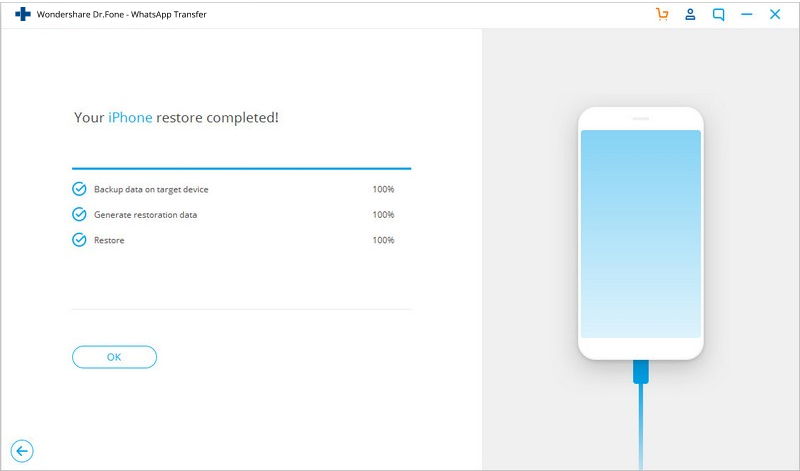 As you can see, it is really easy---all you need are three steps. Just remember to not interrupt the connection between your devices and computer. If this connection is interrupted, the copied content may be compromised or left behind.

Easy enough right? Now that you know how, we hope you explore your options when the time comes! You should really not be intimidated with the complexities of getting content from one operating system to another as there are so many solutions to this problem. Good luck and enjoy your new iPhone 7---you should really explore the device so that you will be able to fully utilise its capabilities.

How to Transfer WhatsApp to Your New iPhone 7