Anticipation around the new iPhone 13 is building around, although Apple is yet to set a date. Unlike last year due to pandemics, the company delayed its release date, but this year reports suggest that Apple is scheduled to launch the new model around its traditional launch month of September.

In this article, we will discuss all the information and specifications about the new iPhone 13.

In 2020, Apple released iPhone 12 slightly later in October due to disruption by the coronavirus pandemic. The tech giant typically releases the new iPhone in September every year. However, this time around, the company is sticking to its traditional release month, September, just a few weeks away. Tentatively, following their pattern of previous launches, you could expect Apple to roll out its new phones on the third-fourth week of September, which would be between September 13 to September 24, 2021.

So as we inch closer to the reveal date, let's find out its specifications and compare it with iPhone 12. 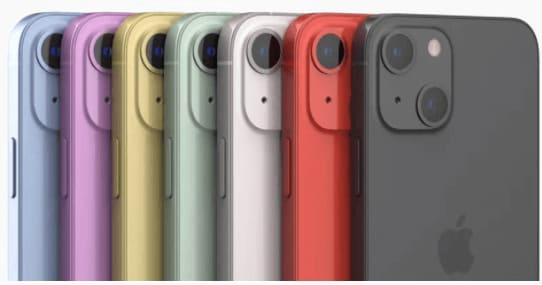 The new range of colors that the iPhone 13 is rumored to offer include black, silver, rose gold, and sunset gold. Out of these, matte black is the most likely one to be presented, which might be available in more very dark grey than actual black, and also with a metallic touch.

Moreover, the word around is that the new iPhone will also be available in rose pink. 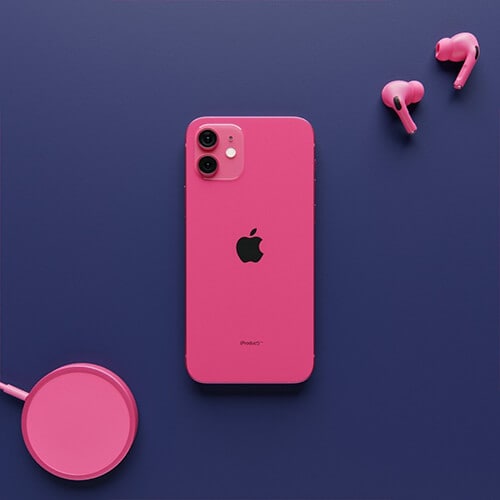 Although it is very early and difficult to know the new iPhone 13, it is unlikely that Apple will exceed the prices. Also, as iPhone 13 isn't expected to be a major technical upgrade from the iPhone 12, which was the first to include 5G support, our analysis says that the starting price would be around of iPhone 12 range of £799/$799.

Few analysts also believe that Apple might also follow Samsung and Google's strategy from the last year and decrease iPhone 13.

The buzz is that Apple's new lightweight and sleek iPhone 13 will offer 120Hz LTPO display (which is around 33% quicker than 90 Hz screen offers) on both Pro models, along with larger and improved batteries due to its upgraded 5G modem and considerable upgrades to the camera and video features. Let's look into them in brief.

The iPhone 13 handsets will power on an A15 processor, which will be quicker and based on an improved 5-nanometre production process instead of 3nm process, expected on the A16. This up-gradation will deliver more efficiency than the A14, which is provided in the iPhone 12 series.

As Apple said in the big jumps in its iPhones are expected in 2022, iPhone 13 still would a decent upgrade on batteries with 5G modem supporting the battery life accompanied by economical use with LTPO displays. 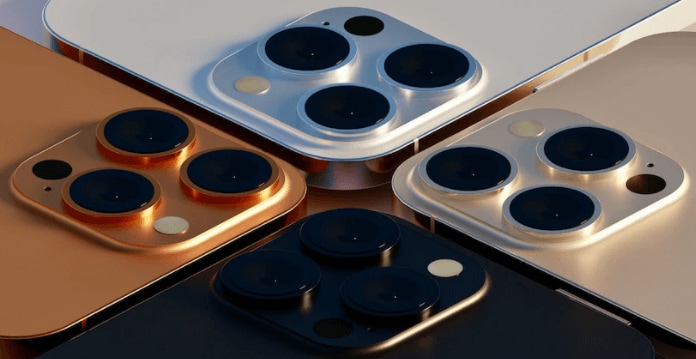 The camera module is also expected to be bigger than the prior one, and that the camera bump will extend even more than the iPhone 12, making the new iPhone a bit thicker. You can expect some changes in the camera, which can uplift your photography skills as the phone possibly will feature a Single-camera setup on the rear. Analysts are considering a 13 MP + 13 MP camera with Digital Zoom, Auto Flash, Face detection, Touch to focus feature on the rear camera. Also, the front camera is said to be 13 MP for sharp selfies and video calls.

The pro models of the iPhone 13 are said to get up to 1TB of storage option for the first time in the history of the iPhone series.

Moreover, iPhone 13 is said to have bigger charging coils this time, which could mean the requirement for stronger magnets and the possibility of reverse charging. Reverse charging lets you charge the other Qi devices on the back of your phone. There is also speculation that the Lightning port on the bottom of the iPhone will be removed, and instead, new MagSafe technology will be brought on to charge the phone and sync data. Alternatively, Apple might replace the Lightning port with a USB-C port just like it did with the MacBook, iPad Air, and iPad Pro lines.

Apple is also rumored to present an in-display fingerprint sensor and Face ID as an alternate biometric authentication method.

We are probably sure about iPhone 13's software, which will run on iOS 15 because the next-gen software is still a farthing. You can get an idea about this software through the iOS 15 beta version, which includes updates to FaceTime, Messages, helps you be in the moment by prioritizing your time and attention, intelligently ordering the relevant notifications at the to, Wallet, Weather, Maps, etc. 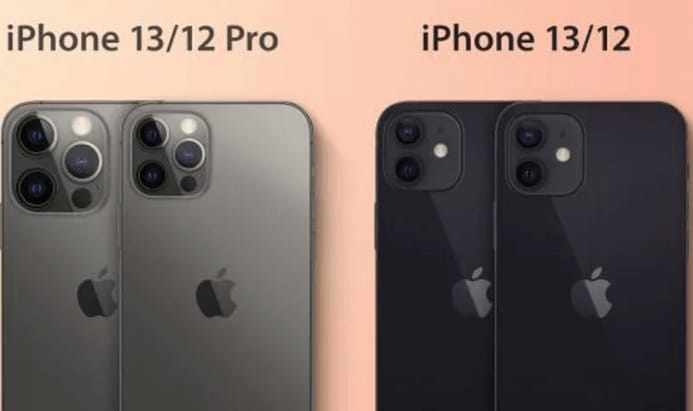 Apple's new iPhone 13 is expected to add new features with an upgraded design and refurbished camera. Let's compare it and see the difference between iPhone 13 and iPhone 12 models?

According to Ming Chi Kuo, an analyst at TF International Securities, the new ‌iPhone 13‌ will be presented in the same four model sizes as iPhone 12, however, with few tweaks and improvements to the camera technology. The first minor change expected in iPhone 13 and 13 Pro models is the increased thickness to around 7.57 mm compared to iPhone 12 models of 7.4 mm thick. Also, the camera bumps in iPhone 12 were between 1.5 mm to 1.7 mm, whereas iPhone 13's bumps are expected to be 2.51 mm and the 13 Pro's to be around 3.56 mm in a way to prevent lenses from sticking out.

The price range for the new models is expected to be in the same range as the iPhone 12 as these are just iterative upgrades. But you cannot forget the expansion of storage options of up to 1 TB, which can increase the prices of Pro models. 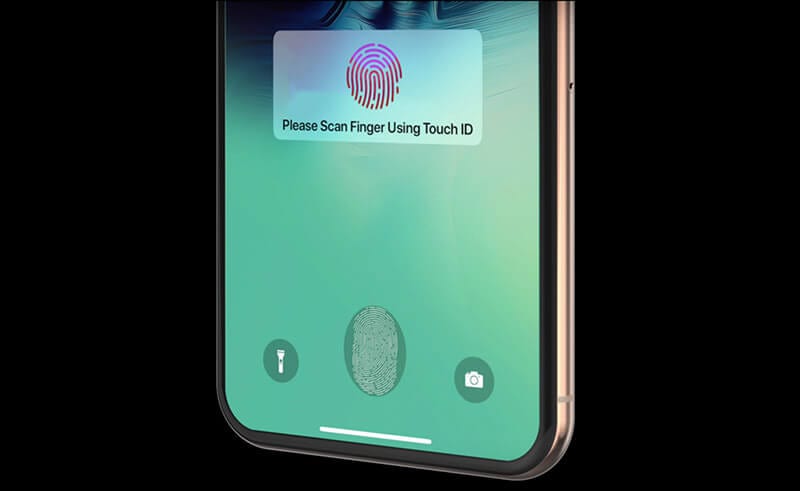 Apple has been using only Face ID since the iPhone X. However, with face masks being the new normal, it might be difficult to remove them in public places. Hence, Touch ID's are also expected to be back with iPhone 13 models. But this time, it would not have a separate button and instead embedded under the screen. 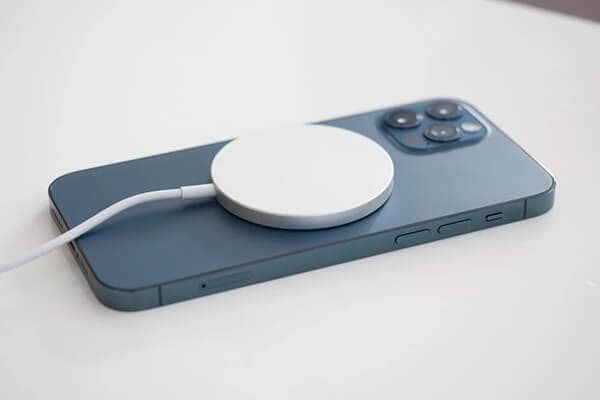 Since Apple introduced MagSafe wireless charging on the iPhone 12 series, speculations were making rounds that the company might abandon the Lightning port on the iPhone 13. Although few of you might favor it, Apple likes to bring in few changes every time. USB-C would be preferable, but that may never happen. Also just like no headphone jack in iPhone 12, analysts do not see that coming back here.

Adding to the battery features discussed earlier, the battery sizes are rumored to begin from 2,406 mAh for iPhone 13 mini against the 12 mini's paltry 2,227 mAh power pack. The iPhone 13 Pro Max might touch the largest bar of 4,352 mAh battery on iPhone. 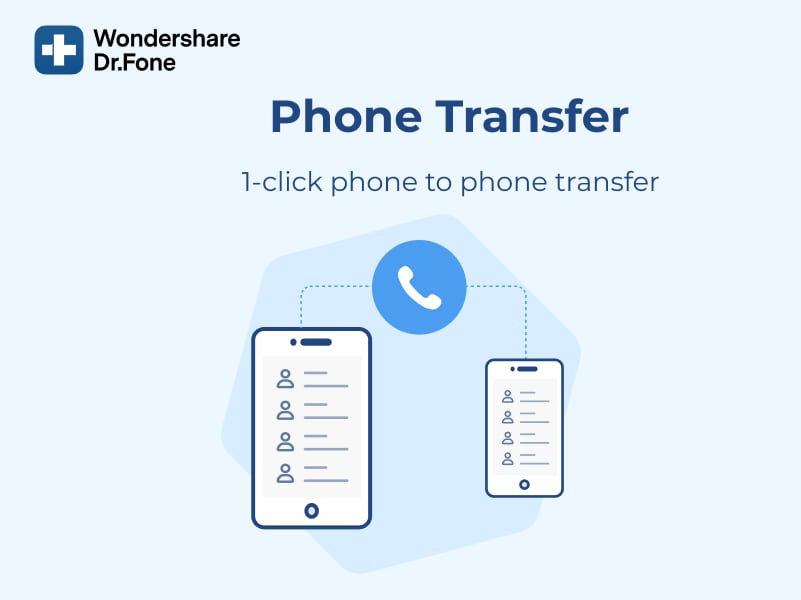 iPhone 13 Pro Max vs Huawei P50 pro: Which one is Better?