How to Root LG K10 and Install TWRP Custom Recovery?

TWRP custom Recovery has been there for years now helping modify Android devices. This can help take complete backup of your device, restore and repair it, etc. TWRP also allows flashing custom ROMs/MODs and rooting scripts. Once TWRP custom recovery is installed on the device, SuperSU can be then installed on it to get root access.

So guys, what are we waiting for? Let us start with the following process for LG K10 root.

Part 1: Before you begin

This section is very important in terms of a checklist to root LG K10 as we need to ensure that certain procedures are followed. Before you begin with the rooting process, there are few things which are required to be made sure of.

Here are some of the things which are to be checked before moving ahead with the rooting process: 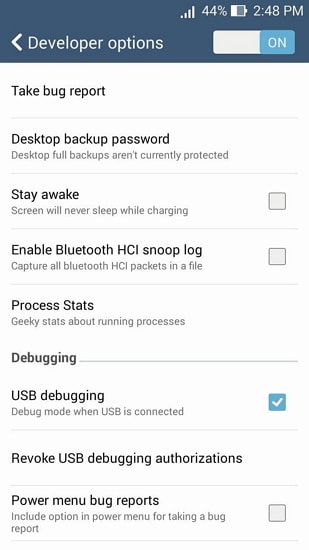 TWRP would be the best option available for custom recovery on LG K10. You can install TWRP Recovery in LG K10 device and root the device afterwards to make modifications in it. TWRP can be used by Android users to directly flash a zip file to the Android device where the files could be custom ROMs, MODs, rooting scripts, etc. This also helps in taking the whole device backup at any moment i.e. nandroid backup. TWRP custom Recovery is also used to run rooting scripts or even install SuperSU in the Android device.

In order to install TWRP Recovery on the device, simply follow steps given below:

Now, place the twrp.img file you have already downloaded in the folder named “Adb & Fastboot” on the computer you are using.

Step 2. Now, open the command prompt within the ADB & Fastboot folder by using Shift + Right click anywhere inside the folder and choosing “Open Command Window” as shown in the picture below. 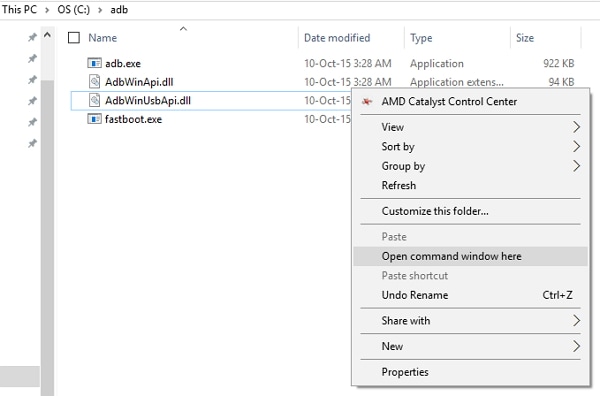 Step 3. Once the command prompt window is open, have the LG K10 device connected to the computer to execute the command “adb reboot bootloader”, as shown in the picture below:

Use the twrp.img name (name of the file downloaded earlier by you) in the command. Once the TWRP is fully flashed on the LG K10 device, reboot the device using the command “fastboot reboot” as shown in the image given below:

This will take few seconds before the TWRP custom Recovery is fully flashed on the device.

Part 3: How to install SuperSU on the LG K10

SuperSU is a manager app which manages the root permissions on the Android device once it is rooted. In the SuperSU flashable zip, comes SuperSU app and binaries necessary to get root access. So, you can flash the flashable SuperSU zip file via a custom recovery to get the root access on the LG K10 device.

Since, here we already have installed TWRP custom recovery in the LG K10 device, the next step is to flash the device with SuperSU app to get root access. 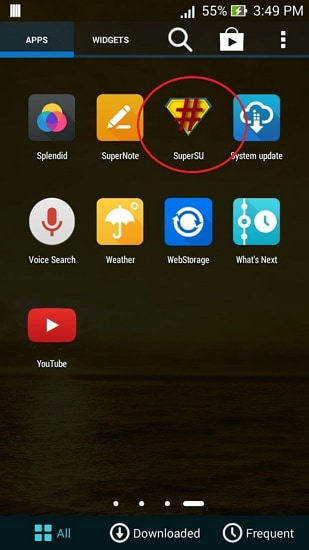 Step 1. First of all, download the SuperSU. Zip file from internet. This file contains the SuperSU app along with the binaries required to get root access of the Android device.

Step 2. Locate and select SuperSU zip file that you have downloaded and move it to the internal storage of the LG K10 device.

Step 3. Now, boot the device into “Recovery Mode”. Use Volume Down button and the Power button simultaneously to go into Recovery Mode.

Step 5. Swipe to confirm and install SuperSU at the bottom of the screen to initiate flashing.

Once the installation of SuperSU is complete, reboot their device. Choose the “Reboot System” option presented to you to reboot the device. The device will reboot normally in some time.

After you have installed TWRP custom Recovery on the Android device, perform a nandroid backup which creates an image of the system. The nandroid backup is a complete backup which can help in case you lose out on any data. You can even have the backup process performed before starting off with the process where you backup all the data present on the Android device. This will ensure data security which can be used later to restore to the device in case anything is lost in the process. Lastly, what’s important is to ensure that all the steps are followed sequentially while you root LG K10.

So in this article we learnt how we can root LGK10 and install TWRP for custom recovery. Please follow every step closely and correctly to ensure that it works out the best for you.