Note 5 is undoubtedly one of the best Android smartphones out there. Produced by Samsung, it is currently used by thousands of users all over the world. Though, just like any other Android smartphone, it also comes with certain restrictions. In order to make the most out of your Android device, you should know how to root Note 5. Don’t worry! We are here to help you. In this guide, we will provide a list of stepwise instructions to root your device. Additionally, we will make you familiar with all the risks and benefits that are involved during the process of performing Note 5 root.

You might already be aware of some major benefits that one can experience after the rooting process. In order to truly customize your phone, you need to root Note 5 beforehand. Here are some of the major benefits of rooting your Android device.

1. Block ads in apps: Most of the users don’t like those in-app advertisements that compromise with their smartphone experience. After rooting your device, you can easily get rid of these ads.

2. Install Custom ROM: This is probably the most widely known benefits of rooting. After rooting, you can install a custom ROM and personalize your Note 5 device as per your needs.

3. Removing pre-installed apps: Just like most of the Android phones, Note 5 also has plenty of inbuilt apps that can’t be uninstalled just like that. After performing Note 5 root, you can easily remove them.

4. Install more apps: Ideally, your device won’t allow the installation of apps from an “incompatible” source. After rooting, you can change that and even install apps that were earlier blocked by your carrier.

6. Automate everything: You can also download certain apps to automate almost everything in your device by applying the IFTTT (If This Then That) logic.

7. Change Android Skin: Yes! You have got it right. After rooting, you can easily change the overall look and feel of your device.

There are plenty of other benefits that you can enjoy after performing the root Note 5. For instance, you can take a complete backup of your device, install a surveillance app, or can truly take the power of your device in your hands.

While you can get an unparalleled access to your phone after performing the Note 5 root, there are also certain risks involved in the process. Here are some of the major risks of rooting Note 5.

1. Tampering the warranty: This is the most evident risk behind the rooting process. Except for a few smartphones, most of the Android manufacturers will void your warranty after when you would root your device.

2. Loss of data: If the rooting process would be halted in between due to any unforeseen issue, then you might end up losing the data from your device. So it's better to take a full backup of Note 5 before proceeding.

3. Exposure to security risks: Since after rooting, you would be able to download apps from unreliable sources, it might compromise the overall security of your device. It can get exposed to malware and virus.

4. Update issues: Needless to say, after rooting your device, you might have to face a few setbacks in order to update it.

Nevertheless, considering all the benefits of rooting and counting the well-curated outcomes, it is certainly a risk worth taking. If you wish to root your phone, move ahead and learn how to root Note 5 in the next section.

Part 3: How to root Note 5 with Android Root?

If you are planning to root Note 5, then you certainly can’t find a better solution than Android Root. The software comes with the Dr.Fone toolkit and will let you root your Android phone without any trouble. It is currently compatible with more than seven thousand different devices and holds an impressive success rate. One of the best things about Android Root is that it is an entirely safe and reliable way to root your device. You would be able to gain an unmatched access to your device without losing anything at all.

Though, before we take things ahead and teach you how to root Note 5, it is important that you enable the “USB Debugging” feature in your device. To do this, go to Settings > About Phone > Build Number and tap it seven consecutive times to unlock the Developer Options. Now, go to Developer Options and enable the USB Debugging feature to proceed.

Great! Now when you are prepped up, follow these easy steps to root Note 5 using Android Root.

1. Start by downloading Android Root from its official website right here. Install the application on your system and launch it whenever you are ready.

2. Now, you can use a USB cable to connect your Note to your system. As soon as you connect it, you would get a pop-up message on your screen regarding the USB Debugging permission. Simply tap on the “OK” option to allow it. 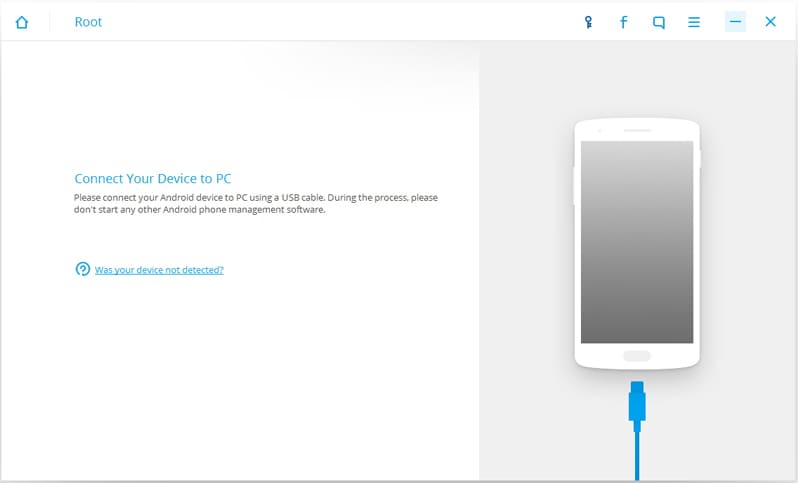 3. Android Root will automatically detect your device. Give it some time as the interface will make the device ready for the rooting process. It will show the progress on the screen as well. Make sure that you don’t disconnect your device during the process. 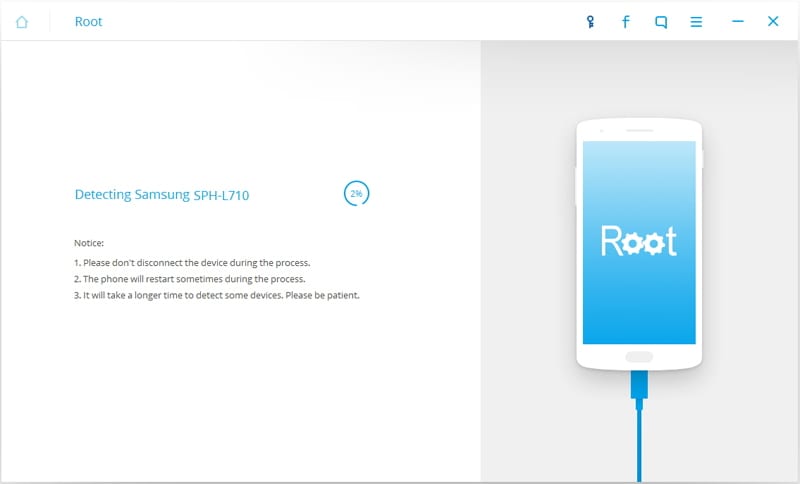 4. After detecting your device successfully, the interface will let you know that it is ready to commence the rooting process. Simply click on the “Root now” button to proceed.

5. This will commence the rooting process. You might get an additional pop-up message, asking to confirm it. Just agree to it and sit back for a while as the software would root your device. As soon as it is done, it will let you know by displaying the following congratulatory message. 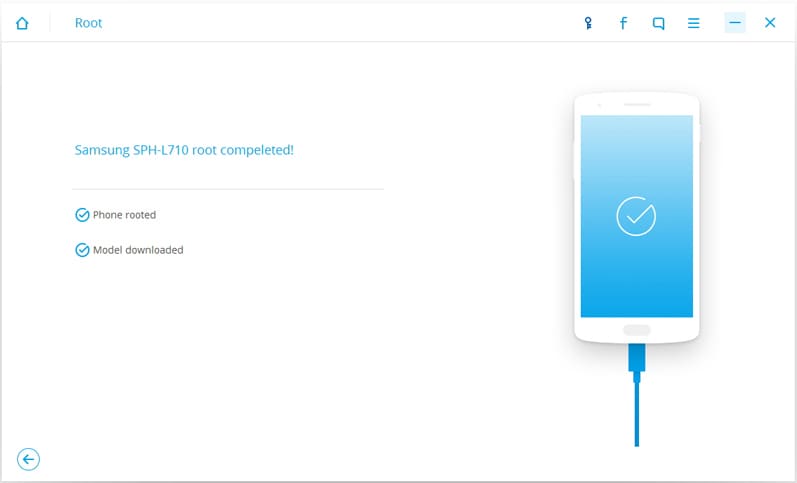 Congratulations! You have just learned how to root Note 5 using Android Root. Additionally, now when you know everything about the pros and cons of rooting, you can take your decision wisely. Go ahead and root your Note 5 in order to have a complete hold on your device.