The Bloons Tower Defense 5 is the recent upgrade of the version 4 of the same game but with more cool and exciting features. As new as the game is, many users may find it hard to grasp the basics and steps completely, and that’s why we have the Bloons TD 5 strategy.

With a detailed Bloons TD 5 strategy, it’s usually easy to play the game regardless of whether you are a new in the field or an expert in the same area. For you to win and succeed in this game, you have to employ different BTD Battles strategy effectively.

In this article, I’m going to list and explain a total of eight different Bloons TD 5 tips, in hopes that each and every tip will be of great importance to you and your fellow gamers.

With BTD5, you can use cash to upgrade your towers. You can easily do this at the twelve round since you don't have the Camo rush needed to keep you going. ; usually at this stage if they don’t have a 2/2 most monkeys need upgrades to pop both of them. At this stage, a good number of beginners usually forget to have a tower that will pop camo leads. At the twentieth round, it's usually advisable to send Moads and BFs gradually. At this stage, you can save up to 1800 for MOAB if they have weak defenses. 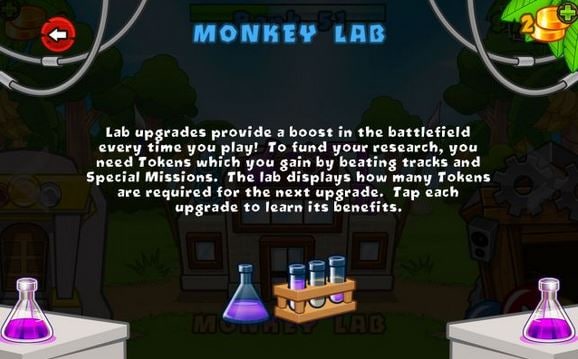 A great Bloons TD Battles strategy is to stay online. Regardless of whether you have an active level to complete or not, always log in on a daily basis. The trick behind this is that you usually gain more points when logged in even if you are not playing. In return, you can use the earned money to upgrade. The good thing about this game is that you need no internet to claim your rewards. Just log in and watch as your cash prizes accumulate. 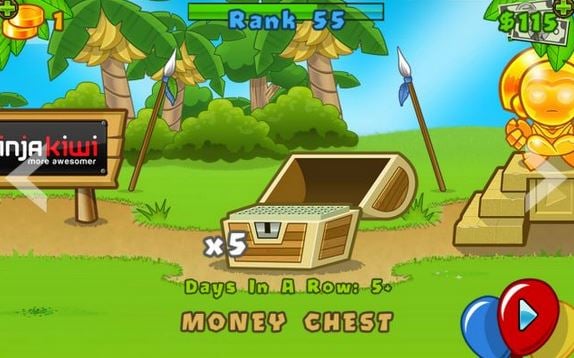 When you want to record Bloons TD 5 strategy on your iPhone, you should go after a program that guarantees you maximum services. One such program is the iOS Screen Recorder from Wondershare. This state of the art program allows you to record Bloons TD Battles 5, as well as other moves that you employ when playing this highly addictive game. If you want to record your adventures with iOS Screen Recorder, just follow these steps.

For you to play Bloons TD 5 and record each and every move you make, you first have to download this program. Once you have downloaded it, open the Recorder program and you can see the screenshot listed below.

Connect both your iOS device and computer to an active WIFI connection.

On the interface of your screen, slide your finger in an upward motion to open the “Control Center”. Under the control center, tap on the “AirPlay” or "Screen Mirroring" option and follow the steps shown in the screenshots below.

Once you have connected your iDevice and PC to the program, a recording interface will open up. Launch Bloons TD 5 and tap on the recording icon. As you play the game, each and every BTD Battles strategy and steps will be recorded by the program. You can then share the video with your friends and on different social media platforms such as Facebook and YouTube. 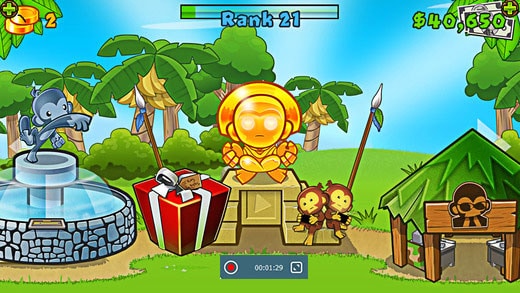 Part 4: Get a Great Combo

When building towers, consider which one of them go hand in hand together. For example, combine the Banana Farms and the Dartling Guns. With this trick, the Monkey Village will easily go after the Dartling Guns. Furthermore, this village works quite well with different combos. Give a try to other combos available in the game. 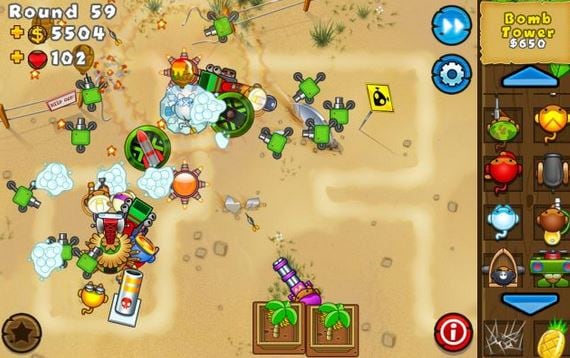 Part 5: Make Use of Special Bloons

When deploying your towers, make sure that you have special bloons with you. These bloons have unique properties which usually make them immune to a good number of towers. Use these bloons when undertaking special missions. 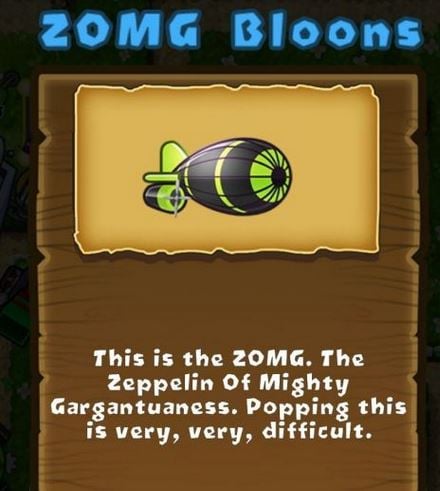 Apart from earning money by popping bloons, you can also get extra cash by buying Banana Farms. These farms usually generate or give rise to bananas which when tapped, give you extra points. You can also get more income by upgrading the Monkey Village to levels of up to 3-0. 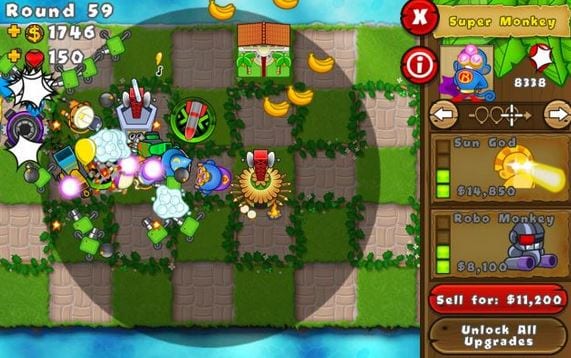 Camo bloons usually have a way of penetrating past your defenses especially if you are not well prepared for them. For you to get even with these bloons, you need to upgrade your capabilities. If you don’t have enough cash to upgrade, you can make use of the Dartling Guns or the Ninja Monkey towers. These are the only towers which can prevent the Camo bloons from getting past your defenses. 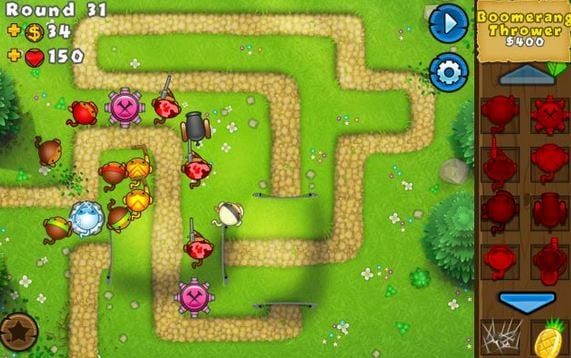 Part 8: Go For The Super Monkeys

The super monkeys have specialized capabilities of protecting your towers from any type of bloon. To get this tower, you need to fork out $3,500. This is where saving comes in handy. When you get this tower, place it next to a recently upgraded Monkey Village. 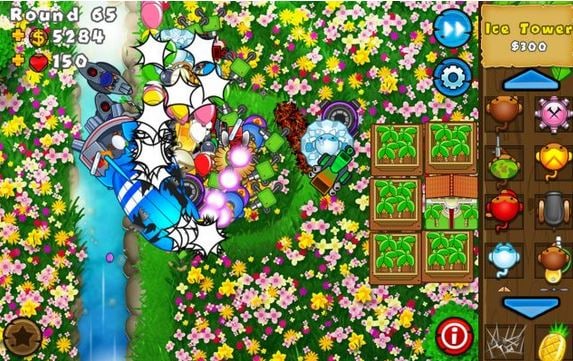 At times, it's usually hard to avoid the high influx of bloons that attack your towers. Regardless of how high your towers are, a good number of bloons will still get past them. To minimize the speed and the after effect of these attacks, go for delaying types of towers. These towers function by slowing down the bloons. Perfect towers, in this case, are Glue Gunners, Ice Towers, and Bloonchippers. 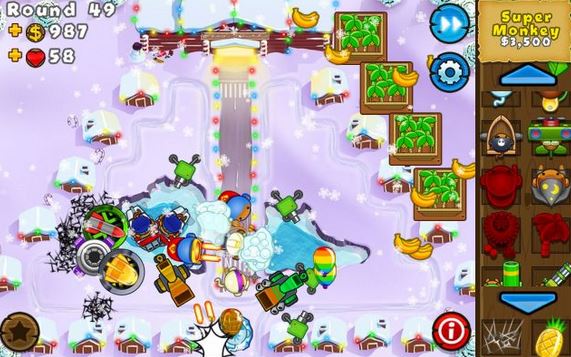 You can also get more Bloons TD Battles strategy and tips from the below video.

It’s no secret that gaming has taken the world by storm especially when you put into consideration the fact that you can now record each and every move you make on your PC thanks to the emergence of screen recorders. As it’s in the case of Bloons TD 5, you can record each and every exciting attack and share the video with your friends. With this in mind, you don’t have to worry about your friends laughing at you just because you didn’t pass a particular level. Simply record the game and send them the video on Facebook or YouTube and let the video do the talking on your behalf.

As a final point of advice, get yourself the Dr.Fone screen recorder, learn the basic Bloons TD 5 tips and record each and every Bloons TD 5 strategy on your PC for future reference.