Years back, you needed an HDMI cable whenever you wanted to mirror your computer screen to a TV screen, a second monitor or a projector. However, with the introduction of Miracast, HDMI technology is fast losing ground. There are over 3.5 billion HDMI devices being used all over the world with cables, but the Miracast app has become the darling of tech media giants such as Amazon, Roku, Android and Microsoft.

This is a revolutionary technology that allows for the wireless connection between compatible devices for purposes of casting media across them. It was first launched in the year 2012, and has quickly become a leading tool, and has made HDMI technology become almost-obsolete when it comes to usability and convenience. 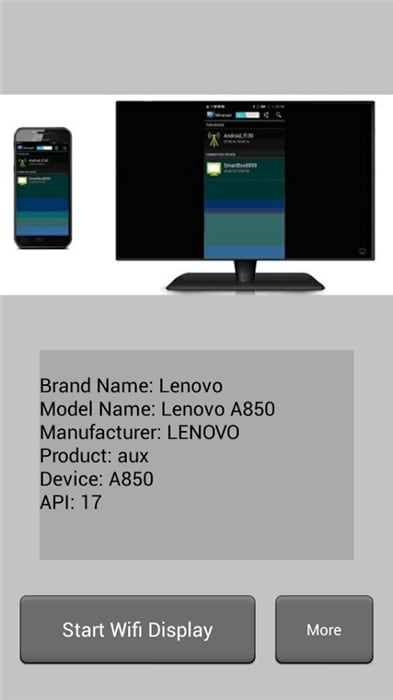 This is an Android application that is used in mirroring your mobile phone to a Smart TV. The Application works as a wireless HDMI screen cast tool which will enable you to view your mobile phone screen in high definition. The LG Miracast app connect to your TV through WiFi and enabling you to do away with HDMI cables. Based on the Miracast technology, this is a tool that is easy to use and allows connection with just a simple tap on your mobile screen. The Miracast app is versatile, and comes with a lot of features, although there are still many bugs that are still being sorted out.

It works wirelessly to mirror the screen of a mobile device to a Smart TV. It works with mobile devices that do not have WiFi ability. This is great for old generation mobile phones whose WiFi is disabled due to performance issues. This Miracast app will only work on Android 4.2 and above, so you must bear this in mind before you download it. There is a free version which displays ads, but you can pay for the premium version and get ad-free mirroring of your phone. With just a simple click on the “Start WiFi Display” button, your phone will sync with the external display and you can now see your screen in an enlarged mode. You can now watch movies from YouTube and play games on your TV screen. 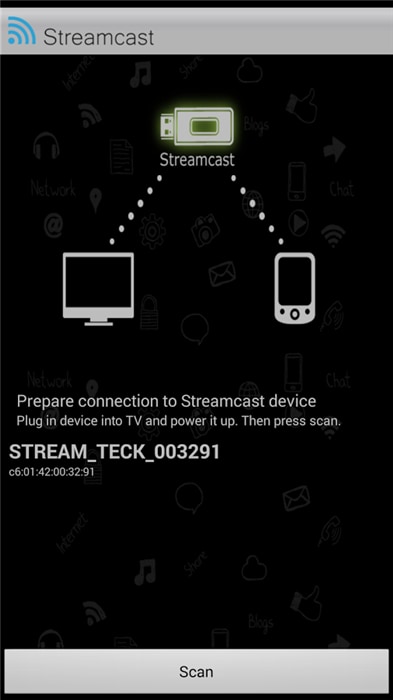 Streamcast Miracast/DLNA is an Android application that can be used to convert any type of TV into an Internet TV or Smart TV. With this dongle, you can stream data such as videos, audio, photos, games and other apps on your Windows 8.1 or Android Smart phones and devices to your TV, using the Miracast app. You will also be able to stream media content that is supported by Apple Airplay or DLNA, to your TV.

The application is able to change the connectivity state of your Android device so it can pair up directly with the TV.

The Pros of Streamcast Miracast/DLNA

The cons of Streamcast Miracast/DLNA

NOTE: For the Streamcast Miracast/DLNA to work properly, you have to setup the network to connect to Access Point. After that, use any DLNA/UPnP application to stream your device apps, photos, audio and video to any TV using the Streamcast Dongle. 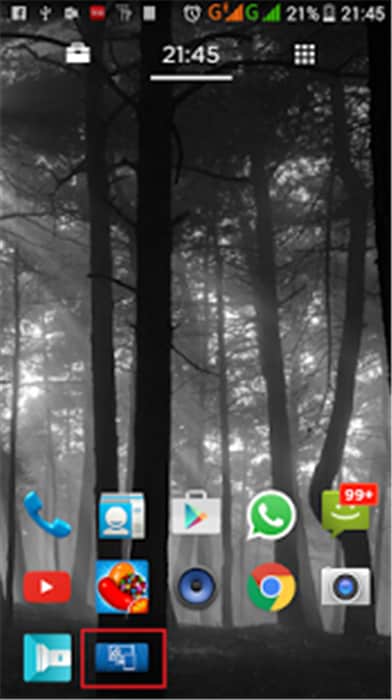 TVFi is an android application that allows you to mirror your android device to any TV through WiFi networks. It is simpler to call it a Wireless HDMI streamer, since you can use it as an HDMI streamer but without the wires. Whatever you display on your Android device will be mirrored on your TV, whether it is a game, or some video from YouTube. This is an easy and fast way of watching all your media and apps on your TV

The Mirror Mode – Through the Miracast app, you have Full-HD mirroring of the entire screen of your mobile device to a TV. You will be able to enjoy the magnified screen, and watch movies or play games using the big screen of your TV. You can view photos, browse the net, use your favorite chat applications and more, using this mode.

The Media Share Mode – TVFi has an inbuilt support for DLNA, which allows you to share video, audio, and pictures to your TV through your WiFi network. This mode will allow you to share your old generation phones, which may not be compatible with Miracast. When you use DLNA, you can share media from your laptop, desktop, Tablet or Smartphone with ease. When you use TVFi in this mode, all your media is synchronized in one place making it easy for your to select what you want to watch or listen to. 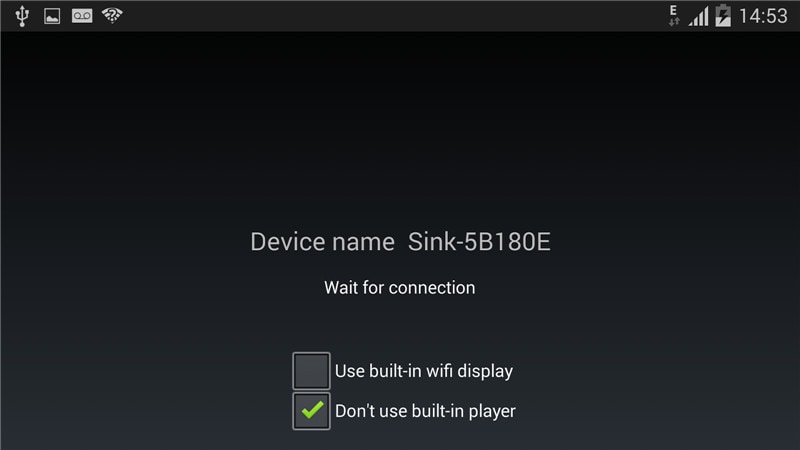 Miracast Player is an Android application which allows you to mirror the screen of your Android device to any other device running on Android. Most mirroring applications will mirror to the computer or Smart TV, but with Miracast Player, you can now mirror to another Android Device. The first device will display its name as “Sink”. Once started, the application will search for the second device, and once it is found, its name will be displayed. You only have to click on the name of the second device in order to establish a connection.

This is an Android device that easily connects to another Android device for purposes of sharing the screen. It allows people to easily share their screen so they can do simultaneous tasks. If you want to teach someone how to use an Android app, you simply mirror it on the other phone and you can take your student through the steps. It is one of the easiest phone-to-phone screen casting devices. If you want to watch a movie on your phone and let someone else watch it on his, then you can do so with ease.

It sometimes has issues with playback of the screen. The screen will only display as a black screen. This may require you to toggle the “Don’t Use In-built Player” or “Use In-built WiFi player”, if they are available on the devices.

With this tool, you can mirror your screen using the following applications and more:

Once installed, you will get a widget which is named the Miracast Widget. This will enable you to directly mirror your mobile screen to a TV or other compatible device. This is a great way of viewing your mobile device screen on a larger screen such as a computer or TV. Upon casting the screen you will see the name of your device prominently displayed on the screen. Click on the widget once more when you want to disconnect.

You will also get a shortcut placed in your app tray, with which you can launch the widget with just a simple tap.

NOTE: There are new bug fixes in the upgrades, but some users say that the application did not work well after upgrading. This is a developing app and will soon be one of the best.

Miracast is an application that can be used for Miracast apple dissemination of data from one device to another compatible device. You can use the LG Miracast app to mirror the screen of your mobile device to any LG Smart TV and those from other notable brands. The applications listed above have their pros and cons, and you must consider these well before you decide which one you will use.