How to Use iOS Emulator for Android

As mobile penetration is accelerating, applications have become the top business for the two mobile operating systems, android and iOS. Their competition stretches to even include, performance, features, uses and working. Android being developed by Google while iOS is Apple's baby, android is open source while iOS's accessibility is limited. Android's applications can be accessed from Google Play Store and iOS application can be accessed on Apple App Store. While mobile application for the operating systems have usually been doubled to suit the two systems, there are some iOS applications that you still can't find for Android and vice versa.

Competitions and the different makes of the two systems have ensured that they done share the same coded applications. Android currently enjoys popularity among mobile users while iOS still maintains their limited target market. Even though many people seem to choose Android, they still want to feel the experience of iOS application on their android devices. The continuous improvements in technology are now fulfilling the dream of many android users with iOS emulator for android. Any android user can download the android iOS emulator.

2. How to use iOS Emulator for Android 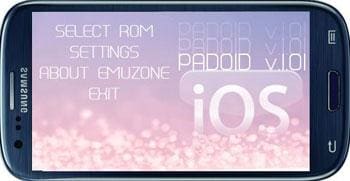 After you finish installing and all is well. This means you can now enjoy your unlimited range of choices when it comes to applications. Whether an application is only available for iOS and not for Android, or the iOS version is better than the Android version, that isn't one of your problems. iOS emulator for Android basically mimics the application binary interface of a foreign operation system, in this case, iOS. This then leaves room for your Android device to run an iOS application unmodified. The emulator feels real when using your applications, giving the same experience that an iOS user will feel using that particular application you want to install on your Android phone.

With a command of 75% market share, one might be asking why it would be possible to find an application made for iOS but not available for Android. Compelling reasons include, the ecosystem of Apple. Most users, together with developers would prefer Apple's closed environment which is tightly controlled. The fact that iOS customers are willing to pay for their applications unlike for Android which leads to more revenue for app developers and their backing companies. Logically, developers will concentrate more on developing good applications for iOS over Android. More so with most popular games that have a huge traffic. To top it all, the long procedure of Apple's approval process of the application ensures quality applications being uploaded. The more the user expects only quality applications, the more pressure there is to the iOS app developer to ensure quality in their product, thus more competition and apps that give more exciting experience. . 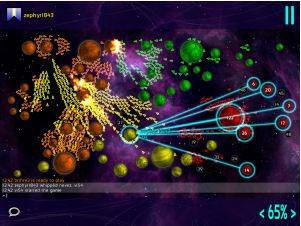 The above reasons give a natural lead for Android customers/users to wish to have a feel of iOS applications though without buying an iPhone or IPad. It emphasizes on the architectural design that makes them enjoyable. This does not assume all iOS applications are better than Android ones though. iOS emulator for Android is also ideal for developers who want to test their iOS applications without using an Apple device, cutting costs of buying.

While this article refers to one particular tool of emulating iOS on Android. There are many projects that have and those that are still developing iOS emulators for Android, hence giving a wide choice to choose with a possibility of finding even some that are for sell and those that are free. Most Android iOS emulator tools will come with guidelines on how to use them, giving you a step by step procedure which may vary from the one given in this article. The best option is always to compare them at a trial basis or even look at the reviews by some customers and that will give you a general understanding of both advantages and disadvantages of the tools. With the continuous advancement of technology, these tools also update and become even more brilliant, giving a better user experience.