Dr.Fone Guarantees You No Worry for iOS 15 Upgrade

Dr.Fone is a complete mobile device solution for all iOS devices. It solves problems either when or after you update your device to iOS 15. 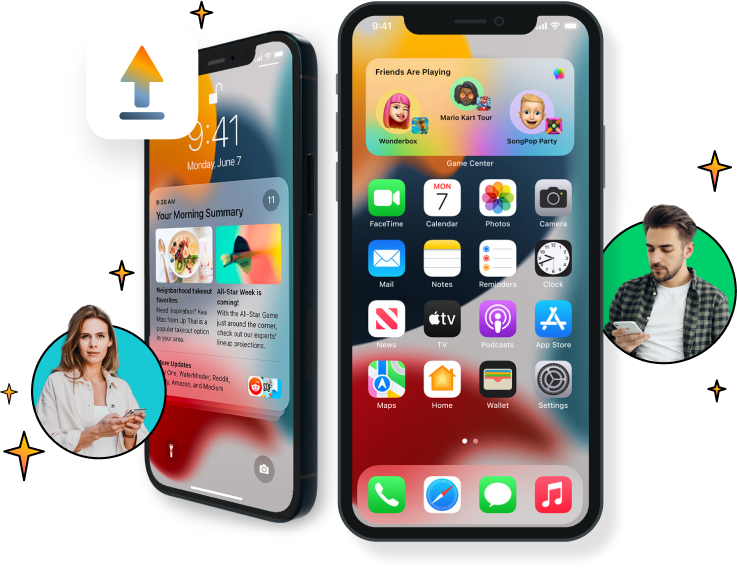 iOS 15 Downgrade: How to Do It Safely & Easily

Part 1. Are you well prepared for iOS 15 downgrade?

The latest iOS update has been released, but users are already complaining about some of its glitches. To overcome these problems, you might consider doing an iOS 15 downgrade. Though, you should take a step back and understand its repercussion. For instance, a downgrade might erase all the existing data on your phone including your photos, apps, contacts, etc. Therefore, it is important to take the needed precautions before you undo an iOS 15 update on iPhone.

This is the most important thing that you should take care of before you downgrade iOS 15 to a previous stable version. When we downgrade an iOS device, it might end up deleting all the data stored in it. From media files to app data – you might end up losing all the existing content on your phone in the process. Therefore, the best way to learn how to downgrade from iOS 15 to a stable version is by taking a backup of your phone. In this way, after you finish the downgrade, you can easily get back your important data by restoring its backup.

The entire process of downgrading an iOS version is time-sensitive, which a lot of users are not aware of. Let’s talk about this in detail.

1.3 Select the correct version to downgrade from iOS 15

1.4 Know how to downgrade to a version no longer signed by Apple (if necessary)

As you know, in order to downgrade iOS 15, you need to take the needed steps within 14 days of its official release. Also, users can only roll back to a previous stable version. Though, if you have passed the 14-day duration and want to downgrade to a version no longer signed by Apple, then you need to use a third-party tool. By taking the assistance of tools like TinyUmbrella or TaigOne Downgrader, you can install any supported iOS version on the device. They mimic Apple's signature, letting us install personalized firmware (iOS version) on iDevices.

Though the entire process would be pretty technical, and it might not yield positive results. Since these third-party tools are not supported by Apple, you need to jailbreak your device to do it. This is not recommended as it will affect the warranty of your device and you would no longer have access to the official iOS releases as well. Furthermore, it will make your device vulnerable to unwanted security threats.

Now when you are aware of all the prerequisites to downgrade iOS 15, you can easily meet your requirements. Ideally, you can take the assistance of iTunes or any other third-party tool to learn how to downgrade from iOS 15. In any case, make sure that there is a backup of your device maintained beforehand. To make things easier for you, we have provided two solutions for doing an iOS 15 downgrade.

Note: Please check on https://ipsw.me/product/iPhone to make sure the compatible firmware is available before downgrading. 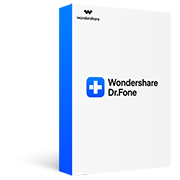 Get for PC Get for Mac

Though, there are a lot of users who wish to take the assistance of iTunes to do the same. While you can perform iOS 15 downgrade with iTunes, it has its own cons. For instance, you might end up losing the existing data on your phone as it would restore your device to its factory settings. The process is also a bit technical, and you might end up damaging your device in the process.

Steps to downgrade iOS 15 with iTunes 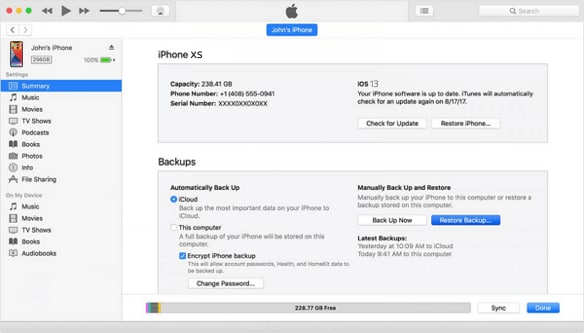 As you can see, sometimes it can be tough to undo an iOS 15 update on iPhone or iPad. To make the entire process simpler, there are tons of third-party tools that you can try. Not only will they let you downgrade iOS version without losing data, but they would also yield better results. Also, if you have a jailbroken device, then you can even downgrade it to any previous iOS version. Let’s get to know more about the features and flexibility of some of these readily available tools.

3.1 Downgrading Tools for Common People (Fast & Easy to Use)

If you are a beginner and do not have a lot of technical knowledge about iOS downgrading, then consider picking either of the following tools. 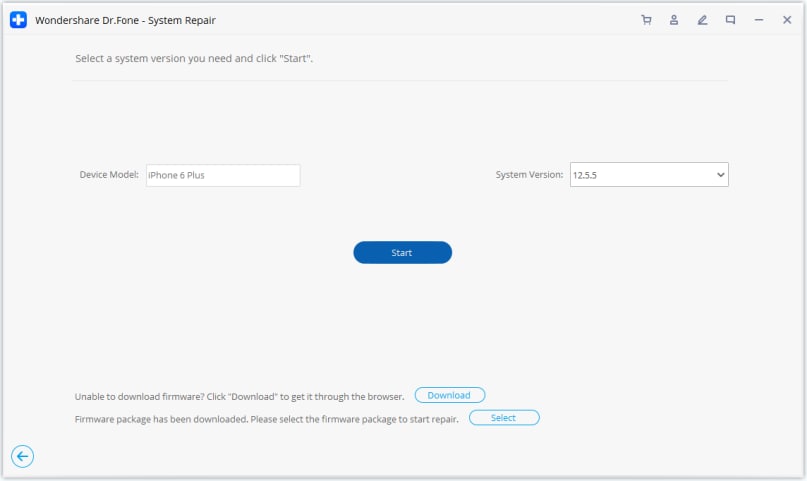 3.2 Downgrading Tools for Tech-savvy Users (Complex But Can Achieve More)

If you want more flexibility with your device and have decent technical experience, then you can also explore some of these options too.

TinyUmbrella is one of the most popular tools for jailbroken devices. It takes the assistance of SHSH Blobs to upgrade or downgrade your device. When we update our iOS device, it saves SHSH Blobs that store details about its firmware and model. 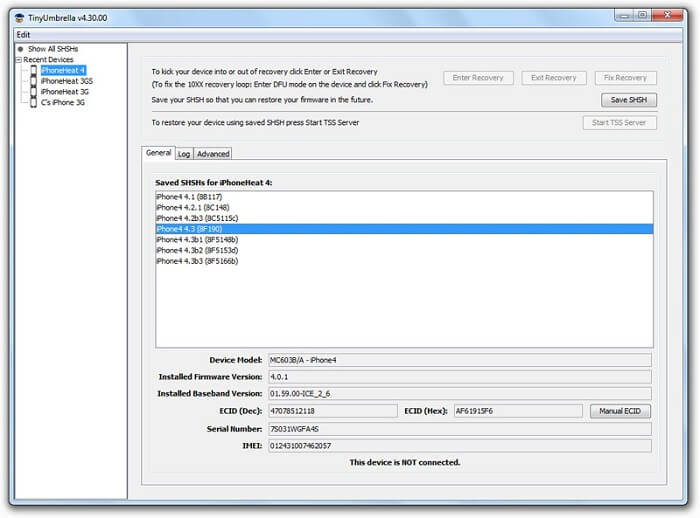 If you don’t want to use a desktop application to do iOS 15 downgrade, then try TaigOne Downgrader. As the name suggests, it is a dedicated iOS app that can help you downgrade the firmware to the previous stable version. 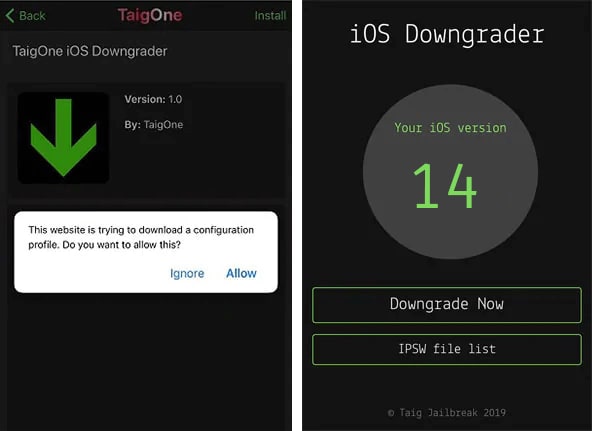 This is a freely available desktop application for Windows that lets us downgrade a jailbroken iOS device. Ideally, it is an SHSH dumper, letting users dump their SHSH Blobs for others to access. 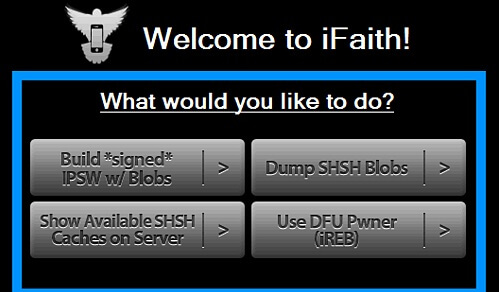 What are SHSH blobs for iPhone?

Both SHSH and SHSH2 blobs are referred to digital signatures deployed by Apple on respective IPSW files. This protects the authenticity of the IPSW files and only signed software would be installed on the device. When Apple releases a new iOS version, it stops signing the previous version. In this way, users need to upgrade to the latest public iOS version. This is where previously saved SHSH blobs are used to forge these signatures in order to downgrade our devices.

It happens when we try to downgrade the device to an incompatible iOS version. A faulty internet connection or low free space on the device can also trigger it.

While downgrading your device, your phone might get stuck in the recovery mode, Apple logo, or the DFU mode screen. The situation might seem a bit tedious, but you can try to resolve it by forcefully restarting your phone in most of the cases.

Downgrading from an unstable version, the download process of the firmware update has been halted in between, or any other firmware related issue.

The final step in the downgrading process is when the existing data on the device is recovered. Though, while doing so, the device might get stuck in the process and end up in the same loop.

Most of the users take the assistance of iTunes (and an IPSW file) to downgrade iOS 15. Though, if there is a problem with the file, your device, or iTunes, then the process might not work.

An unsupported version of iTunes, corrupt IPSW file, or conflict with the device itself can result in this error.

4.5 iPhone stuck in a loop trying to restore during downgrade

While restoring the device during the downgrading process, your device might get stuck. For instance, it can get stuck in a restart loop, not letting you access the device.

Lack of free space on the device, corrupt storage, incomplete update, bad IPSW file use, or any other compatibility issue.

SHSH Blobs are Apple signatures that are needed to downgrade iOS 15 in a timely manner. Their absence or a wrong SHSH entity can tamper with the downgrading process.

Wrong SHSH blob, corrupt unit by a third-party dump, or an expired SHSH blob can be some of the major reasons for this.

4.7 Lost all data after iOS 15 Downgrade

This is one of the worst nightmares for any iOS user. After completing the downgrade, the chances are that you might end up losing all the saved photos, videos, contacts, messages, and other important files from your phone.

The process could be halted in between, a corrupt device, bad firmware, and so on. An upgrade to an unstable release of iOS can also cause data loss on your device.

Even after losing their data while downgrading an iOS device, users try to restore an existing backup. Sadly, there are times when the previous iTunes or iCloud backup ceases to restore on the downgraded device.

The problem usually occurs due to a compatibility issue among various iOS versions. For instance, you could have taken the backup of your device when it was running on another iOS version and now you are trying to restore it on an unsupported iOS version.

?It is possible to downgrade iOS?

?How to install an older version of iOS?

There are all kinds of ways to undo an iOS 15 update on iPhone. If you want, you can take the assistance of iTunes to do the same. Though, to downgrade iOS 15 without losing data, consider using a more sophisticated tool like Dr.Fone - System Repair (iOS). In case if you have a jailbroken device, then you can even give tools like TinyUmbrella a go.

?What does a signed IPSW mean?

When we install an iOS version on the device, the Apple server asks for a digital signature to authenticate it. A signed IPSW file would have a verified signature issued by Apple, letting us upgrade/downgrade the device without any hassle. Therefore, if an IPSW file is not signed by Apple, then it will not be recognized by the server and the upgrading/downgrading process won’t be completed.

?Can you save SHSH blobs after Apple stops signing?

There are all kinds of SHSH dumps and readily available third-party tools that can help us force Apple’s signature and create SHSH blobs even after Apple stops signing them. Though, you should know that Apple might revoke the authentication of such SHSH blobs anytime. To do this, you need to have a jailbroken device and use a dedicated tool like iFaith or FutureRestore.

?How to join and leave the Apple Software Program?

The Apple Software Program lets us test the releases of iOS before the public availability. You can join or leave the program anytime you want without spending anything. If you want to leave it, then go to the Unenroll section of the website.

?Can I downgrade to an unsigned iOS?

Ideally, you can’t downgrade your device to an unsigned iOS version. This is because the Apple server won’t authenticate your downloading request without a valid SHSH blob. That is why users take the assistance of a previously saved SHSH blob to do the same. You can also use a third-party downgrading tool to do it as well.

?How do I remove the software from my iPhone?

After downgrading an iOS update, you might find an existing software profile on your device storage. To remove this, just go to your device’s Settings > General > Profile and select the iOS profile from here. Tap on the “Delete Profile” option and confirm your choice to remove it.

?Can you save SHSH blobs after Apple stops signing?

You can restore a previously stored SHSH blob from your device or forge Apple’s signature. There are a few third-party tools like FutureRestore that can help you do the same. You can also choose to dump your SHSH blobs in order to use them afterward. Though, in most of the cases, users have to jailbreak their device in order to do it.