The idea of screen recording is not an uncommon one. From creating a tutorial video to making a gameplay strategy, screen recorders are helping plenty of users out there to perform their everyday tasks. If you also wish to record the activity on your screen, then you have come to the right place.

In this post, we will provide five best alternatives to AZ screen recorder no root apk. The application is quite useful, but is not compatible with plenty of smartphones. Also, it can produce a few glitches in between. To help our readers, we have handpicked some of the best screen recorders out there. Give these alternatives a try and let us know about your experience.

MirrorGo is probably one of the best alternatives to AZ screen recorder no root apk. Without rooting your device, you can record its screen activity with this application. You can get the software from its official website right here. It is also listed at Google Play Store as well and can be downloaded straight to your device.

Not only for screen capturing, you can use MirrorGo for recording high-definition videos too. Later, you can simply play it on a big screen (TV, computer screen, projector etc.) as well. It also comes with an added feature of hot keys and can sync your game data to create all those professional gameplay tutorials.

As the name suggests, it can also mirror your phone’s screen. This will let you play your favorite games without any trouble while integrating it with your system’s mouse and keyboard. Also, you will get all the notifications while mirroring the screen of your device. Enjoy a stable mirroring without any unforeseen crashes or malfunctions.

Simply record, capture, and share your mobile’s screen with others using this easy to use and extremely secure application.

• Sync files between your Android phone and PC

• Can let you play your mobile games on a big screen

• No thumb strain with keyword and mouse integration

• Available for both Windows and Android (i.e. desktop and mobile) 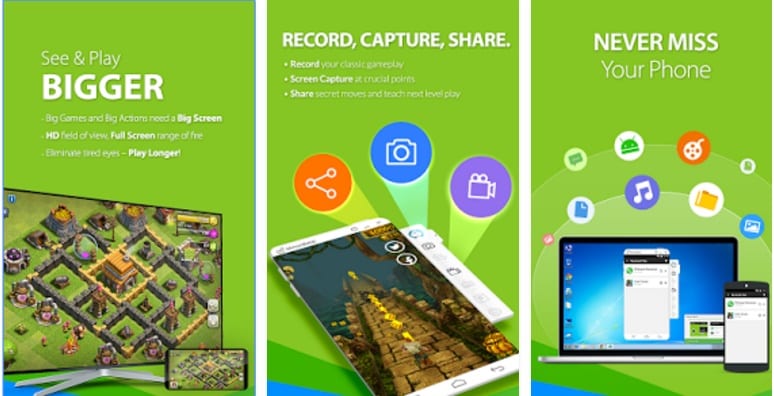 If you are looking for another AZ screen recorder no root apk alternative, then you should definitely give SmartPixel Screen Recorder a try. Not just for Android – it is also compatible with iOS and Windows too. You can easily download it from its official website right here.

You can easily capture those high-resolution games with this screen recorder without expecting any lag or unwanted delay. The application also has a native video editor that can let you customize your videos without any trouble. It also has a smart camera recording feature as well and can let you merge your front camera while recording. Give its cool text and picture effects a try. You will certainly love it!

• Available for Android, iOS, and Windows

• The free version will add a watermark on the screen 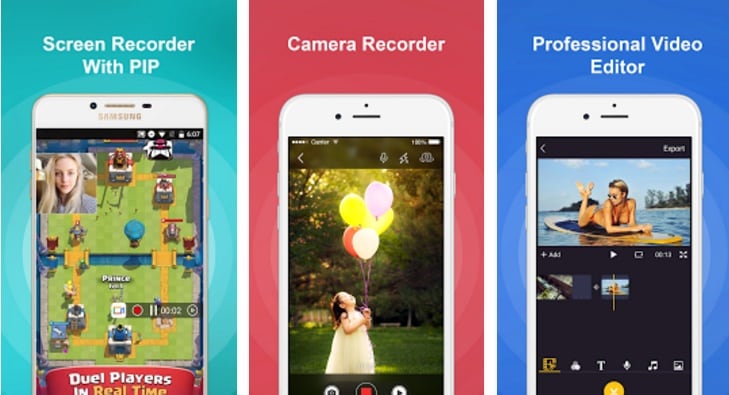 Screen Recorder is another popular app that can record high-definition videos without any root access. With a single tap, you can start recording all those gameplay videos and share it with your friends as well. The application can be downloaded from its Google Play Store page right here.

Its premium feature provides a video recording of up to 1 hour and has plenty of added benefits as well. Nevertheless, even its free version comes with a lot of features. You can easily customize your videos and share it on social media platforms right from its interface.

• No root access needed for Android 5.0 and later versions

• Can store videos on Google Drive right from the interface

• Requires root if your phone runs on a version that is older than Android 5.0 (Lollipop) 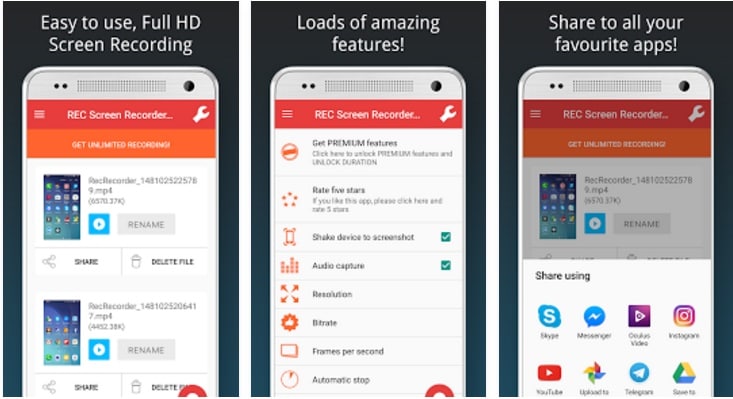 SCR Screen Recorder is another stable, easy to use, and freely available screen recorder that makes a great alternative to AZ screen recorder no root apk. With it, you can easily record HD videos and customize it as per the required frame rate, resolution, bit rates, and more. To download it, you can just visit its Google Play Store page.

SCR Screen Recorder also enables the integration of front camera during recording, so that you can add a personalized touch to your recordings. Additionally, you can pause or resume recordings with a single tap or add external sound while recording. With its social media integration, you can easily post your videos on platforms like Facebook or YouTube without any trouble.

• High quality recording with no root 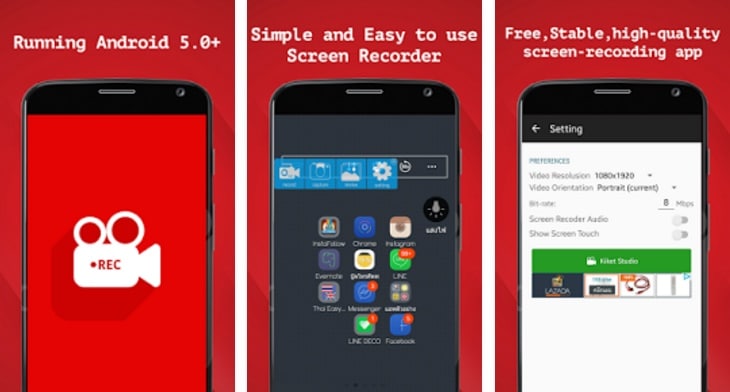 iLos Screen Recorder provides an extremely simple and effective way to record your screen activity. The app is compatible with Android 5.0 and later versions and can be downloaded from Play Store.

It also has a seamless social media integration, so that you can just post your recordings directly on Facebook, YouTube, and more. You can also record external sound with its microphone integration feature. The application certainly has plenty of added features and will be a great alternative to AZ screen recorder no root apk.

• Simple and easy to use interface

• Watermark on screen when using the free version

• The free version also has time limits for recording and ads 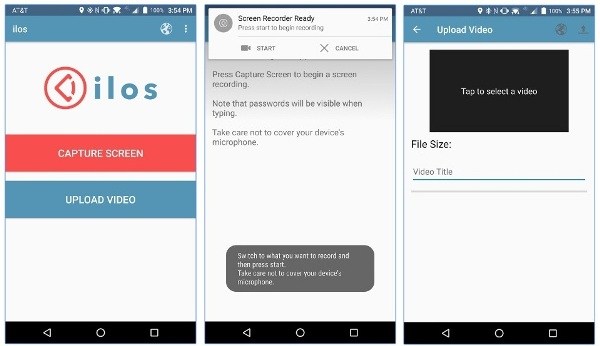 Great! Now when you know about some of the best screen recorders out there, nothing can stop you anymore. Go ahead and download your favorite app from the list and start recording all those gameplay tutorials or any other kind of informative videos on your phone. Let us know about your experience with these apps in the comments.