Transfer Data from One Device to Another Device Easily

iPhone 13 VS Samsung S22: Which Phone Should I Buy?

Smartphones are improving with every new iteration introduced in the market. Leading companies such as Samsung and Apple innovate their top-of-the-line smartphones with contemporary technology. The latest iteration of the iPhone 13 and Samsung S22 is here with unique updates and improvements, alluring many people into buying these impressive devices.

Different market and specs comparisons are carried out with these editions launched in the market. However, someone confuse about their choice, require a more comprehensive explanation of the differences across both devices. The article covers a discussion of the iPhone 13 vs Samsung S22, which will help smartphone users conclude on the best among them.

iPhone 13 or Samsung s22? iPhone 13 and Samsung Galaxy S22 are the top-rated models of the leading smartphone tycoons of the world. Although they are the best they offer, they are quite distinctive and favorable in all cases. However, users confused about buying iPhone 13 or Samsung S22 as their yearly upgrade in smartphone devices usually look for detailed comparisons. According to their needs and desires, this part will help people conclude what and what not to buy.

Looking into the latest launches of both companies, there are many expectations associated with millions of users worldwide. However, if someone is looking into iPhone 13 vs Samsung S22 and wishes to buy one, they need to look over the following aspects discussed below:

Apple iPhone 13 was released worldwide on September 14, 2021. This flagship phone was announced for $799, and it was available for shipping by September 24, 2021. With base storage of 128GB across this price tag, it raises $1099 for the highest available variant of 512GB.

Apple and Samsung are known for offering sleek and effective designs in their devices. Apple iPhone 13 and Samsung S22 are here with a similar motive of providing updated and better designs for their users. Although iPhone 13 is quite similar to its previous model, the iPhone 12, the 6.1-inch screen, comes with a 60Hz OLED screen, replacing the traditional LCD screen. Following this, people also acknowledge a slight change in the notch size of the device. 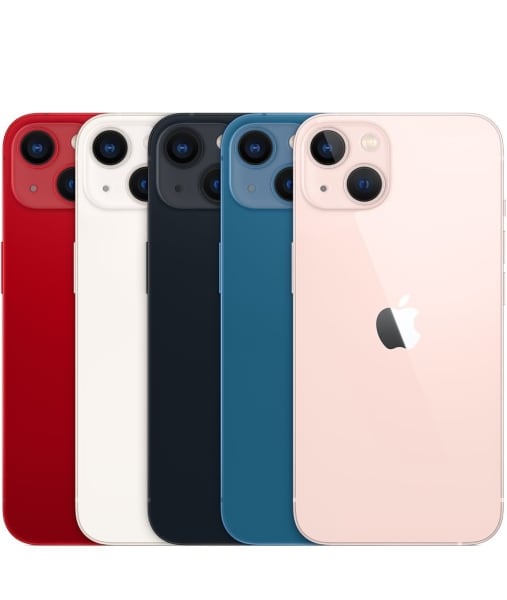 Samsung S22 brings a 120Hz refresh rate across its 6.1-inch OLED display, with round corners across its display. The device is paired with an FHD+ resolution for enhanced display. Regardless, the design of the Samsung S22 is quite similar to what the users have been observing across the S21. 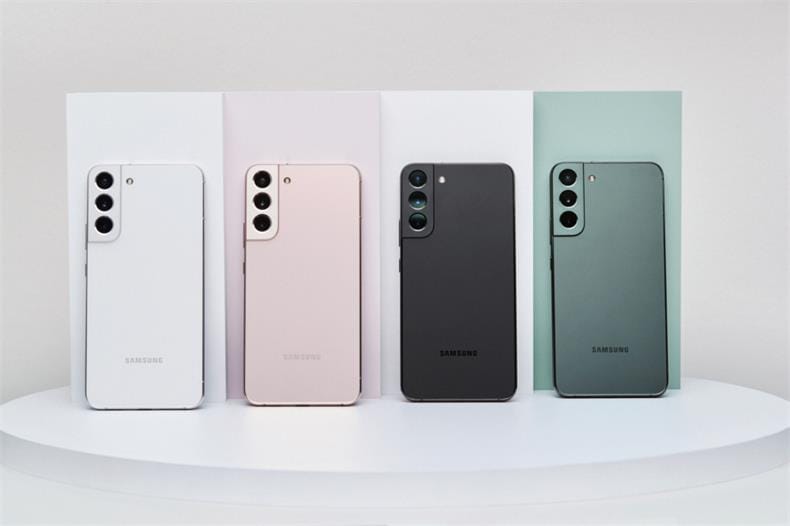 The upgraded versions of the Apple iPhone and Samsung Galaxy S Series are packed with performance updates. With new chips and processors powering the devices, the user experience across both devices will be exceptional. While comparing both upgrades, Apple iPhone 13 comes with an upgraded A15 Bionic Chip with a 6-core CPU, divided between 2 performance and 4 efficiency cores. Following this, the device is packed with a 4-core GPU and a 16-core Neural Engine.

iPhone 13 is believed to be quite powerful with its new processor compared to its predecessor; however, the news associated with Samsung S22's performance is quite exciting. With Generation 1 Snapdragon 8, the chip powering Samsung S22 is stronger than its previous models. The starting variants of S22 are available in 8GB of RAM. With these upgraded chipsets, Samsung S22 is believed to improve its graphics performance tenfold.

Samsung S22 reported its battery life to be 3700 mAh. To make some users disappointed is that the battery system across S22 is much similar to what the users observed across S21. Here is the picture that shows the results of a battery life test:

While improving its battery life, iPhone 13 came with a revamped camera, which are the two basic factors that are easily improved in every new iPhone upgrade. The change in the cameras of the iPhone 13 is quite significant as compared to iPhone 12, which helps users take sharp and accurate pictures. The diagonal dual-lens rear camera with 12 megapixel Wide and Ultra-Wide lens improvements across the new iPhone 13. The wide camera lens is immensely improved across this update, allowing 47% more light through the lens for better results.

iPhone 13 and Samsung S22 are set to offer the latest 5G technology across their connectivity protocols. People will have a new and revitalized experience with connectivity across both smartphones.

Part 2: What You Need to Do Before Ditching Your Old Phone

There are quite a lot of details provided for both phones, which would make it easier for you to select the winner between the iPhone 13 and Samsung S22. However, if you are ever thinking of shifting yourselves to a new device, you should consider some data management tips which would help you sustain and maintain your data, even if you are propagating to a different device.

Comparing the iPhone 13 vs Samsung S22 can be quite tedious for people; however, the data present across any device is vital to preserving if the user is shifting across any specific device. Appropriate tools for this process are quite necessary; thus, users are highly recommended to conserve such techniques, which will not result in data loss.

For such cases, Dr.Fone – Phone Transfer provides some of the best features in the market, which makes data transfer very easy across Android and iOS devices. Users can not only shift their data from Android to Android or iOS to iOS, but they can also effectively consider shifting content between Android and iPhone or vice versa. The tool covers the complete procedure under a single click, completing the transfer in no time.

Video Tutorial: How to Transfer Data between Two Different Devices?

Tip 2. Erase All Data on the Old Phone

Once you are done shifting your data across the appropriate device, you will need to consider erasing all the data across your old phone. Rather than going towards conventional techniques, users consider covering their tracks with swift options. Dr.Fone – Data Eraser (iOS) features a simple and effective procedure for erasing all unnecessary data across the old phone, whether an iPhone or an Android.

The process permanently deletes all data from the devices, making them unrecoverable after being erased. Under such cases, users can feel secure while giving away their old devices. This would prevent people from accessing any data associated with the user across the device.

This article has been quite detailed in providing information about the latest iPhone 13 and Samsung S22. Users searching for the answer to the iPhone 13 vs Samsung S22 should look across the discussion and figure out the best for their needs. Following this, the article also discusses a list of different tips that users should consider while shifting their data across smartphones.

> resource > Tips for Different Android Models > iPhone 13 VS Samsung S22: Which Phone Should I Buy?