Samsung Galaxy S22: Everything You Want to Know about 2023 Flagships

There is big and exciting news for all Samsung lovers as Samsung S22 will soon release. Do you know why the S series in Samsung is so famous that it made it the most sold Android-powered smartphone? The reason lies in their high-end cameras, innovative designs, and a constructive approach to always enhance their features according to the expectations of their supporters. With every year, Samsung’s S series has promised another extravagant feature that always has kept its fans anticipating.

As the world is entering 2022, people are curious about the new release of the S series of Samsung Galaxy. So are you keen to know what exactly Samsung S22 is bringing? Then you are at the right place; as in this article, we will highlight all the details and specifications related to Samsung S22 and release date.

-Things should be considered before buying a new phone.

-Top 10 things you need to do after getting a new phone.

Part 1: Everything You Want to Know About Samsung Galaxy S22

As a Samsung fan, you must be eager to know about Samsung S22. This section will write down all the necessary details related to the Samsung Galaxy S22, including its release date, pricing, special features, and all the other specifications. 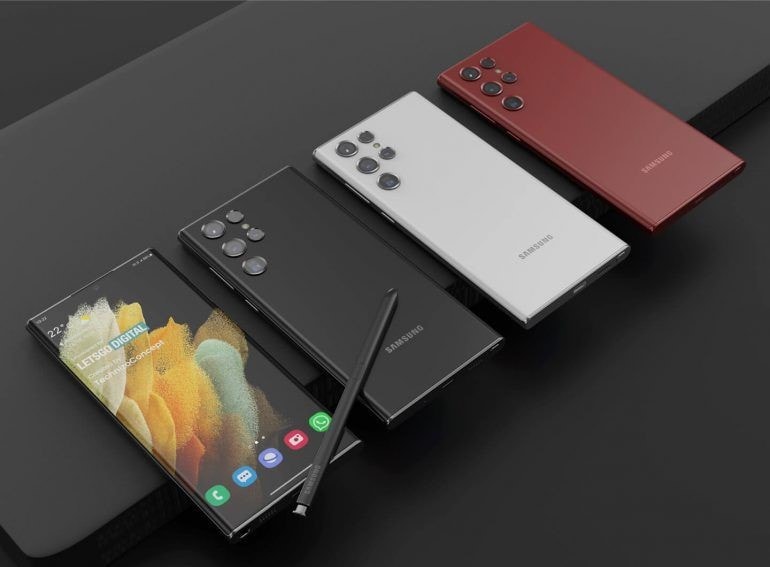 As many fans of Samsung are eager to know on what day Samsung S22 will release, there are many speculations about it. According to reports and rumors, Samsung Galaxy S22 will likely be officially released on 25th February 2022. The announcement would most likely take place on 9th February about its official public release.

According to reports, Samsung started its mass production of Samsung S22 by the end of 2021 to successfully launch it in 2022. Nothing has been officially confirmed yet, but the high possible chances are that Samsung S22 will get released in the first half of 2022 as many people are excited to buy it.

The display screen of the Samsung S22 is expected to be 6.0 inches as compared to the 6.2-inch display of the Samsung S21. The camera is aligned in a back panel with a comparatively smaller camera bump. According to reports, the S22 series would come in four different colors that are white, black, dark green, and dark red.

For Samsung Galaxy, S22 Plus will have a larger display than the standard Samsung S22 but similar to the S21. The expected dimensions of the Samsung S22 Plus are 157.4x 75.8x 7.6mm. As S21 Plus has a 6.8-inch display, we can make similar expectations from S22 Plus. Moreover, both S22 and S22 Plus will have a glossy back finish with full HD plus resolution and a 120Hz AMOLED display. 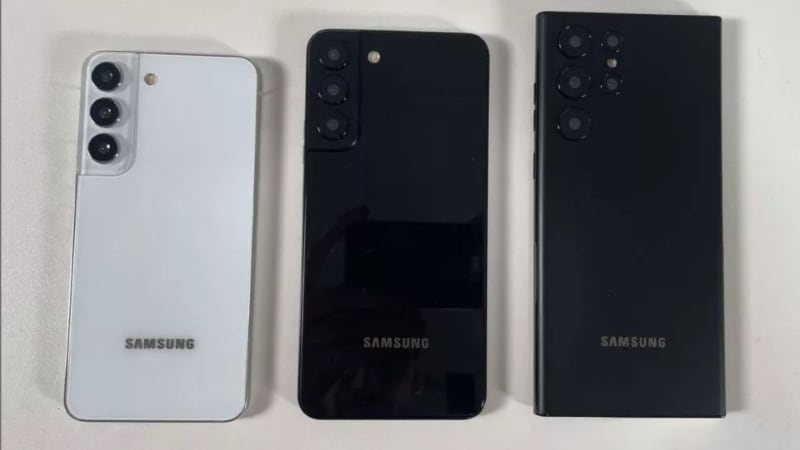 Now coming towards Samsung S22 Ultra, the leaked photos showed that it has a similar design to Samsung Galaxy Note20 Ultra. It will also comprise curved side edges similar to Note20. It will have a modified camera module as individual lenses will stick out of the back instead of a collective camera bump. It will also feature an S pen slot that would be a great deal for Note fans.

Unlike S22 and S22 plus, which will have glossy backs, S22 Ultra will have a matte back to prevent fingerprint smudges and scratches.

Samsung S22 and S22 Plus will give a 50MP lens with a focal length of f/1.8. The ultra-wide lens would be of 12MP with f/2.2. Also, 10Mp of telephoto with f/2.4 is similar to the previous series. The front-facing lens will not expect any changes as the resolution would be the same 10MP for all the variants of the Samsung S22.

For S22 Ultra it will have a resolution of 108MP with a 12MP ultra-wide lens. It will have two Sony sensors of both 10MP with 10x and 3x zoom, respectively. 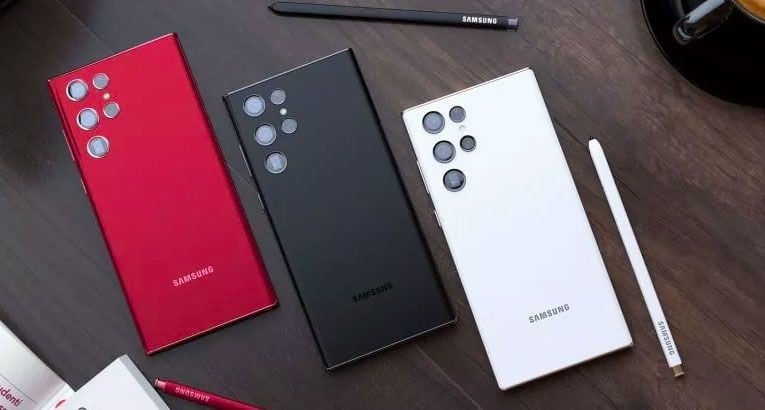 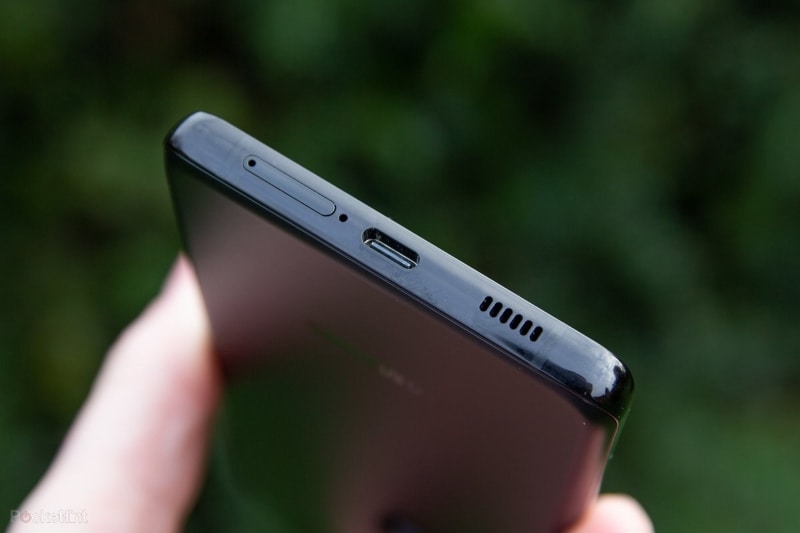 Part 2: How to Transfer Data from an Old Android Device to Samsung Galaxy S22

In this section, we will tell you about an effective tool that can help you with multiple problems related to data recovery and data transfer. You can recover all of the deleted Whatsapp data using this tool safely. It also has a system repair feature that can help you if you are any issues with the software of your phone. Moreover, it has phone backup through which you can restore data and iTunes for iOS.

Wondershare Dr.Fone is a must-try tool if you want to transfer your data safely to other devices. Its Phone Transfer feature can transfer all your messages, contacts, photos, videos, and other documents. It offers a great range of compatibility with more than 8000+ Android devices and the latest iOS devices as well. Through the easy transfer method, you can instantly transfer all of your data within 3 minutes.

Transfer Everything from Old Samsung devices to Samsung Galaxy S22 in 1 Click!

You can also transfer all of your data from your old android device to Samsung Galaxy S22 using Dr.Fone with the following easy steps:

To start, launch this tool on your computer and then select the “Phone Transfer” feature of Dr.Fone from the main menu. Now, connect both of your phones using a USB cable to initiate the process.

Step 2: Select the Data to Transfer

Now choose the files from your source phone to transfer them to the target phone. If accidentally your source and target Android device are incorrect, you can still make things right using the "Flip" option. After selecting the files, tap on the "Start" button to initiate the process of transfer. 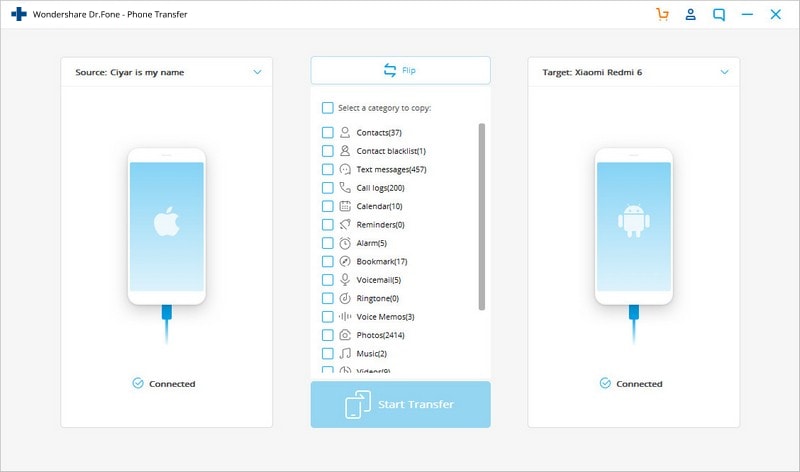 Now transferring of data may take some time so wait patiently. After completing the process, Dr.Fone will notify you, and if some data is not transferred, Dr.Fone will show it as well. 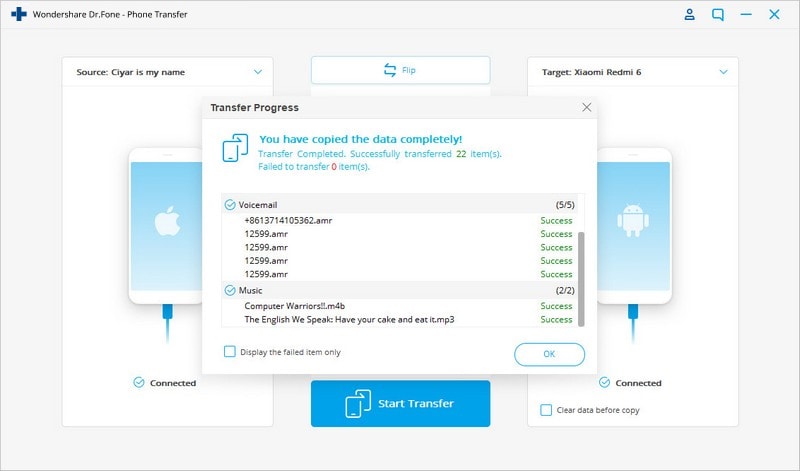 As Samsung is the most famous Android phone, it has vast supporters who are always eager to know about their new releases. Same as the case, Samsung S22 is another anticipated release that will soon come out at the start of 2022. To learn more about S22, this article includes all the necessary details.

> resource > Tips for Different Android Models > Samsung Galaxy S22: Everything You Want to Know about 2023 Flagships