Did you buy the newly launched Samsung Galaxy S22? Every time you upgrade your smartphone, you get those butterflies in the stomach over the scent, that new hardware feel, the boost in performance and capabilities of your new phone over your previous phone. You can’t put it down, you are eager to try out everything it can do, and with that, comes the inadvertent complaint about poor battery life over the previous device, completely ignoring how the new gadget is in your hands all the time! Here are some cool things to try with the Samsung Galaxy S22 and some tips and tricks to help you get the most out of your new purchase.

Part I: Top 10 Tips and Tricks for Samsung Galaxy S22

The new phone excitement is palpable, and you are eager to do just about anything on your new phone, just to keep it in your hands. Here are the top 10 tips and tricks for your new Samsung Galaxy S22 to get you started in style.

Sure, you can always press Power and Volume Down keys to take a screenshot, but hey, you have the latest and greatest Samsung Galaxy S22 with S Pen. That S Pen can be used to take screenshots of select areas on the screen. Genius, simple and mind-blowing, right? Oh yeah! We are just getting started. Samsung calls this Smart Select. Here’s how to take screenshots of select areas on-screen with S Pen on your new Samsung Galaxy S22:

Step 1: Remove the S Pen from your phone. If you already have it removed, tap the stylus icon onscreen.

Step 2: In the Shortcuts menu that comes up, tap Smart Select

Step 3: Simply drag the stylus onscreen to draw a rectangle over the area you want a screenshot of. That’s it!

Step 4: You can scan text, share, or markup the screenshot on the following screen. If you do not want to do either of those, tap the save icon (downward arrow) to save the screenshot to your device.

Tip 2: S Pen Is for Camera Buffs, Too (Remote Shutter)

Your new Samsung Galaxy S22 features an S Pen that also functions as a remote shutter. It didn’t have to, making it a cool feature that Samsung thought to provide to users. For comparison, the only way to do something remotely similar in the Apple world is to buy that Apple Watch (Oh, my wallet!). 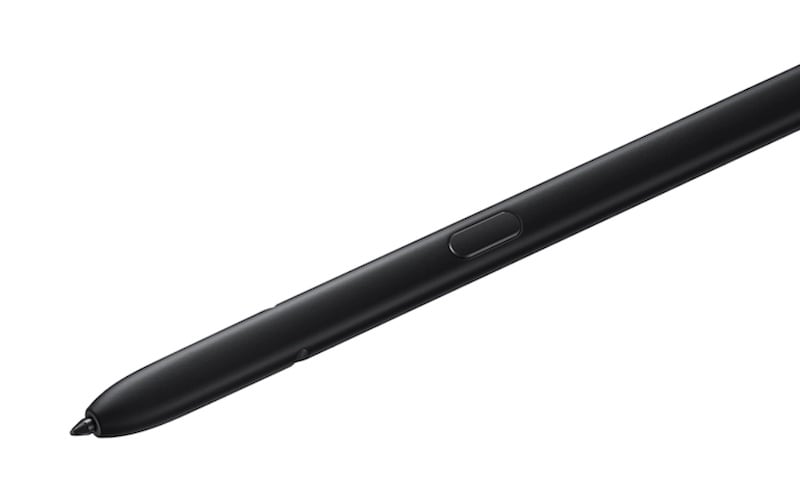 Step 1: Whip out the S Pen and keep it with you. When you are ready to take the shot, just use the button on the S Pen. That button acts as a remote shutter when the Camera app is open.

But wait - hold that button and your Samsung Galaxy S22 camera will take burst photos. Whoa! How cool is that!

Samsung has, unarguably, made its Note lineup geared towards productivity. Now that the S-lineup became a mashup of S-series and Note, how could notes be left behind? Guess what’s the fastest way to take notes on your phone? You do not even need to unlock the phone, let alone unlock and launch the Notes app.

With your Samsung Galaxy S22 is locked, all you need to do is take the S Pen out and start writing on the screen. That’s it. Seriously. Could it be any, any easier?

Step 1: Long tap anywhere there is empty space on the screen and tap Widgets

You can customize the widgets easily. Here’s how:

Step 1: Tap and hold the widget (on the Home Screen) and tap Settings

Step 2: Tap Add Widget and app the app you want to.

The readers among us would know the pain… every few seconds, we have to interact with the screen so as to keep the screen on. Well, now you can customize your Samsung Galaxy S22 to keep the screen on while reading, so yeah, go ahead, take your time. So long as your eyes are on the screen, the screen will not shut off. Here’s how to enable this nifty feature:

Step 2: Toggle the option ‘Keep screen on while viewing’ On.

Tip 6: Find Everything Fast (How to Search In Samsung Galaxy S22)

Step 1: Swipe upward to launch the app screen on the Samsung Galaxy S22

Step 2: Type what you are searching for in the search bar at the top.

Tip 7: I Need Some Peace (How to Switch Off Samsung Galaxy S22)

Step 1: Press and hold the side key and the volume down key together until the screen with options is shown.

Your new Samsung Galaxy S22 comes with the latest and greatest Android 12 operating system, which means that the bag of Samsung S22 tips and tricks includes Material You, enabling further customization of user experience and interface natively.

Step 1: Press and hold anywhere on the screen (empty space) to get into options

Step 2: Under Wallpaper and Style, there’s a new option for the color palette.

Here, you can set the interface color as per your wallpaper. You can also apply the palette to app icons, but that is limited to folder backgrounds and native Samsung apps at the moment.

Tip 9: My Apps, My Way! (How to Sort Apps Alphabetically Or Otherwise In Samsung Galaxy S22)

Sometimes, the smallest of features have the most profound impact on our lives. What if you want to sort your app drawer alphabetically or in some other fashion? Can you do that on your iPhone? No. The iPhone does not let you sort apps alphabetically on the Home Screen at all. You will have to spend a royally painful time doing it yourself if you are thus inclined. But, not on your new Samsung Galaxy S22. Here’s how to sort apps on the app drawer on Samsung Galaxy S22:

Step 1: Swipe up and the app screen shows.

Step 3: Choose the‘ Alphabetical’ option to sort apps alphabetically. Choose Custom Order to drag and place the apps how you want to.

Tip 10: My Lock Screen, My Shortcuts! (How to Customize Lock Screen Shortcuts In Samsung Galaxy S22)

By default, Samsung S22 has two shortcuts on the lock screen. These are Camera and Phone. However, unlike the iPhone that simply refuses to let you have your phone your way, the Samsung Galaxy S22 allows you to customize your Lock Screen shortcuts.

Step 2: You can now select the shortcuts and even remove them.

Video Guide: How to Transfer Data from One Phone to Another?

How does it do that? Dr.Fone is designed in modules. Each module has a specific purpose, and it takes only seconds to get the job done. Want to repair your phone? Fire up the System Repair module and start your phone repair in seconds. Want to backup your phone to your computer? Start Dr.Fone - Phone Backup module and backup your phone in 1 click. Similarly, Dr.Fone makes it child’s play to transfer data from your old phone to your new Samsung Galaxy S22.