With enhanced communication technology and mobile data network services becoming faster than ever, more and more people are utilising their mobile devices for video calling. Most smartphones now features front-facing cameras that supports video calling as a way to communicate. There are plenty of video apps that can be used. Below are some of the most popular free and paid video apps that are compatible with your Samsung smartphones.

Tango is an app that focuses on social networking. Users are able to send messages, make free video calls and voice calls with family and friends on your Samsung devices.

This app allows you to find friends automatically. You can also personalise your profile with photos and status updates. With Tango, you can enjoy the following:

Tango is available for use on main networks of 3G, 4G and WiFi networks. It offers free international call to anyone who is also on Tango. What's more fun is that you are able to even play mini games during video calls.

In addition to one-to-one texting, its group chat can fit up to 50 friends at one time! Custom group chats can be created and users are able to share media such as photos, voice, video messages and stickers.

With Tango, you are able to meet friends who appreciate similar interests. Users will be able to see other Tango users nearby! 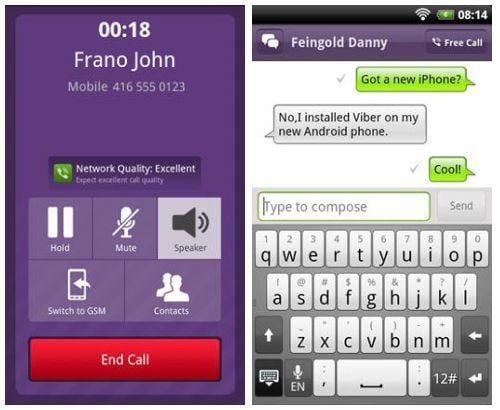 Viber is a popular messaging app that introduced video calls feature in 2014. Developed by Viber Media S.à r.l., besides its winning text-based messages service, Viber has tons of other features that make its video calling attractive:

This allow Viber users to call other non-Viber users using mobile phones or landlines at a low rate. It works on main networks of 3G or WiFi.

Communication at its best

Users are able to sync their phone's contact list and the app can indicate those who are already on Viber. Voice calls and video calls can be made with HD sound quality. A group message of up to 100 participants can be created as well! Pictures, videos and voice messages can be shared and animated stickers are available to express your any mood.

Viber's excellent service extends the smartphone realm. The app's "Android Wear supports" allows you to send and receive messages from your smart watch. In addition to that, there is Viber Desktop application created especially for the use on Windows and Mac. Its push notification can also guarantee that you will receive every message and call – even when the app is turned off. 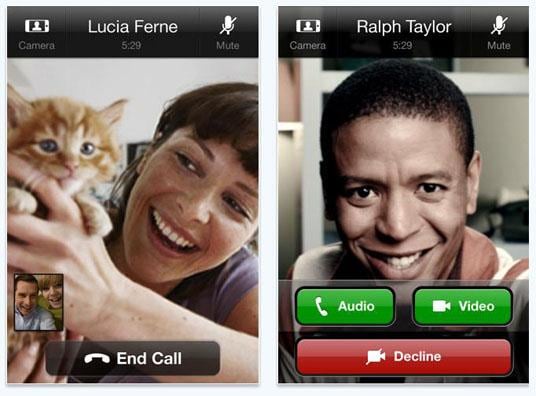 Keep in touch with your loved ones by using one of the most popular app; Skype by Microsoft is known as one of the best client for video calls on android, thanks to their years of experience in the industry. Skype offers free instant messages, voice and video calls. Wanting to connect with those who are not on Skype? Worry not, it offers low cost for calls made to mobile and landlines. Skype is also known for its:

Skype with anyone from any places; the app is available for use for Samsung smartphones, tablets, PCs, Macs or even TVs.

Simply share your favorite snap of the day without having to worry about any charges. Its video free and unlimited video messaging feature lets you share your moments with your family and friends easily. 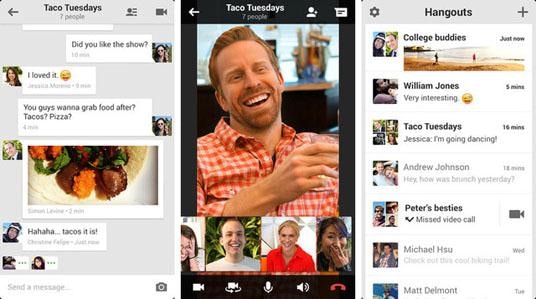 Google Hangouts, developed by Google, is one of the most popular video-chatting app that is used by almost 500 million users on Android platform alone. Like any other app, Hangouts allows its user to send messages, share photos, maps, and stickers as well as to create group chats of up to 10 people.

What makes Hangouts special is its:

Hangouts is embedded within Gmail. This is convenient to those multitaskers who wanted to send emails while still be able to talk to their friends.

Live-stream with Hangouts on Air

This feature enables you to speak to an audience directly from your computer within just few clicks and broadcast to the world at no cost at all. The stream will also be publicly available for your references after.

Users are able to use calling credit that can be purchased via their Google account in making that cheap calls to landline and mobiles.

These days, developers are mainly offering their apps for free and tries to monetise their app through in-app purchases. There are small number of paid video calling app for Samsung smartphones that can be found in the Android marketplace. 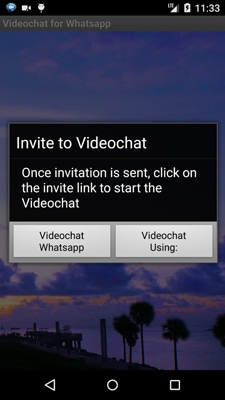 Developed by Rough Ideas, this app complements other chat applications such as Whatsapp by adding voice and video capability to the app. This app requires the person who makes the call to have v4Wapp installed on their devices whereas the receiver of the call doesn't have to. The receiver must have the latest Chrome browser installed. Other apps supported include SMS, Facebook Messenger, Snapchat, Wechat.

Threema is a mobile messaging app that was developed by Threema GmbH. This app offers the usual functions of sending and sharing of messages, pictures, videos and GPS location. Group chats creation are also offered. However, voice call function is not readily available.

This app prides itself in the security and privacy that it offers to its users. With end-to-end encryption, users of Threema can protect themselves against abuses and can be rest assured that their conversations are secured and remain private. This is achieved by the following:

Threema does not collect and sell data. This app only store necessary information for the shortest time span possible and your messages will be deleted immediately after it is being delivered.

All communications will be encrypted from by using a state of the art end-to-end encryption technology. Individual and group chats will be encrypted. Each users will also receive a unique Threema ID as their identification. This enables usage of the app with complete anonymity.s

Threema can be downloaded at the price of $2.49.