Top 5 Android Audio Manager Only for You

If there is no audio in the world, then life will have no interest at all. And audio is part of entertainment with the same role of video. But what is audio?

Part 1: Differences between Audio and Music

The word Audio comes from Latin word, audire which means ‘hear.’ ??Technically it means any sound waves with frequencies approximately from 15 to 20,000 hertz. Now when vocal or instrumental sounds or both are combined in such a way that they produce melody then it is called music; in other words a sound perceived as pleasingly harmonious is music. However, sometimes music can be in written form too in the form of music notes which are basically a set of symbols.

The relationship between the two is very clear in order to be called music, an audio has to be in a sequence which creates melody or rhythm. For example voice coming out of a drill machine is an audio but definitely not music. However the differentiation of audio and music depends from person to person. Some like a particular musical instrument while others hate it. 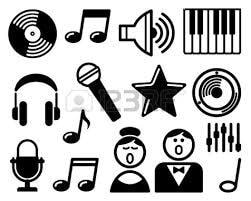 When people talk about Android Audio managers, it would be ideal if such a manager can easily export or import audios to or from PC, personalize playlists, delete audio files, and make ringtones from audios. Dr.Fone - Phone Manager is exactly such an Android Audio manager.

Convert and Transfer Music from Computer to Android 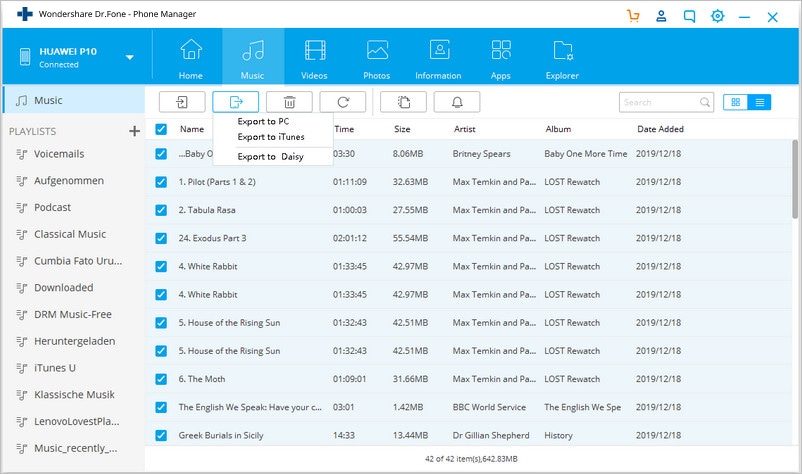 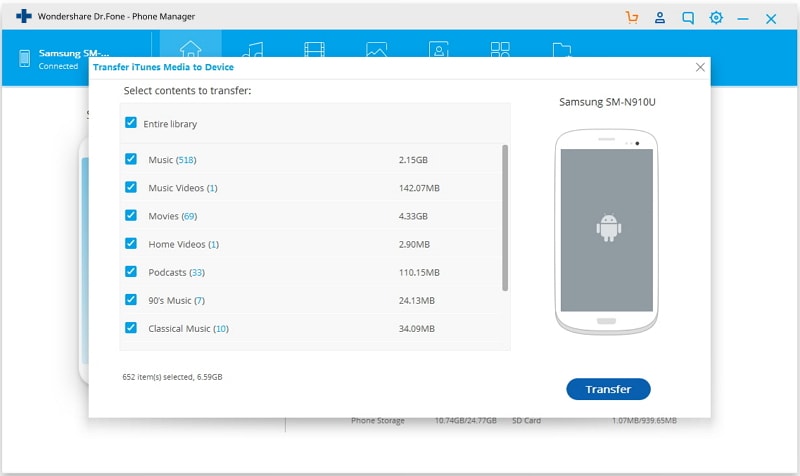 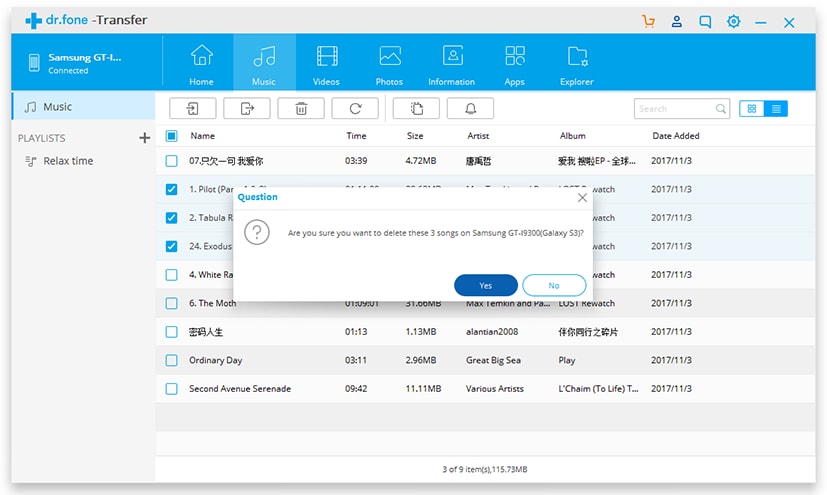 This is the most basic app in the category of audio manager for Android apps. It provides a straight forward way to control the audio settings of the device. It has no compatibility issues as it fits right in with one of the earliest versions of android 1.6. The device test in Samsung tab 10 gave good results in terms of speed and responsiveness. It also has the capability to adjust vibration settings too. This is definitely the fastest app in this category. However, there is a lack of creativity. The entire screen goes dark but only a certain part of the screen area is used by the app. The app is made for older versions of android not for the new ones. 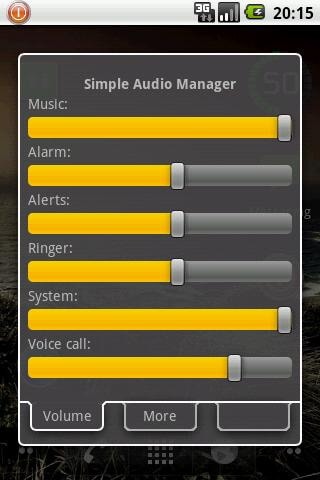 This app is one of the most popular Android Audio management Apps in the play store. It was also featured as one of the best android app in O’Rielly books. This app is perhaps one of the very few apps in this category to have widgets for home screen. To control the setting straight from the home screen, it lets you customize and download various themes. It also has the ability to assign ringtones and design themes via SDK. It is free and comes with an option to upgrade to get access to unlock features of almost 100 widgets, 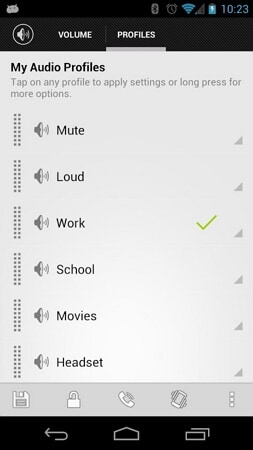 This is another basic app with focus on key features of an audio manager. It gives the user access to all the important settings on the home page itself. The best feature of the app is the ability to select the ringtones and alerts from the app itself. The graphical representation is better than Simple Audio Manager but lacks creativity and colours. The minimum version of Android it supports is 2.2. And a lot of space is left between options in the case of tablets. The control buttons do not provide fine tuning. 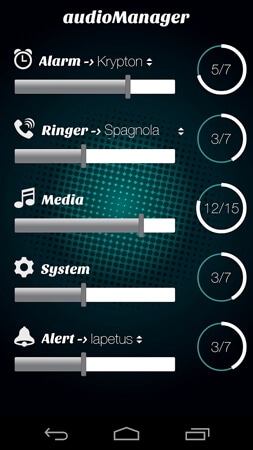 The app is a bit better than Simple Audio Manager but the text resolution is a big problem. The text size hasn’t been customized for tablets. The app provides five themes and ability to set customizable profiles. It also has widget option. The most important feature of the app is the ability to change profiles depending on the time of the day. Imagine setting it up higher for alarm in the morning and then lower for office times atomically. The app is fast, responsive but a lot of screen space is empty which could have been used for design etc. The layout is pretty basic and not at all creative in any sense. The controls aren’t clear enough when used for the first time. It also has some issues with ICS version and above. 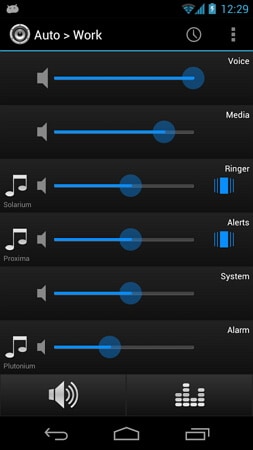 The app is developed by the Beewhale and is another simple app for audio control. It has all the options to control the audio coming out of the device. The tab view is too long and less options to customise. There is no option for further theme change of trips. The rating is pretty average. However the reviews are not that bad. 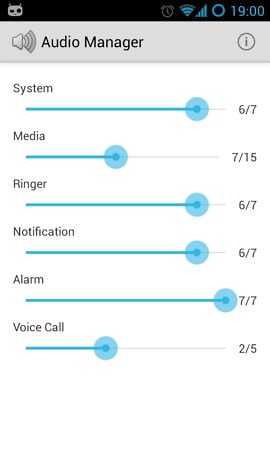