Android Virus is malicious software that contains of set of instruction which is hidden inside the different pirated apps even in Google play Store. The research shows that there are number of apps that contain virus on Google Play Store (between 2016 and early 2020). The virus infected app can do anything depending on its author/hacker objective, malicious piece of code may force to root your mobile for its author purpose, may conduct a Denial of service (Dos) attack or even breach your private network. Mostly viruses are built for cybercrime purposes like phishing in which hacker trick with users those who are effected with virus to hand over their critical information of banks details or to access their device, to use it for different scam like app installation or ads clicking in order to earn money. Verizon research revealed that 23% users are affected with open phishing emails. Another Verizon study shows that about 285 million user data hacked that 90% of that data used for different scams or used in a crime. 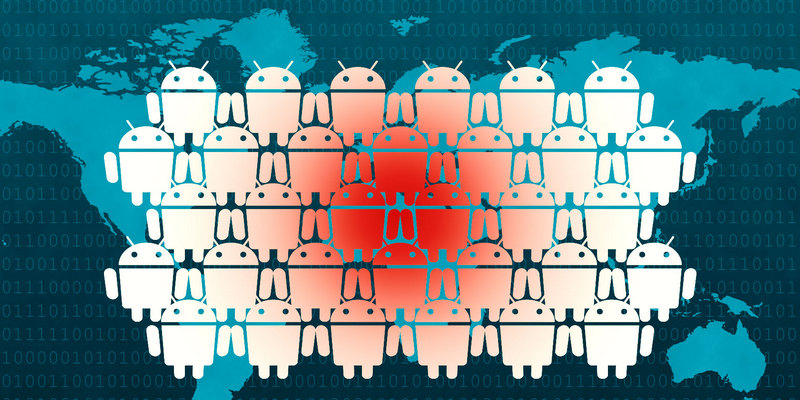 The research revealed by Trend Micro’s that mobile viruses attack is on its peak which is riskiest for android mobiles. According to security vendor survey most of the mobiles are infected in Eastern Europe, Asia, and Latin America. All the mobiles are infected just because of downloading apps from malicious source. Trend Micro’s also highlights the vulnerability and security flaw in Android OS, which may be used by hacker to bypass a verification check in Google play store.

According to trend Micro’s research, here is the top 10 of the most common viruses out there. Check the current Android Viruses list 2020:

According to Trend Micro’s FakeInst is in the top of the list. It has infected about 22% of total infection. FakeInst mostly spread in Eastern Europe, Asia, and in Russia. FakeInst was found in dozens of android apps which are available to download on third party app store which it used to send premium rate SMS messages.

Total rate of infection of OpFake virus is about 14% according to Trend Micro’s research. OpFake is a family of virus that act as a downloader in Opera browser, an alternative to Google Chrome browser for android. The virus author monitor it silently for sending premium rate messages. The virus was found last year and start attacking to android mobiles and then OpFake developer code it for Symbian and jail break iPhones. The attacks were spread by using different techniques such as fake android marketing and pop-up message on some website, after that trick victims believed that their browser out dated.

Recent Trend Micro’s research shows SNDApps comes in at 3rd no, SNDApps virus family had infected up to 12% of total mobile virus infection. In 2011 SNDApps was found in dozens of apps in the official Google Play Store. SNDApps acts as a spyware that upload the private information and other details and to a remote server without the user’s permission. After that Google took action and block the app from its official repository, but they are still available on third party app stores.

Boxer is another SMS Trojan, was developed to charge more to send message at premium rate. Boxer family male was act as a Flash alternative for android mobile. It was also spread by third party app store and infect mostly in Europe and Asia, Brazil and other Latin America countries which effected 6% of total.

GinMaster is also known as GingerMaster which was the first virus detected by the researchers in 2011 at North Carolina University. Comprising 6% of total malware infection and landing it to No.5 spot on Trend Micro’s list. GinMaster was attach with legitimate apps including those showing inappropriate images of women. The GinMaster installs its root shell into system partition to use latter. The variety of viruses is design to work silently and steal the mobile ID, mobile number and other important data of victim.

VD loader is a type of malware that is mostly detected in Asia Region and is a type of SMS trojan. VDLoader is not easily detectable because it hides in the background of mobile Applications. This is one of the first Malwares that contains an auto update feature and contacts remove server. With the connection, it begins flooding the victims’ phone with the text messages. It is also reported that VDLoader also collects App data from devices.

FakeDolphin is a malware that gives you a dolphin browser as an alternative for your default Google Chrome browser and this browser has a Trojan that signs up users for the services without their knowledge or consent. The attackers try to redirect the victims to websites from where they can download the FakeDolphin.

KungFu is a very effective malware that tries to gain the root access of your device it is generally embedded in applications and has a backdoor functionality that allows attacker to install a malicious application package, navigate through websites and run multiple programs. It also steals your data and information that is stored in the device memory.

The Basebridge malware is best known for stealing sensitive data from the device and send that data to a remotely to the attacker. This malware has also been detected in Asia region and is generally found embedded in copies of popular mobile apps. Basebridge was basically designed to sniff the victim’s messages and send them to premium rate number other than that It can also block the data consumption monitoring.

JIFake is also a Basebridge malware acts as a fake mobile app for JIMM which is an open source message client service for ICQ network. The fake app embeds a trojan to send messages to premium rate phone numbers. This Basebridge malware has commonly been detected in eastern European region and also collects information from the users’ device including SMS monitoring and Location data.

How to protect your Android from virus?

You probably already know how important your data is for you, but you need to understand how to protect you data and you device. Your smart phone is just like your personal computer having your private data, confidential document and others files. If your mobile gets infected from a virus, it can damage your data or steal your private information, like passwords or bank details. By taking very few precautions, you will able to protect you mobile from viruses.

You just need to used your mobile with antivirus App. Google play offer may a lots of free antivirus app. You need to stay away from pirated app and suspicious websites during web browsing. Viruses can be installed on your mobile through those websites. You must have to ignore unexpected and spam emails and don’t click on the web URL that may direct you to malicious website. Never download app from unknown or pirated source. Only download those file with are come from trustworthy source. Downloading data from unknown source may put your mobile at risk.

We recommend backing up your Android data to protect it from the loss. Dr.Fone - Backup & Restore (Android) is a great tool to help you backup your contacts, photos, call logs, music, apps and more files from Android to PC with one click.

If this guide helps, don't forget to share it with your friends.