Since the invention of Android OS in 2008 by Andy Rubin, our world has faced a dramatic change. Android seems to be controlling a considerably high portion of our life. We have bought many gadgets that use this amazing OS and most of which are phones. But how much can you do with your Android phone? Developers are always making it more interesting to use this interface.

Most of the time, we use Android phones, we get faced with the need to access the internet. The Wi-Fi capability of these Android gadgets makes it super easy for us to surf the web. Throughout using Wi-Fi, we connect to a number of them. This could be at school, a sub-way café, the gym, buses, hospitals, hotels, towns, and the list is endless. A password secures most of this. Needless to say, our brain is weak to store all these passwords for future use, especially if you would want to connect with a different gadget you have recently bought or even your laptop. In this article, we will introduce you to how to find wifi password on rooted and also unrooted Android devices.

First of all, what does rooting mean? You have probably used a Windows computer or even Linux. For the case of Windows, when installing a new program or software, it always prompts a dialog box saying, "Administrator permission required to run this program." If you don't have the administrator permission, you won't install the program. In Android, this is called rooting. In simple terms, it means having the root permission to your phone. Some Android apps will require you the root permission, e.g., flashing your ROM. In this part, we will explain how you can show the Wi-Fi password on your Android with root.

To find the Wi-Fi passwords on your Android phone, you need to have an app to explore files which also supports a root user. In this case, ES FileExplorer or Root Explorer will come in handy. However, it turns out that the latter is offered at $3. Let's use the free ES File Explorer.

Steps of getting Wi-Fi password on Android with root

In only four steps, we, at this moment, learn how we can find the password of a Wi-Fi on an Android phone.

Download the ES File Explorer from your play store, install it, and open it. 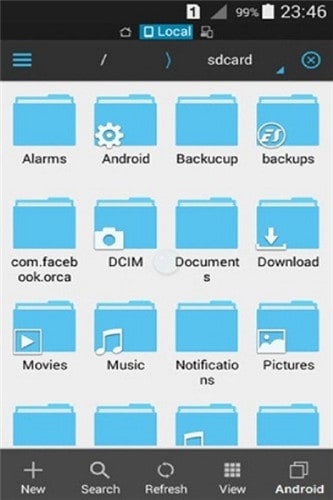 The root explorer needs to be enabled so that you can reach the root folders of the Wi-Fi passwords you need. By default, the root feature in this ES explorer is not enabled. To enable it, just tap on the list menu on the top left corner.: 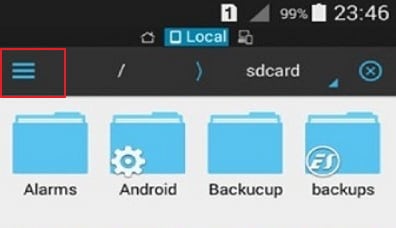 This will drop down a list of controls. Scroll down and find the Root Explorer option and enable it. 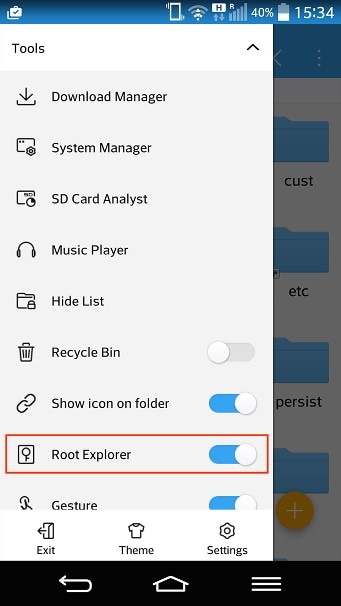 Step 3: Get the passwords' file.

Go back to ES file explorer, and this time, find the folder named data. 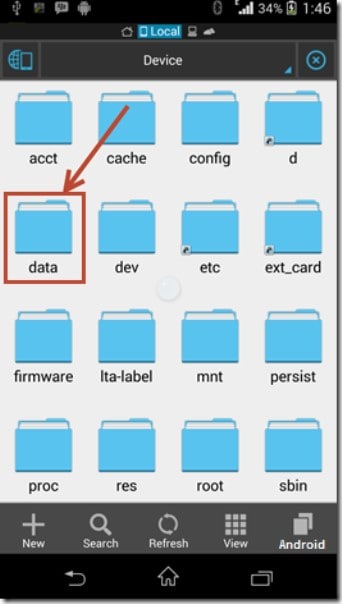 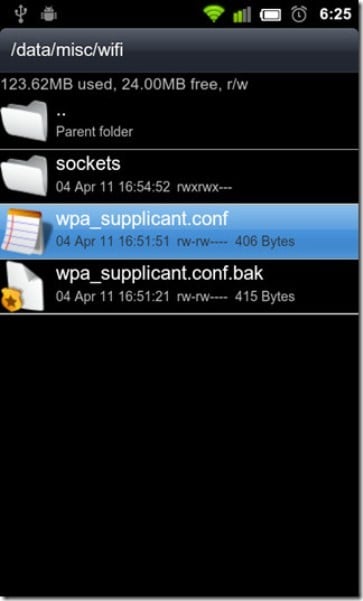 Make sure that you don't edit anything in the file. You might mess up with important data and fail to access the Wi-Fi(s) in the future. 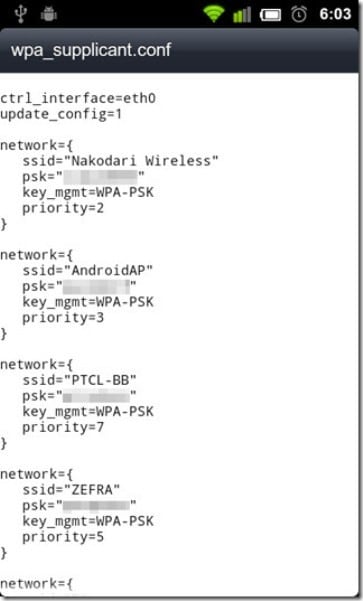 What if I don't have root access to my Android, can I still see Android Wi-Fi password? The short answer is yes. However, this is a bit involving but simple. You don't need to be a computer guru to do it, but you need to have a computer and some internet access of course. The key thing is to find a way through which we can fetch the password file from the phone without using a root access protocol in the Android. This is made possible by some little programming insight using the Windows Command prompt.

Steps to show Wi-Fi password on Android without root

To access the files that Android uses to run passwords, you must first become a developer. This is very simple.

Get your Android phone and go to settings. Scroll down and find "About phone." Tap on it and scroll down again to find Build number. 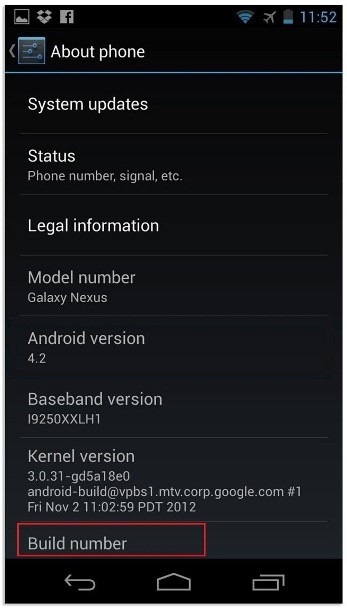 Tap on this "build number" 5 to 6 times until a message pops up, saying, "You are now a developer". 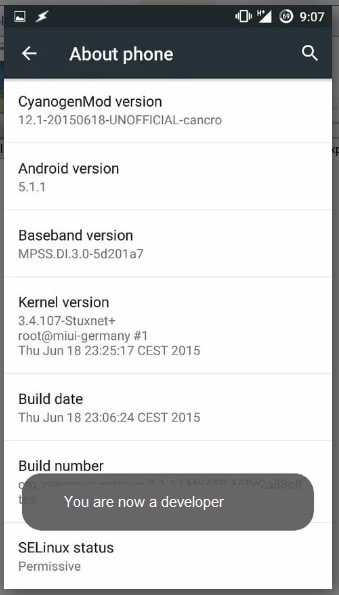 Go back to Settings. Scroll down for developer options. Turn on the button for "Android/USB debugging". 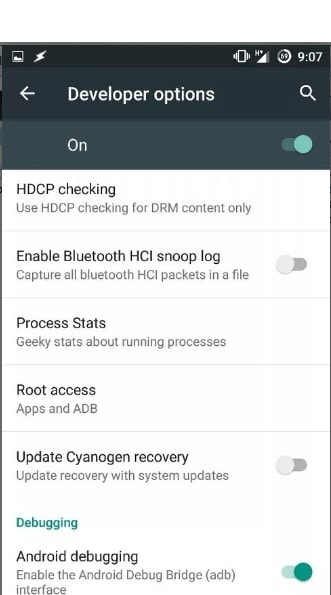 Now, open your Windows desktop. Download and install ADB drivers. (Use this download link adbdriver.com). You need to download and install platform tools (minimal ADB and fastboot) from http://forum.xda-developers.com/... Now open the folder where you've installed the above tools. By default, it is in the Local disc C\windows\system32\platform_tools location. However, you might want to locate them by searching on the windows search engine. You have to hold the Shift key and right-click inside the folder to click on"Open Command Window Here." 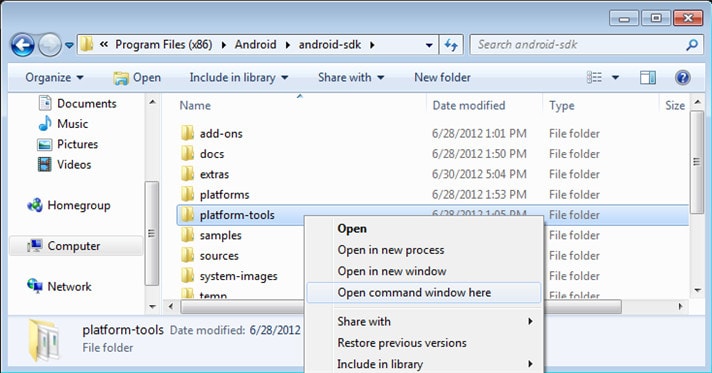 Here, we would like to test whether the ABD is working properly. To do this, connect your phone to the PC using a USB. In the command prompt, type adb services and then press enter. If it's working properly, you should see a device on this list.

Step 6: Get the wifi passwords.

Lastly, open the file with a notepad, and there you go. 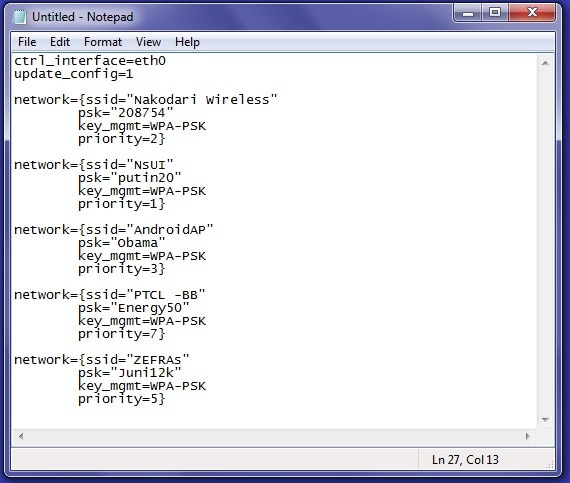 Now you learned how to show the wifi password on your Android device.