In this article, you will get a detailed guide on how to download Samsung Android software. Get this flashing tool for much easier Samsung software download and flashing.

Samsung is a South Korean company who are the leading manufacturer of Smartphone's. They have a wide range of smart phones in various segments ranging from Top end, mid end and Bottom End. Most of the Samsung devices are powered by Android Operating system. Android is a mobile operating which is based on Linux kernel and are owned by Google. The growth of Android powered phones is increasing in a tremendous way. Android is the world's leading Mobile operating system as most of the users use it due its open source and are user friendly. Google has released various version of android. The latest version of the android is 4.4.3 know as Kitkat. The various important android versions are as follows.

Usually Google provides update for the Android powered Devices. The running of different versions of android depends upon the hardware of the Smartphone's. Usually Samsung provides High end, Medium End and low end Smartphone's. Most of the high end Smartphone's usually receives software update which are varied from Minor Firmware Update to Big version update. Software updates are very much important because they will fix the bugs in the systems, Improves the performance of the Samsung smart phone and It will bring major improvements if the version is updated. In Smartphone's, some android version with specific firmware and baseband version will have bugs which result in the low performance of the device, so it is very necessary to update the Device, in order improve the performance and the satiability of the android phone software. It will bring various enhancements to the Smartphone's and tablets. Android Phone on the Samsung devices can be usually updated in two ways which will be discussed later.

1.The different Android Versions Are

FIVE THINGS TO DO BEFORE UPDATING

HOW TO UPDATE THE ANDORID SOFTWARE RUNNING IN SAMSUNG DEVICES

Usually notifications will be show on the phone or in the tablet whenever a software update is available. But in certain cases it will not be shown so we have to do another process in order to check the software and update it. Most of the people usually update their phone in order to increase the stability and performance of the android software. There are mainly two ways in which the software of the Samsung devices can be updated. The first, method is updating the phone software through OTA which is also known as Over the Air. The second method is by using Samsung Kies software which is developed by Samsung .itself in order to perform updates on their devices and to manage the device.

UPDATE SOFTWARE VIA FOTA (OVER THE AIR)

Check whether any updates is showing in the Notification bar. If not then firstly setup a Samsung account. Then Check the box which is showing "check for updates automatically". After this follow these steps. 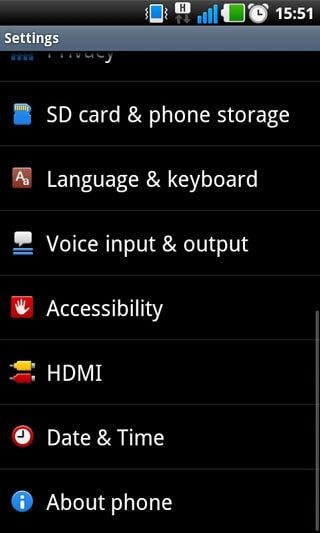 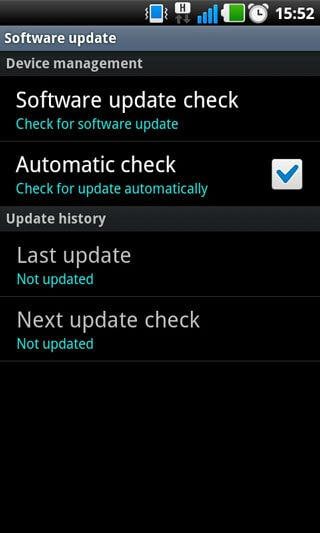 From the notification of the message touch and select "Download" option. 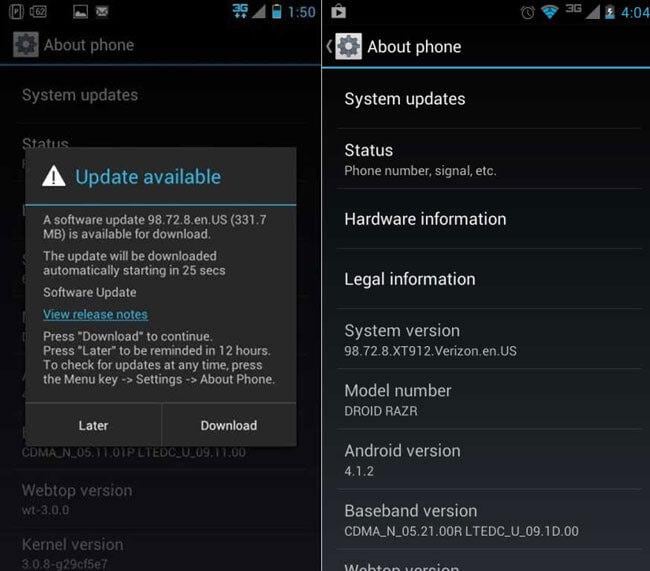 A screen will appear as it shows the downloading status and the progress of the download.

After the installation the phone is completed, it will reboot and a boot screen will appear which installs the new system files.

Usually small updates are made through OTA. Samsung usually used to provide updates to their smart phones by using kies. Most of the people use Samsung Kies in order to update their Phones. If the OTA updates are available then it will be shown in the notification bar. If we check the updates within the phone itself and it's not showing there, then it is not a problem as updates will be shown through Samsung kies. Samsung usually provides minor firmware updates via OTA. The next way of updating the Samsung phone software is by through Samsung Kies which is developed by Samsung Mobile Division. 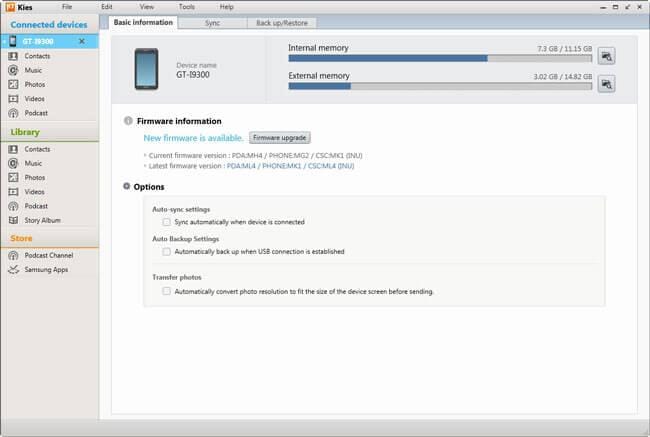 Once kies recognize the device, a notification message will appear like the Update is available. 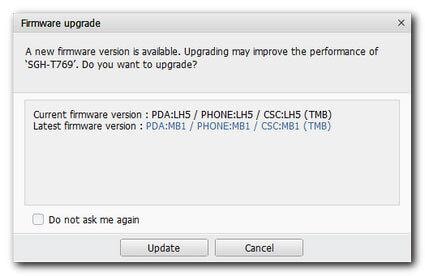 Read through the text and the caution on the pop up notification message and check on the "I have read all the above information" box. 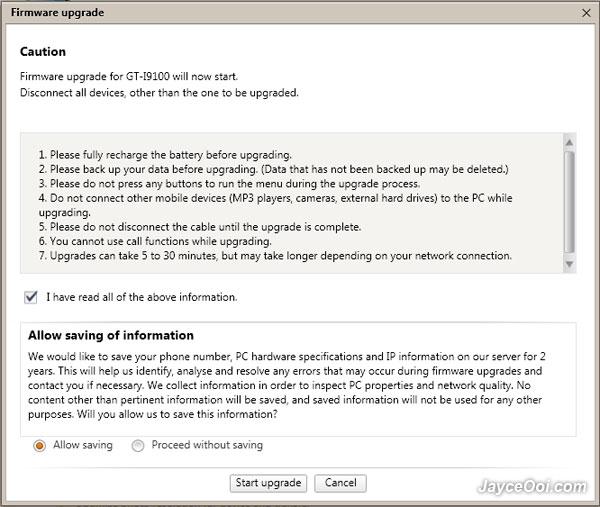 Kies will start to upgrade the phone software from servers of Samsung Usually it depends upon the speed of the internet connection.

Don't close any programs on the PC, shut down PC or disconnect the device from the PC 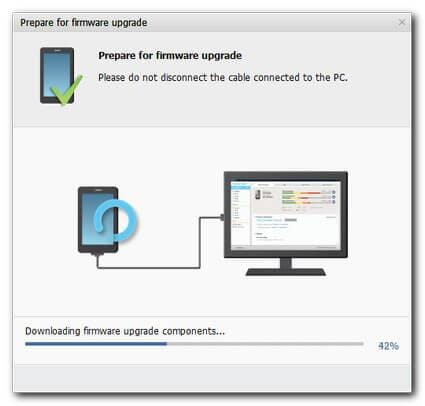 After a period, kies will be transferring the firmware files to the device. Make sure that the device is not disconnected.

When the process is completed click on the OK option. 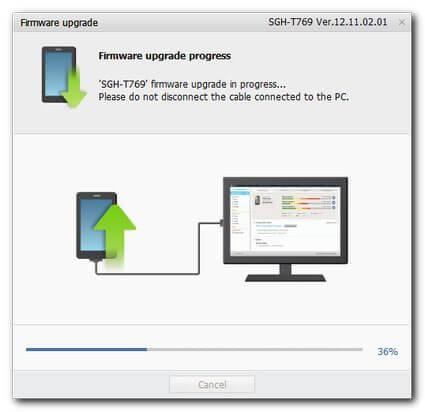 Disconnect the device from the PC. Once the device is disconnected, it is ready to be used with new software. 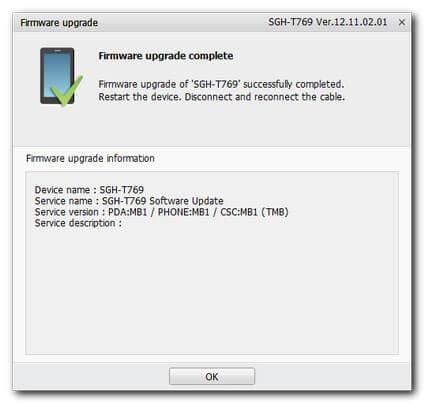 Samsung USB drivers come along with the Samsung Kies software. The USB driver can be easily downloaded from the Official website of Samsung. This software is developed in order to connect Samsung devices to the pc and manage various applications. It is available in both 32 bit version and 64 bit version. It will enable users to connect their Smartphone's to the pc and perform various tasks and activities. It should be downloaded from the Samsung official website and other websites contain malware along with the software. The software can be downloaded from http://www.samsung.com/in/support/usefulsoftware/supportUsefulSwMobile.do

A webpage will open which contains software which are developed by Samsung for their devices. (http://www.samsung.com/in/support/usefulsoftware/supportUsefulSwMobile.do)

After downloading it, open the software.