The Ultimate Guide to Unlock Bootloader on Any OnePlus Phones

Bootloader programs are pre-installed on your Android device to load the operating system on your smartphones and PCs. These high-tech modules are responsible for the seamless functioning of your device. Unfortunately, the device manufacturers generally lock these programs. A locked Bootloader does not allow flashing custom firmware, root access, and memory partitions.

Such a configuration causes problems to tech-savvy users in gaining root access, installing custom recovery and ROMs, etc. This scenario gives rise to the need for solutions for OnePlus Bootloader unlock. The following article focuses on addressing the concern in the simplest and quickest ways. 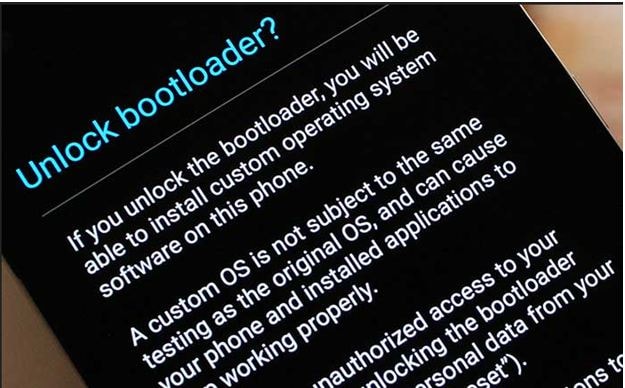 Part 1. What is a Bootloader?

Technically speaking, a Bootloader program launches the kernel of your Android smartphone and boots the device. The bootloader instructs your device's operating system on running the specific programs when the phone is switched on. The program is also responsible for protecting the smartphone's seamless functioning state. It verifies the recovery and boot partitions in the phone memory to ensure the smooth running of the manufacturer-authorized software. The device manufacturers lock these programs so that the bootloader or other memory partitions are safe from user flashing.

Part 2. Should I Unlock My OnePlus Phone Bootloader?

Unlocking the Bootloader programs is not some customary task. You should proceed with the same to sort out the most necessary technical encounters. When unlocking the bootloader on your OnePlus device, consider the following aspects:

As already stated, unlocking the Bootloader program is not something you can do every day. Interfering with your device's operating system configurations and memory status should be done at times of absolute necessity. Unlocking the bootloader of your smartphone is safe if done correctly with comprehensive knowledge of the process. Otherwise, you may permanently damage your device or encounter a security breach.

2. Benefits and Risks of Bootloader Unlocking

Unlocking the Bootloader program entitles you to a series of merits and risks at the same time. Taking the good things first, a Bootloader unlock allows you to customize the device in line with your requirements, uninstall all malware and fix system bugs. You can further install custom ROM to upgrade your phone to the most recent Android version for a new look. Coming to the downsides, unprofessional handling may lead to irrevocable damage and security breaches. Your device will stop receiving OTA updates after a Bootloader unlock.

When unlocking the bootloader of your OnePlus device, you should have a secured backup of the device data. You can work with the Dr.Fone- Phone Backup (Android) application to address the concern. The program is a popular PC tool to address data backup concerns for Android and iOS devices. Here's how you can work with the tool to back up almost everything on your OnePlus phone to a PC:

Launch the Dr.Fone-Phone Backup (Android) application on your PC and select 'Phone Backup' in the app's welcome interface.

Connect your OnePlus phone to the PC via a USB cable. Your smartphone should have USB Debugging enabled. Android versions 4.2.2 and later display a conformation prompt to allow USB Debugging. Click OK to confirm. Tap on 'Backup' in the following window to initiate the OnePlus data backup process. 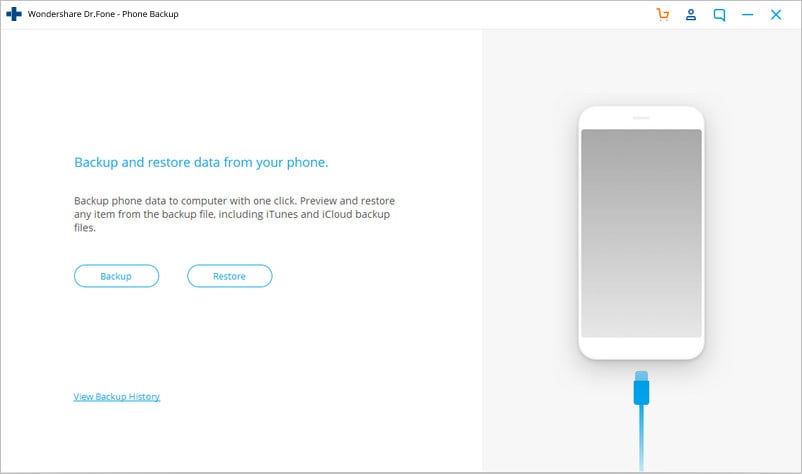 Choose the file types you wish to create a backup of. The app checks all the files for your convenience. When you have selected the files, hit 'Backup' and let the process begin. 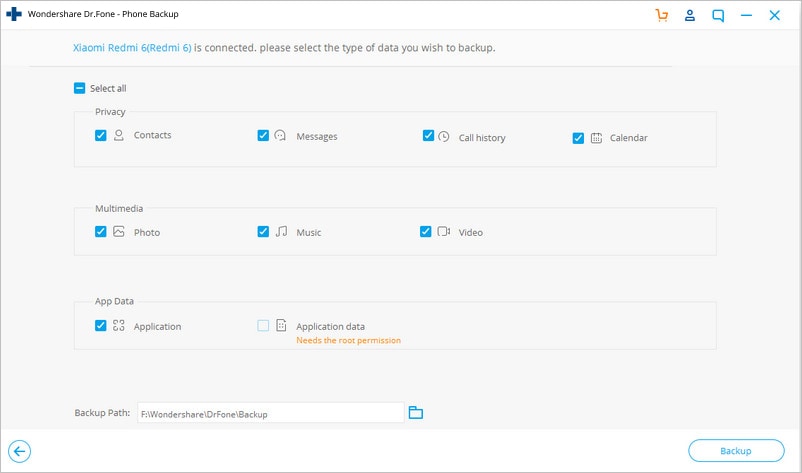 The backup process may take a while to finish. So keep the OnePlus phone connected to the PC and avoid using or deleting data from the device. 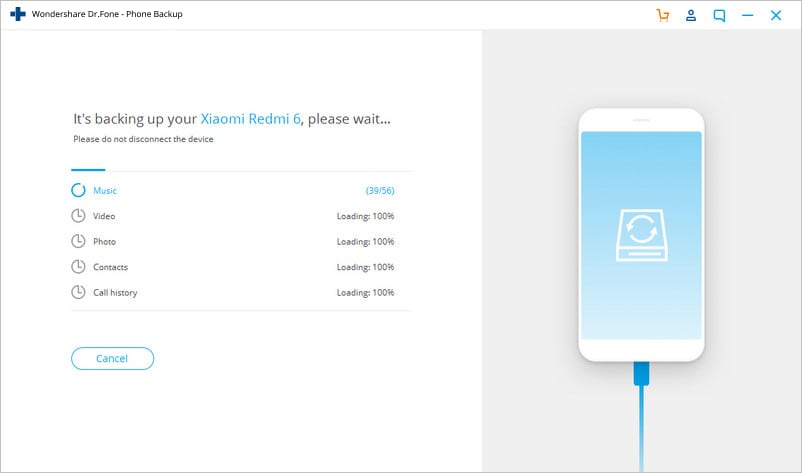 When the backup finishes, tap 'View Backup History' to go through the backed-up files. 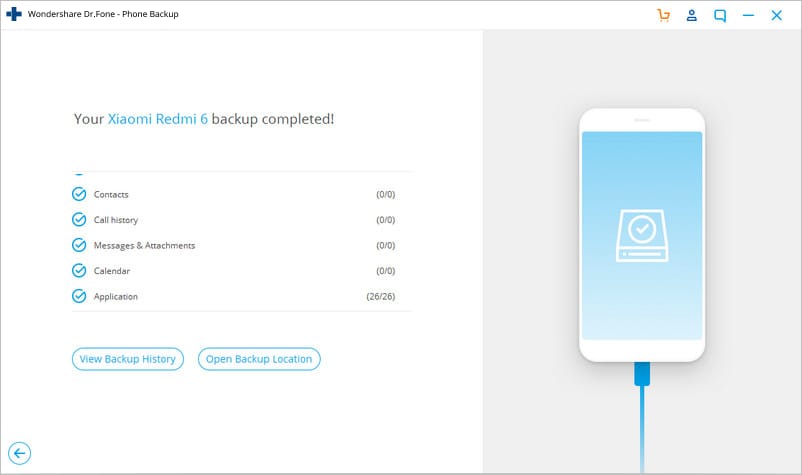 Part 4: How to Unlock Bootloader on Any OnePlus Phones?

Make sure of the following before Bootloader unlocking on a OnePlus smartphone:

The Bootloader unlocking process is supported by the following OnePlus devices:

Adhere to the following quick and easy steps to unlock the bootloader of your OnePlus phone:

Connect the OnePlus phone to a PC through a USB cable.

Navigate to the 'Android SDK and Platform Tools' folder and enter CMD within the address bar. Next, tap “Enter” on the system's keyboard to launch the “Command Prompt”.

Boot the OnePlus phone to the Fastboot/Bootloader mode by typing the following code in the CMD window: 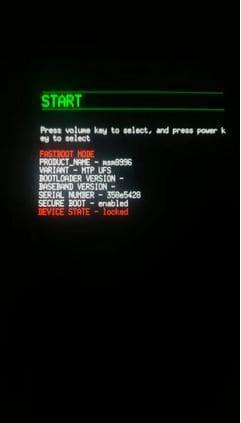 Run the following command to boot your OnePlus phone in the fastboot mode. Successful completion of the process displays the fastboot text along with an alphanumeric code.

Lastly, execute the command given below for unlocking the bootloader on the phone. Remember that all the stored information will be deleted after this step.

The successful execution of the aforesaid command will be confirmed by a message. Then, choose 'Unlock the Bootloader' using the 'Volume' buttons and confirm the action by pressing the 'Power' button. 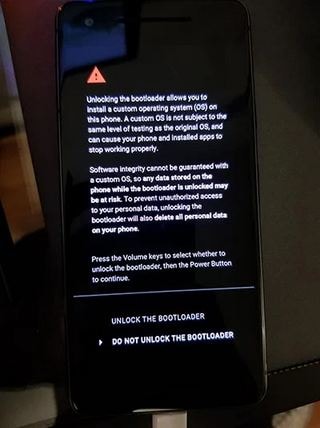 The following code will be used by the OnePlus phone to boot itself. In an otherwise case, it will boot to your PC.

The OnePlus unlock Bootloader process is now complete. Disconnect the OnePlus phone from the system. The initial booting process may normally take a while. The device needs to be set up from scratch, owing to the reset process.

1. Is unlocking bootloader the same as rooting?

Bootloader unlocking and rooting are inherently different from each other. A locked Bootloader does not allow convenient rooting of your device. On the other hand, unblocking a Bootloader program causes the removal of its security flag. This facilitates easy rooting and flashing of the Android device.

2. Does unlocking Bootloader delete everything?

3. Will my device be under the warranty after unlocking?

The hardware warranty of your device will not be lost if you simply attempt a Bootloader unlock. This may, however, happen during custom ROM installations where software crashes and bricks are common encounters. Such bricks cause damage that can't be sorted using software programs.

Unlocking a Bootloader program is a tech-savvy task that should be undertaken only when necessary. There are many things to understand before beginning to unlock the bootloader of your OnePlus device. First, take a backup of your device data and perform the task with sufficient technical expertise. Looking for reliable backup tools, you can rely on Dr.Fone - Phone Backup (Android) program. Not following these constraints may permanently damage your OnePlus phone, while losing the hardware warranty. On a general note, you should be very careful when unlocking the Bootloader program of any device.