Top 5 No Root FireWall Apps to Secure Your Android

A study was conducted by NCSA cyber security who confirmed that only 4% of the American population understands the meaning of firewall and almost a staggering 44% have no idea about it. Well, in today's world of technology and more and more dependence on internet, you can your personal information, become the potential target to a number of cyber threats, hackers, trojans, viruses, which are planted by people looking to take information from you. Shopping online, operating your bank account, all pose a threat towards identity theft and other malicious activities.

While some applications have legitimate reasons of accessing the internet, some do not. They open the door for threats and malicious activities. This is where a firewall helps as a shield and obstacle between your computer or digital device and the cyber space. The firewall filters information sent and received by following certain set of rules and criteria thereby, allowing or blocking harmful data. So, the hackers are unable to access and steal information pertaining to your bank account and passwords.

We all know about the basic windows firewall installed on PC's, however, today, in this article, we will focus on top five application firewall that controls both input, output and access, from, to or by an application or service, which is definitely a must need to protect your data and personal details.

NoRoot Firewall is one of the most famous firewall apps and helps you control the internet access for the apps on your Android. Most of the apps installed these days require data connection, and usually we do not get to know who is sending or receiving the data from your device. Hence NoRoot Firewall keeps a check on the data access for all the apps on your device. As it is a NoRoot app, it does not require rooting your Android, but it creates a VPN which diverts all the traffic on your mobile. In this way, you are free to choose what to allow and what to refuse and stop. 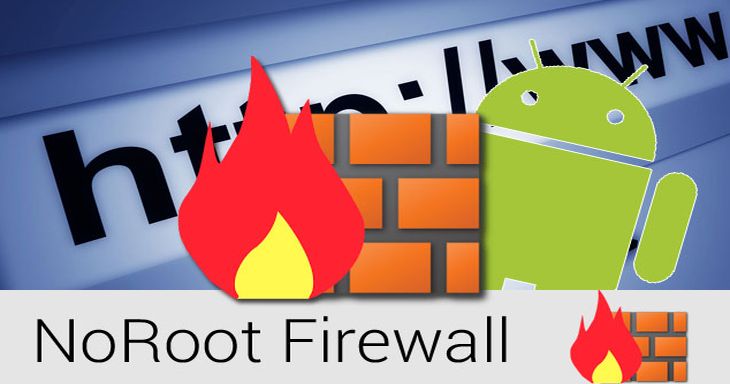 NoRoot Data Firewall is another excellent mobile and wifi data firewall app which does not require rooting in your Android device. It is based on VPN interface and helps you control the internet access permission for each and every app on both mobile and wi-fi network. Like NoRoot firewall, it supports blocking background data. It gives you reports to make you analyze the accessed websites for every app installed on your Android device. 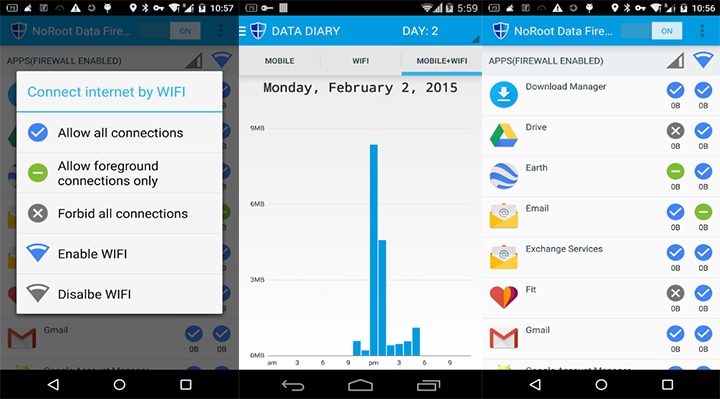 LostNet NoRoot Firewall app is a simple and effective application which can stop all your unwanted communications. This app lets you control the internet access for all the apps based on even country/region and just like the other apps block all background activities of the apps on your Android. It helps you to monitor the data sent by your apps and also track if any personal data is sent out. 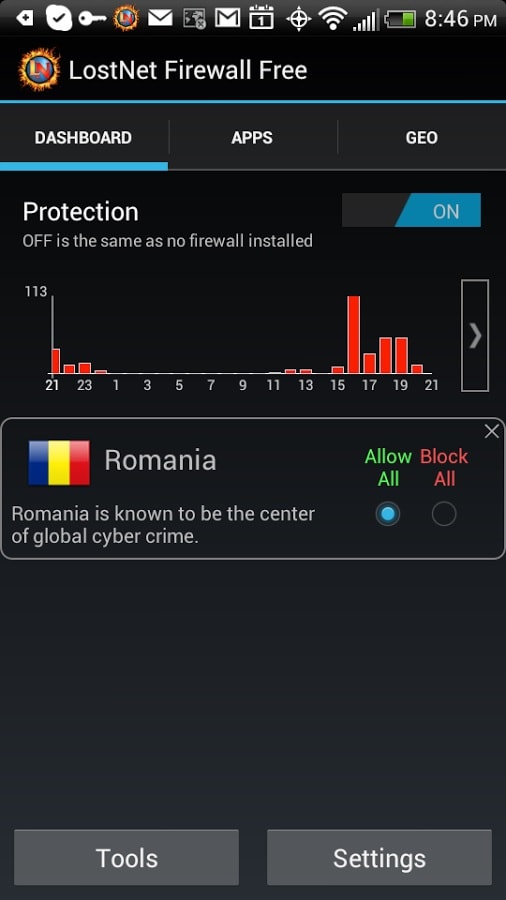 NetGuard is a simple to use noroot firewall app, which provides simple and advanced methods of blocking unnecessary internet access to the apps installed on your phone. It also has a basic and pro application. Its supports tethering and multiple devices, hence you can control other devices too with the same app and also helps you in recording the internet usage for each app. 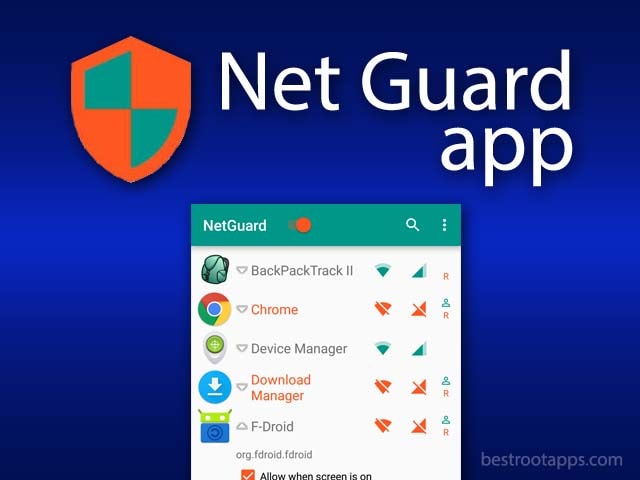 DroidWall is the last noroot firewall app on our list today. It is an old app which was last updated in 2011, and similar to the others it blocks your Android device apps from themselves accessing internet. It is a front-end application for the powerful iptables Linux firewall. It is a great solution for people who do not have unlimited internet plan or maybe just want to save their phone battery. 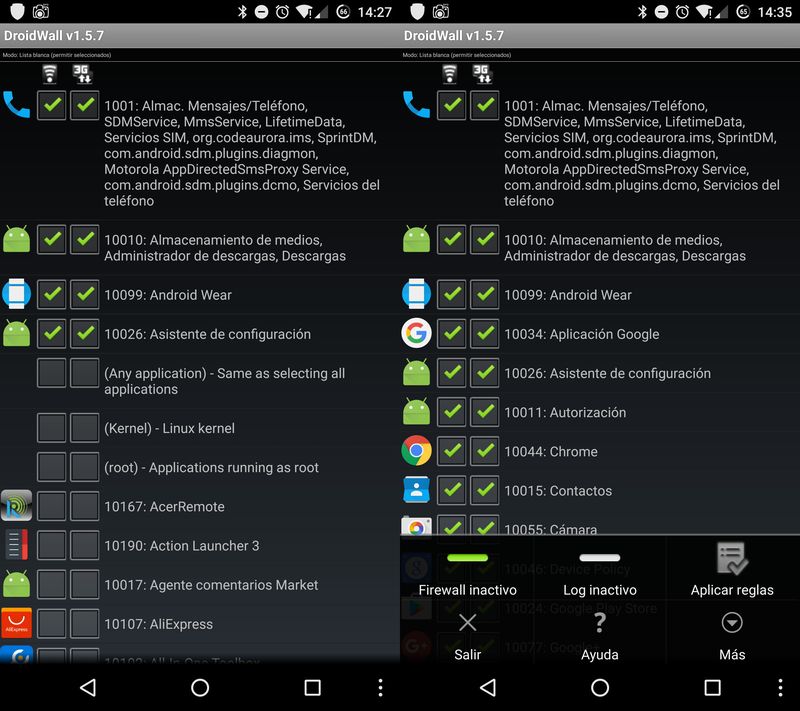 So these were the top five firewall apps for NoRoot Android devices. Hope this helps you in choosing the best for yourself.