How to Record Screen on iPhone without Jailbreak

Read further on a guide to know how to record the screen of an iPhone.

Part 1: Best Way to Record Screen on iPhone without Jailbreak

The first recorder I want to share to you is iOS Screen Recorder from Wondershare. This tool have both the desktop version and the app version. And both of them support the un-jailbroken iOS devices. You can buy one of them and get both the two versions.

How to install and record screen on iPhone

Fisrtly, you should go to the installation guide to download and install the app on your iPhone.

Step 2: Start to record on iPhone

Run the app on your device and click "Next" to initiate the recording process. When it is finished, the recording video will be sent to the Camera Roll. 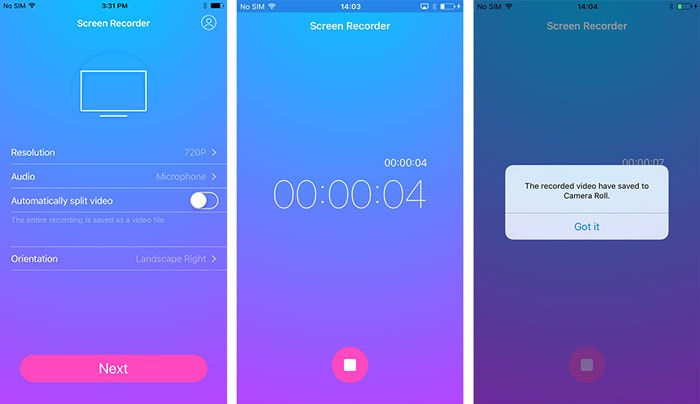 Screen recording of your device has many different uses which vary from user to user. Basically, if someone wants others to know about how to do a thing, or how to use a software, how to play a game and stuff like that, the person uses screen recording for that. So if you have an iPhone, you are going to have to record screen on your iPhone.

To do that, there are different techniques through which you can record screen on iPhone. Some people have already jail broken their iPhone, while others don't like to do it. Majority of the users of iPhone do not jailbreak their iPhone.

In order to record screen on iPhone, you do not necessarily have to jailbreak your iPhone. There are some methods through which you can Record Screen on iPhone without having to jail break it as a pre-requirement. We are going to introduce you to such methods which do not require jail breaking your iPhone in order to achieve your objective of Screen Recording on iPhone down below.

Part 3: How to Record iPhone Screen without Jailbreak

The option was introduced to be used by the users starting from the release of iOS 8 and OS X Yosemite. Therefore, you're going to have to at least have a device running iOS 8 and a Mac having at least OS X Yosemite.

Why Use QuickTime Player to Record Screen on iPhone?

1. It does NOT require Jailbreaking your iPhone.

2. It's completely free to use.

3. It's the most authentic way to record screen on iPhone.

Here is the guide:

i. An iOS device running iOS 8 or later. It can be your iPhone, iPad or iPod touch.

iii. A lightning cable (the cable that comes with iOS devices), or the usual data cable / charging cord.

2. No need to install a third-party app or additional hardware.

3. After having connected your iPhone to your PC or Max, please observe the following: 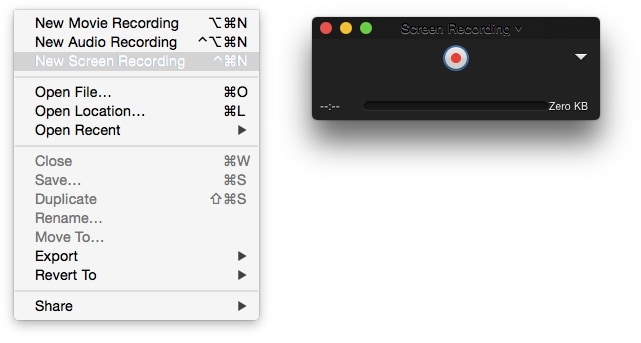 iii. A recording window will appear infront of you. Click the arrow button which is the drop menu beside the record button, and select your iPhone.

Select the mic if you want to record the sound effects in the recording as well. 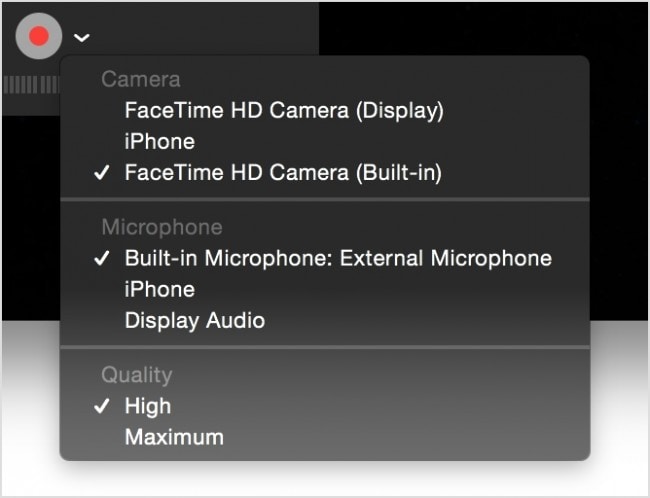 v. Click the Record button. Anything that you wanted to record on iPhone as it is being recorded now!

vi. As soon as you have finished what you wanted to record, tap the stop button, and the recording will be stopped and saved.

1. It does NOT require Jailbreaking your iPhone.

Here's a list of devices which support Airplay Mirroring:

Enable screen mirroring and media streaming on any Windows computer with AirParrot 2.

AirParrot 2 can be installed on:

When everything is good to go, just go to the device menu from your computer screen on which the mirror of your iPhone screen is being projected, and click on "Start Recording".

The methods which do not require jailbreaking usually involve having a computer available at your ease.

2. Recording by the means of some application like Reflector 2.