How to Use the Secret Screen Recorder in Windows 10

There are many uses of screen recording. A person can record their screen in order to do a how-to-do videos on games, or other technical stuff, some might record their screen to show how to use a particular software while other might do to help others in making their presentations or say, to help a friend.

Many different android recorder applications have been originated regarding this case to record screen in devices featuring software like Android, iOs and windows. However, not all the useful things which needed to be recorded are available on the mobile devices featuring android and iOs operating systems.

Many a times, it's the desktop computers or laptops the screens of which need to be recorded in order to achieve a particular purpose.

Read further to know about the secret Screen Recorder in Windows 10.

Windows 10 is a an OS which is developed by Microsoft. It was uncovered in September 2014.

It's currently the latest operating system in the market by Microsoft.

Windows 10 is successor of the earlier versions of the Windows OS like Windows Xp, Windows 7, Windows 8, and Windows 8.1.

Windows 10 provides its users the option to switch between the two different looks that they already got on Windows 7 and Windows 8 or 8.1. The users would face considerable difficulty in using the Windows 8 or 8.1 without having touch screen on their notebooks. Windows 7 was navigation-pad or mouse focused. However, Windows 10 focuses on both with an option to switch between the two.

Windows 10 has been made secure, comes with a better online services. It also introduced a modern web browser after having ending the Internet Explorer and introduced Microsoft Edge instead.

Windows 10 Secret screen recorder is one of the many new features that are being introduced in the Windows 10. Windows 10 screen recording is a hidden feature which also works as gamebar . The gamebar feature is a small toolbox which pops up when we want.

It's secret screen recorder tool inside windows 10, many people do not even know that there is an option in their window 10 by the name of Gamebar.

The gamebar can be prompted out by pressing "Windows logo key + G".

5.About Gamebar Being an Extension:

Gamebar is not an application itself. It's an extra feature, rather than an app. Gamebar is an Xbox app Game DVR feature.Therefore, this particular feature comes by its parent, and that parent is the 'Xbox application'.

Part 2: How to use the Secret Screen Recorder Tool in Windows 10

The first thing to do here would be of course, that you have the windows 10 already installed on your desktop or laptop. Just kidding, this is already understood.

As already mentioned, you can use the Gamebar as Screen Recording Windows 10. It can record screen in any open application behind it. Just not on desktop!

Here's a list of things that you can achieve with 'Gamebar':

The detailed step-by-step approach has been detailed below. Read further.

A: How to Take Screenshot by using Windows 10 Screen Recorder:

Here's how to use the Windows 10 Secret Screen Recorder to take screenshot.

Press the Hotkey to open up Gamebar.It can be done by pressing the following keys:"Windows logo key + G"

1. Gamebar shows up only when there are applications already opened in the background. It won't open on desktop or while switching between the apps. The application should be the target application of which the recording would be made. The application can be a game or any other application like Mozilla's Firefox.

2. When the gamebar is being opened up the first time on a new app, it pops out a message asking you to confirm whether the target application is a game or not. Check on the option "Yes it's a game." 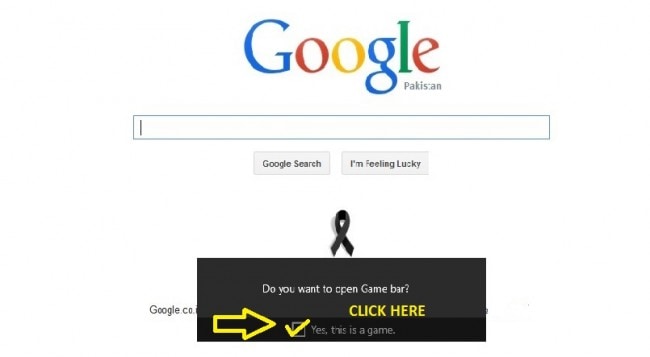 Just click on the 'Camera icon' of the gamebar, and you will be notified that a screenshot has been taken of the targeted app.

The screenshot would save in the folder " This PC > Videos > Captures " by default.

B: How to Record Screen with Windows 10 Secret Screen Recorder:

For this purpose, when you're over the targeted app, just click on the "Red Dot"in order to start screen recording in Windows 10.

The recorded videos shall appear under the same path " This PC > Videos > Captures "by default.

* A list of all the keyboard shotcuts is given at the end of the article.

Step 1.For this purpose, click on the settings button on the Gamebar:

Step 2.Make the settings you want on the gamebar feature as show below: 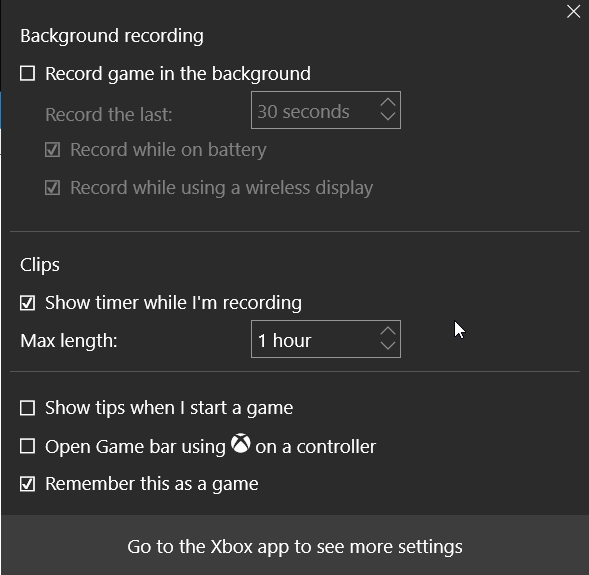 Step 3.If you want to go the DVR settings, just click on the "Go to the Xbox app to see more settings."

You will be redirected to the screen below: 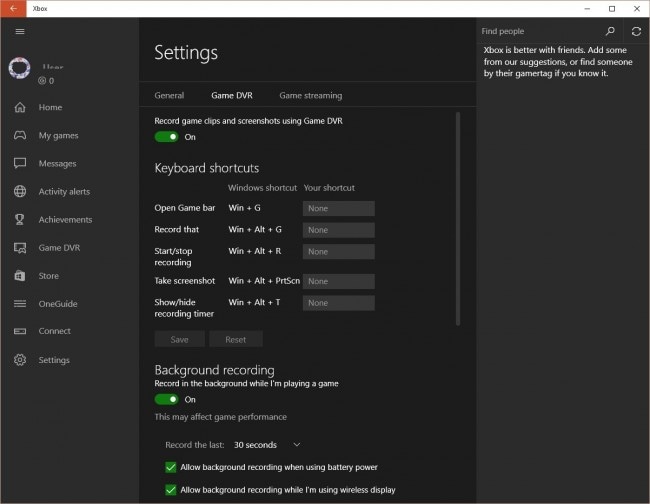 Here you can do all kinds of settings related to taking the screenshots or recording the gameplay, the Game itself, the shortcuts and hotkeys and other stuff!

With that, the Windows 10 Secret Screen Recorder has finally been revealed.

*When you're playing a game on your PC, here are shortcuts you can use to record clips and screenshots.

Whondershare MirrorGo is a popular android screen recorder software.Android user can enjoy mobile games on their computer ,they need a big screen for big games. Also total control beyond your finger tips.the most important thing is you can record your classic gameplay ,screen capture at crucial points and share secret moves and teach next level play.Sync and retain game data ,play your favorite game anywhere.