This article introduces the 7 best mirrors apps for iOS display streaming. Get iOS MirrorGo for streaming with better HD quality.

Having an iOS device like an iPhone or iPad has many cool and wonderful advantages. Today, we are going to introduce you top 8 iOS Mirror applications, which you can use to wirelessly stream your iPhone/iPhone display. Wirelessly streaming your iPhone means using it as a remote. You can watch on your Apple TV or HD TV whatever you have on your iPhone just from your palm. We will try to details each of the seven applications in a very clear and simple way so that anyone can understand.

Wondershare MirrorGo is software for screen mirroring that helps a lot in work. Something on the phone can easily show on a large screen PC. You can also control the phone reversely from the computer. Take screenshots of the device and save them to the files on the PC. Handle the screenshots flexibly on the computer.

Mirror your iPhone/Android to a big-screen PC

Available on: Windows
Start Download
3,347,490 people have downloaded it

Reflector 2 is a wonderful wireless mirroring application to help you stream your data, video, and content to the big screen without using any wires. Using it, you can easily play games, watch movies, present your demos, and much more from your palm. Developed by Squirrel LLC, you can buy this smart screen mirroring application for just $14.99 from the store. The reflector has many luring features which have made it very popular among the users. It has Smart Layouts, which make it choose the best layout automatically when multiple devices are connected. Another feature lets you spotlight one screen that matters most when multiple devices are connected. You can easily hide and show devices without disconnecting them. The most killing feature is that you can directly send the mirrored screen to YouTube.

The official website from where you can download it is http://www.airsquirrels.com/reflector/download/. It is a very user-friendly app that involves such a few steps to use it. 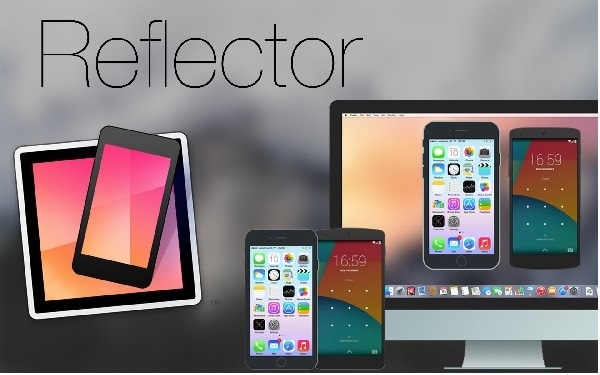 Mirroring 360 is an amazing application that allows you not only to record your device but also to mirroring and sharing with any other computer and big screen. You can easily share your device screen with a computer or projector without using any cables. It has many great features for smooth and flawless mirroring. Mirroring 360 is used everywhere: in schools, college, home, office, and by anyone, whether a student, a teacher, businessman, or a housewife. Mirroring 360 is considered the best alternative when it comes to mirror your presentations, share and record class lectures, watch movies, or play games. Though you have to buy it for using it fully, you can test it through 7 DAY FREE TRIAL. It is a cool software that can be used on both MAC and Windows. Mirroring 360 comes in different versions for different devices. While using Mirroring 360, keep in mind that your computer and the mirroring device, iPhone/iPad must be connected to the same internet network. 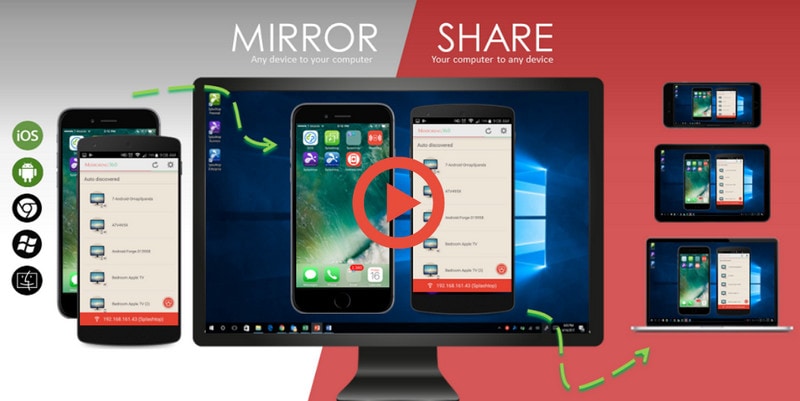 Airserver being an amazing screen mirroring app that allows you to share your iPhone/iPad screen with your PC in no time following some easy steps. AirServer has many innovative features for enhancing our digital world. Whatever is your purpose behind screen mirroring, AirServer makes you feel proud of using it. Note that both the iPhone/iPad and the PC should be connected via the same networking. You can turn your computer into a very powerful and reliable mirroring receiver through AirServer. Being developed for multiple platforms, it is compatible with Windows, Chromebook, Android, Mac, and others. Its unique feature lets you enjoy live streaming to YouTube. You can use it for multipurpose, including  Education, Entertainment, Business, Gaming, Streaming Live Video, etc.

You can buy and download it from this link: https://www.airserver.com/Download. 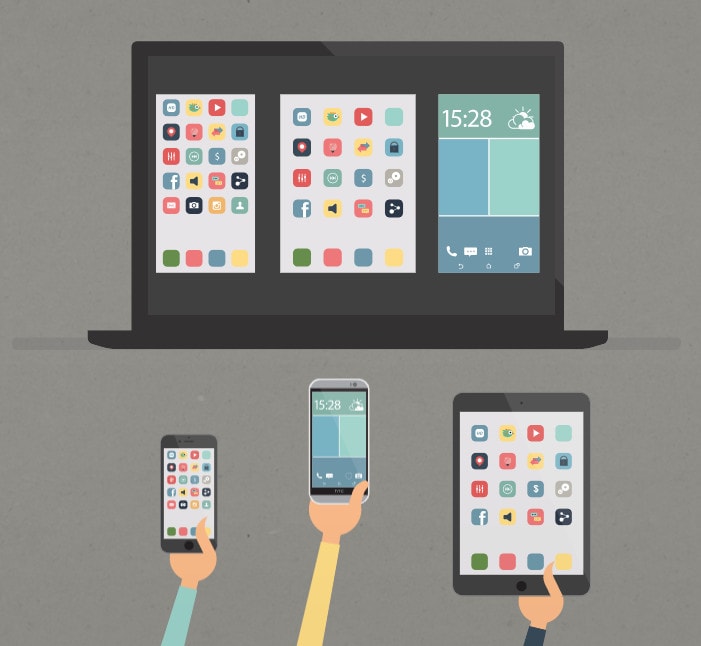 X-Mirage is the best application for wirelessly mirroring everything from your iPhone/iPad to a MAC or Window. Being the most professional Airplay server for MAC and Windows, X-Mirage helps you to stream the content from your iPhone or iPad to any other computer wirelessly. Using X-Mirage, you can record the screen, video, and audio of any iOS device with a single click. It lets you mirror multiple devices to a single computer or MAC and name your computer to identify among the Airplay receivers easily. Recording, mirroring, and sharing have never been so easy as it has made. Turning your MAC and PC into an Airplay receiver, X-Mirage makes you mirror -apps, games, photos, videos, presentations, and much more on the big screen. X-Mirage is such a user-friendly application that you can easily install it and use it without having any issues.

Either you visit its official website or this download link for both MAC and Windows: https://x-mirage.com/download.html for downloading it. 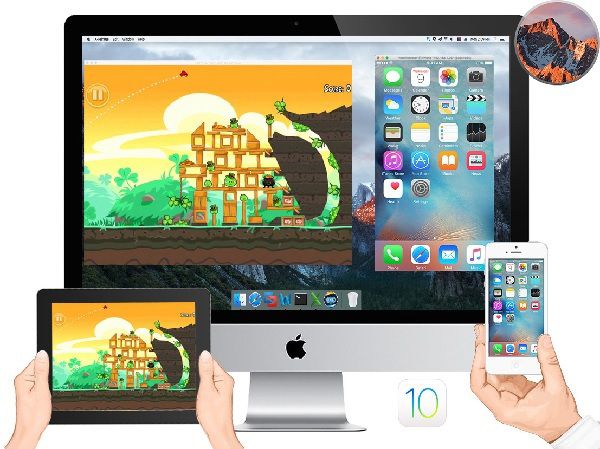 LonelyScreen is an AirPlay Receiver for PC/MAC. It is a simple application for mirroring and casting your iPhone or iPad to Windows or Mac OS computers. This tool provides efficiency during lectures, presentations, gameplay, etc. All mirroring and streaming happens wired or wirelessly. You can record a screen for a tutorial or educational videos. The only thing you need to do is to install the LonelyScreen application on the PC. Then make sure they connect to the same home network. 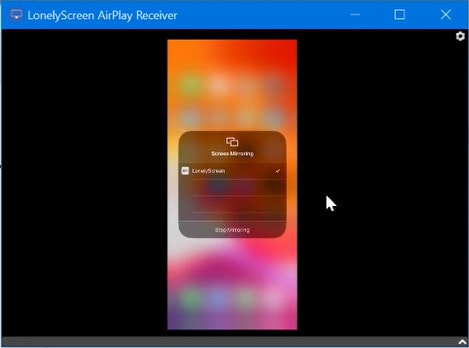 Now we are going to introduce you to a wonderful screen recording application that is Apowersoft iPad/iPhone Recorder. It gives you an amazing way to record and mirror your iPhone/iPad screen. You need to connect both your devices to the same network for screen mirroring. You don't need any Java Applet for using it except a launcher to install it. Apowersoft is developed for both Android and iOS devices. You can download it for free from its official website. It has made it easiest to mirror your iPhone/iPad to your computer as it has many killing features that you would love to.

Here is the link you can visit: http://www.apowersoft.com/. 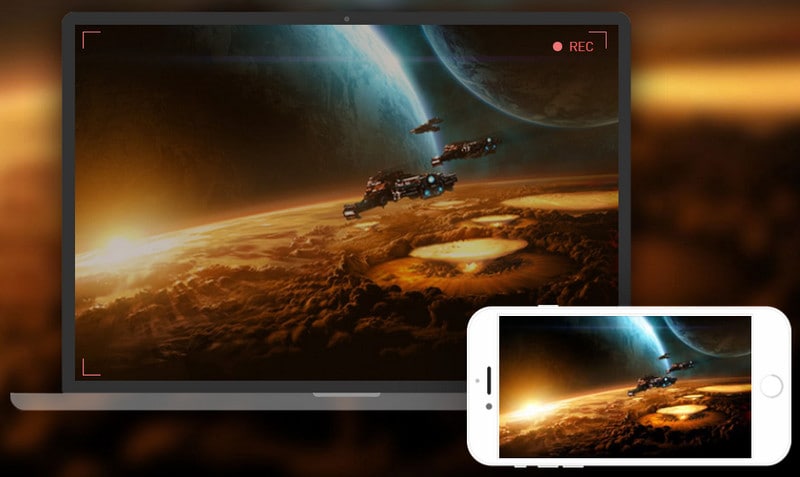 After reading this article, we learned about the different applications developed for screen mirroring for iPhone and iPad. Using these mirror apps, we can stream content from our iPhone/iPad wirelessly.

Screen mirroring is available in the free version of Wondershare MirrorGo. In some other applications, it offers 7 days free trial, like Relector 3, Airserver, etc.

2. Where is the mirror on the phone?

On Android phones, go to the notification panel and find the option of 'Screen Sharing' or something similar. On iPhone, the 'Screen Mirroring' is under Control Center.

3. How can I control my Android phone from PC?

It's easy to control Android phone after you mirror your Android screen to the PC using MirrorGo. First, install MirrorGo on the computer. Second, connect the Android to MirrorGo using a data cable. Third, enable the USB debugging on the Android. Done. You now can see the phone screen and use mouse and keyboard to control it from PC.