How to Use Snapbox and Its Best Alternative to Save Snaps?

The online world of today is filled with fun and apps that are changing the way entertainment works. One app that has been boldly making rounds and gathering a huge number of subscribers is Snapchat. Using Snapchat is so fun that those who have been using it already know how addictive it is, albeit in an entertaining way. Also, a lot of new users download and use Snapchat like on a daily basis. The Snaps and Stories that can be shared using the Snapchat platform keep us informed about our friends and relatives.

But the problem with Snapchat is that the Snaps and Stories do not last for more than 24 hours and they disappear after that time. Although this feature adds to the excitement of using Snapchat, it prevents users from saving the Snaps of other people.Now there are certain methods, that can be used to save Snapchats. One can take a screenshot of a Snap quite easily and save it on their device. However, with the new version of Snapchat, when you take screenshots of Snaps on smartphones, the sender usually will get a notification. And, the snaps will disappear in a few seconds after the receiver opens it. That's why many people want to find an easy way to take screenshot or record the snaps, especially without the sender knowing. One of the best of theseother methods is Snapbox. Snapbox is a third-party app that provides one of the easiest methods to save Snapchats.

In the following section we will learn how to use Snapbox to save Snapchats.

Part 1: How to save Snapchats using Snapbox

Now, what makes Snapchat so popular is that it is not targeted towards any particular age group and so people across all age groups find Snapchat interesting. However, it is not always a smooth sail with Snapchat. While Snapchat has started allowing users to download and save their Snaps as well as Stories to their device, it does not allow the users to save the Snapchats of others. Once they disappear, they cannot be seen ever again. This is quite frustrating as users cannot relish the Snaps and Stories after they disappear. Hence, Snapchat users have been trying hard to find a way of settling this irritating problem and being able to save Snaps and Stories of others as well on their device. You can always take a screenshot of others’ Snap, but it will not work like that with Stories. That’s where the Snapbox app comes into the picture. It allows Snapchat users to save every Snap and Story of their friends without any hassle. The saved Snaps can be accessed easily and viewed whenever it is wanted. Ready to save your favourite Snaps? Follow the instructions given below.

Go to the App store download the Snapbox app to your smartphone. The Snapbox icon has Snapchat ghost in an open box.

Install the app on your device and open it after the installation is complete. 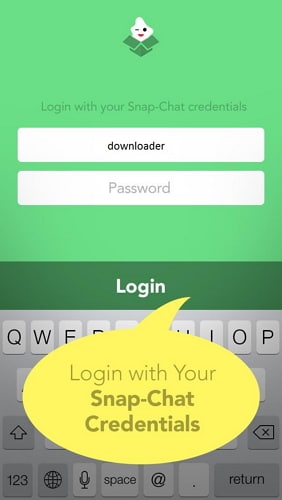 Step 3: save all your favourite Snaps

Whenever you get a notification for a new Snapchat, launch the Snapbox app and open the Snap in it. 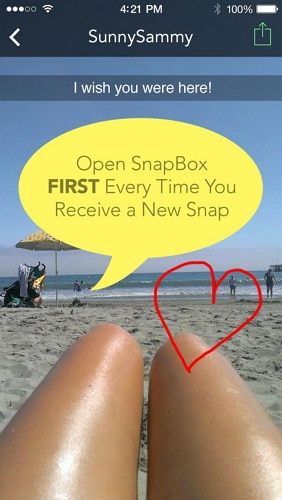 All Snaps opened first in Snapbox will be saved in it and can be accessed anytime. To review any saved Snap, open Snapbox in your smartphone. Tap on the “Available Only” button which can be found on top of the screen below the Snapbox header. Now you will be able to see the list of all saved Snaps. Tapping on any of them will open them for display. 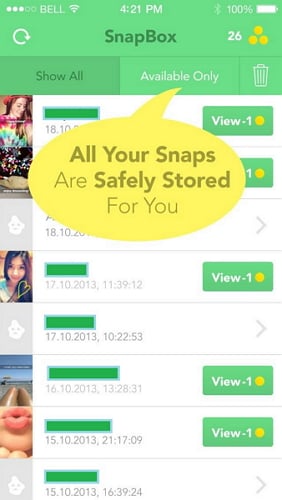 Snapbox is an easy and convenient method of saving Snaps to your iPhone. It is free and works perfectly fine on almost all iOS smartphones. But sometimes, you may not have enough space on your iPhone to download any apps. Further, as you save more Snaps, the Snapbox App will consume a lot more memory leaving you with a poorly responsive iPhone. Also, you cannot do away with the Snapchat app just because you have Snapbox as it is necessary to know if any of your friends posted a Snap. Hence having Snapchat as well as Snapbox app may not be feasible for those who have less memory available on their device.

In such situations, it is best to store the saved Snaps in a computer. Saving Snaps and Stories in a computer will nullify the need to download a third-party app to your iPhone. And also, you do not have to worry about the memory available to your iPhone. Hence, the best alternative to Snapbox is iOS Screen Recorder. You can use this even when you have Snapbox not working problem. Dr.Fone iOS Screen Recorder toolkit is a wonderful tool that can be used not just to record Snapchat Stories and Snaps but also everything on an iPhone’s screen. It is very easy to use and has multiple functions that make it the best alternative for Snapbox.

2.1 How to record iPhone screen with iOS Screen Recorder App?

The App version iOS Screen Recorder enables us to record and save Snapchat videos and photos on iPhone with no jailbreak or computer required.

Step 2. To install iOS Screen Recorder app successfully on your iPhone, it will ask you to trust iPhone distribution on your iPhone.

Step 3. After that, tap on iOS Screen Recorder app on your iPhone home screen to open it. Before we start to record the phone scree, we can customize the recording settings.

Step 4. Then tap on Next to start to record the screen. At this point, the window of iOS Screen Recorder will be minimized. Just open Snpachat and play the video you want to record.

Step 5. After the playback is finished, tap on the red tab on the top of your iPhone. This will end the recording. And the recorded video will be saved to your camera roll automatically.

2.2 How to record iPhone screen with iOS Screen Recorder software?

To save Snaps and Stories of others using the iOS screen recorder, follow the instructions given below.

Step 1: Connect your iPhone and the computer

Step 3: Mirror your iPhone on the computer

If you have iOS versions older than iOS 10, swipe up from the bottom of your device to open the control center. Now, tap on “AirPlay” button. Now, tap on “Dr.Fone” and toggle the slidebar near “Mirroring” to ON position.

For iOS 10, it is the same except that you don’t have to toggle to enable anything. 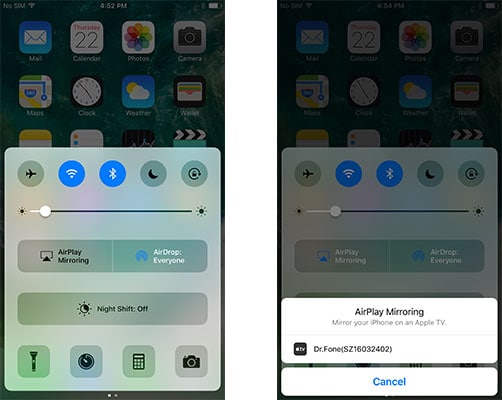 For iOS 11 and 12, swipe up from the bottom to bring up the control center. Then select Screen Mirroring > "Dr.Fone" to mirror your iPhone to the computer.

Launch Snapchat on your iPhone and tap on the Snap you wish to save in your computer. The Snapchat screen will appear on your computer with two icons. The Red icon is for recording while the other icon is for full screen. Click on the red icon to record the desired Snapchat story that you wish so that you can enjoy it whenever you want.

In this way, you can easily save Snaps even if you face Snapbox not working problem.

So, these are the two methods in which you can save Snapchats of others on your device. Both the methods are easy and require you to download a third-party application. While Snapbox is free, it has its own limitations and may pose problems after downloading. So we would highly recommend you to try the iOS screen recorder toolkit from Dr.Fone.

> How-to > Record Phone Screen > How to Use Snapbox and Its Best Alternative to Save Snaps?