3 Solutions to Save Snapchats on Android without Them Knowing- Dr.Fone

3 Solutions to Save Snapchats on Android without Them Knowing

Snapchat is popular among the masses for its short-lived photo sharing service. The maximum time till the sent or received photo exists on Snapchat is no longer than 10-20 seconds. The joy is enormous due to self-destructive nature of Snapchats. However, there are many instances when we like to save Snapchats on an Android phone. To do so, smart minds came up with new techniques to instantly take screenshots and save Snapchats automatically to amobile phone. But, here’s the smart play by Snapchat, too. As soon as the screenshot is taken or saved, Snapchat aware the sender that the sent photo has been saved by the receiver. Such scenario messes up all.

Recommended: How to Monitor Snapchat on iPhone and Keep Your Child Safe

Part 1: Save Snapchats on Android with MirrorGo Android Recorder

MirrorGo basic utility lies in displaying your Android phone directly to a big screen (like on PC) and that too wirelessly. It is built keeping in mind the gaming needs of an Android user. With this tool, one can wirelessly view mobile screen on a big HD screen. For abetter experience, it also has keyboard and mouse input. In addition, at critical moments of the game like identifying new trick, flaunting an achievement, etc. can be instantly recorded; either videos or pictures. Further, without any need to root your Android phone, one can get all the mobile phone notifications right on the desktop. So, be in touch with your social network right from your desktop, too.

It is the- an ability to instantly take screenshots of MirrorGo, that allow an Android user to save snapshots without knowing them or sender. Let us see how to leverage MirrorGo. If you are familiar with connecting two devices via Bluetooth, then you will find below process as much similar to it.

1. First of all, install MirrorGo both on PC and Android phone. 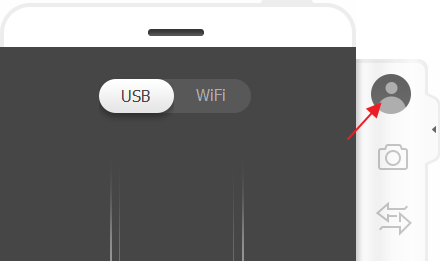 2. Having done that, now you will be required to sign-up for MirrorGo. 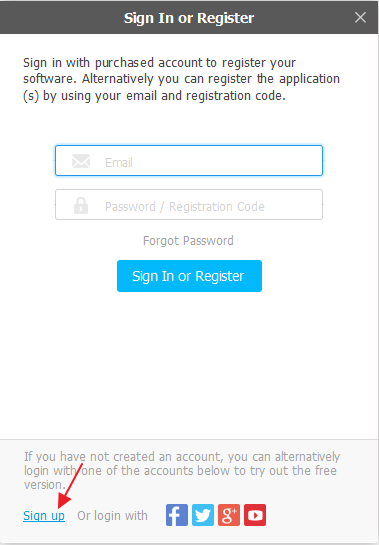 3. Now, on the first basis, it is compulsory to connect your Android phone and PC via USB. It is just a first-time requirement and then later, you can directly connect an Android phone to PC via Wi-Fi. 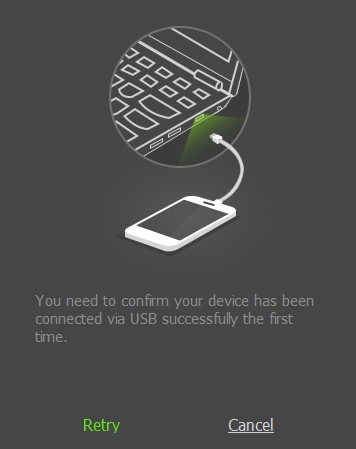 Do note that before connecting both via USB is chosen, check that USB debugging is in ON mode and MTP or PTP is enabled, too. If not, then do it as the first priority.

4. With this, you are ready to connect and save Snapchats (Android), too. There are two ways to connect. First is via mobile app and second via adesktop software tool. I recommend that you should install both- as theneed of either can arise anytime.

A. Begin by clicking on the "Scan" icon. It is found at the right top corner of this tool’s interface. 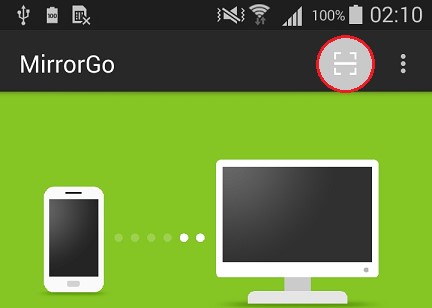 B. Now, you are required to scan the QR-Code that appears on the desktop. By scanning code, you have connected your Android phone with PC. 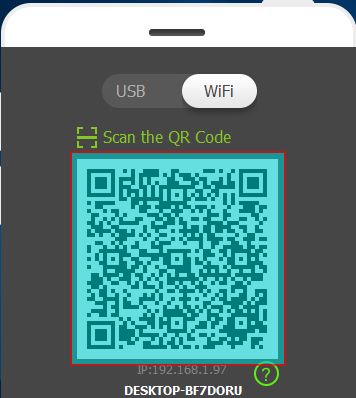 A. As soon as you click on “Wi-Fi,” a QR scan code will appear and connected Android deviceson the same Wi-Fi will be displayed at bottom of code. Here, choose your Android device to establish a connection. 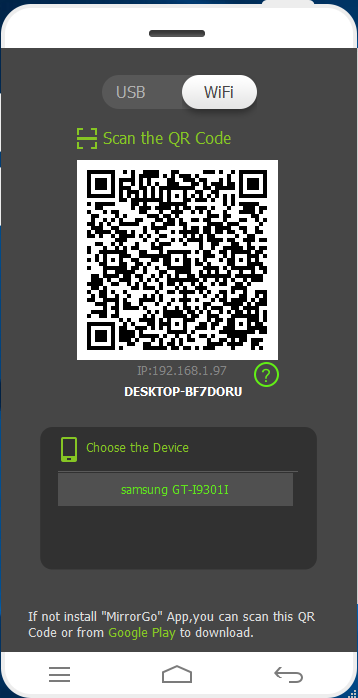 B. Now, a request is made to your Android device to confirm the connection. On clicking “Allow” connection is established between both. 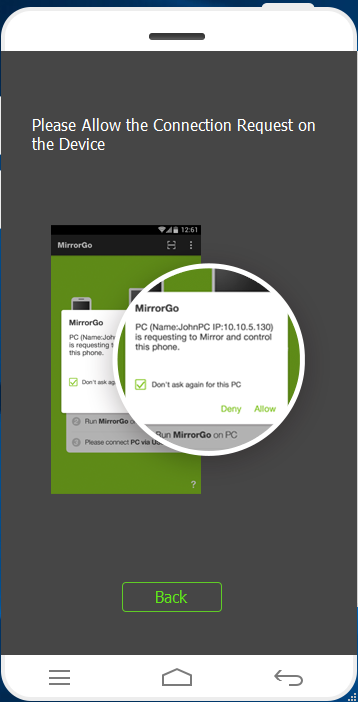 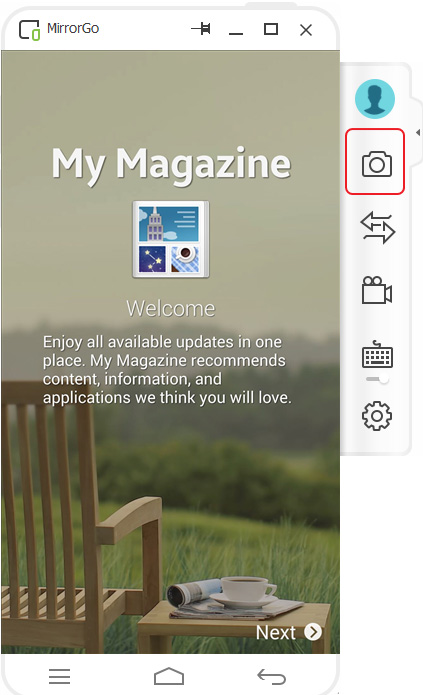 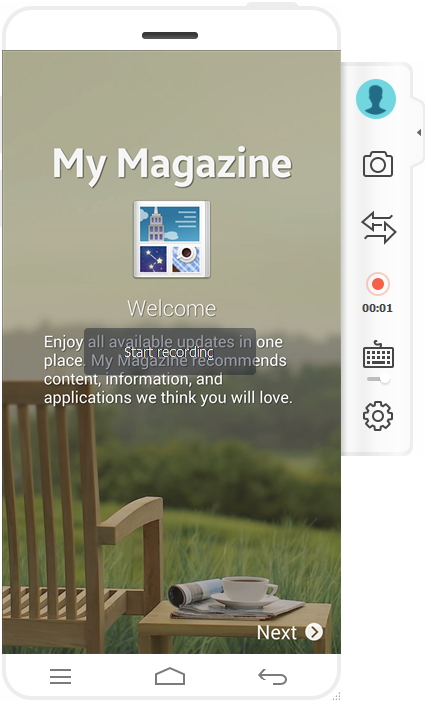 Part 2: Save Snapchats on Android with Casper

Casper is basically an APK. It is an alternative to Snapchat and has almost all the snap features, Emojis, etc. that you find in Snapchat. However, it can be used only via your Snapchat credentials. Google account is also needed for the verification process. One strange thing here is that the developers of Casper say that one should have a fake Google Account; because such will prevent Snapchat to take some action against you- like blocking your Snapchat account.

Do note that you will not find Casper in Google Play. So first, you need to enable“Unknown Sources” on your Android phone. Then download and install Casper APK from its official website.

Follow below steps to save Snapchats (Android) with Casper:

3. As soon as you sign-up, first you will see the direct snaps. And, then you can proceed to see the ‘Stories’ and then to ‘Friends’. See in below image. 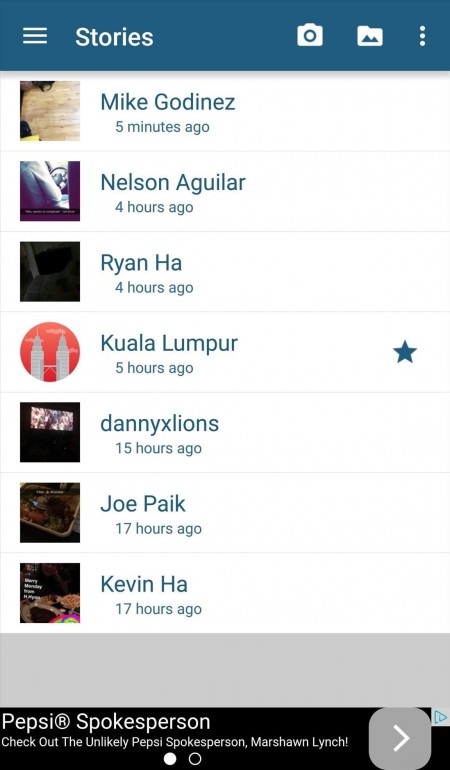 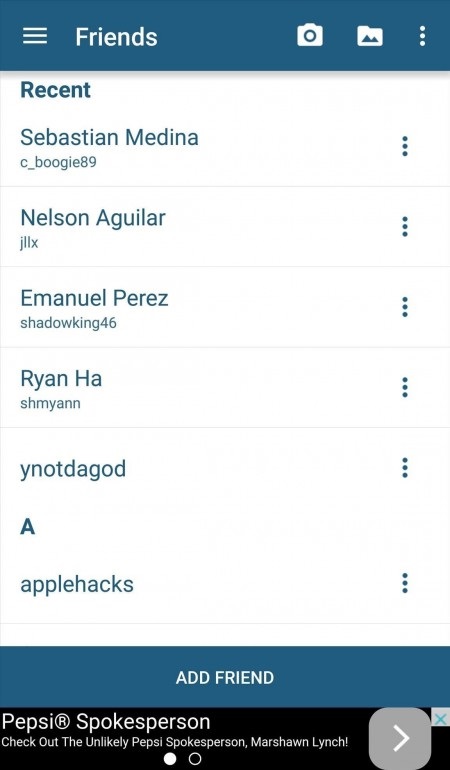 4. Now to save snapshots, you just need to click on the download button on the snap. You will find thebutton on the top of theinterface. 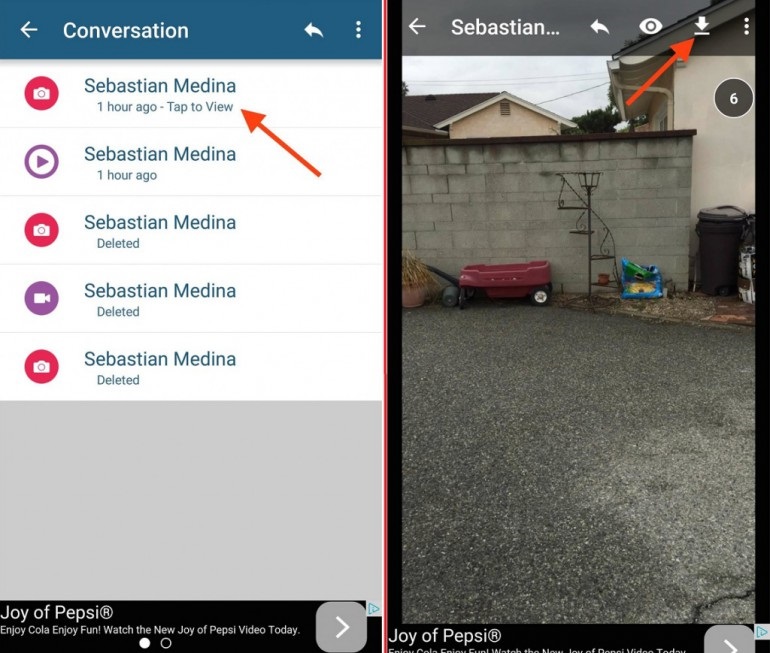 5. In this way, you can save Snapchats or save Snapchat videos. And, soon as you click ‘download’ button, Snapchat is saved in the “Saved Snaps” album. 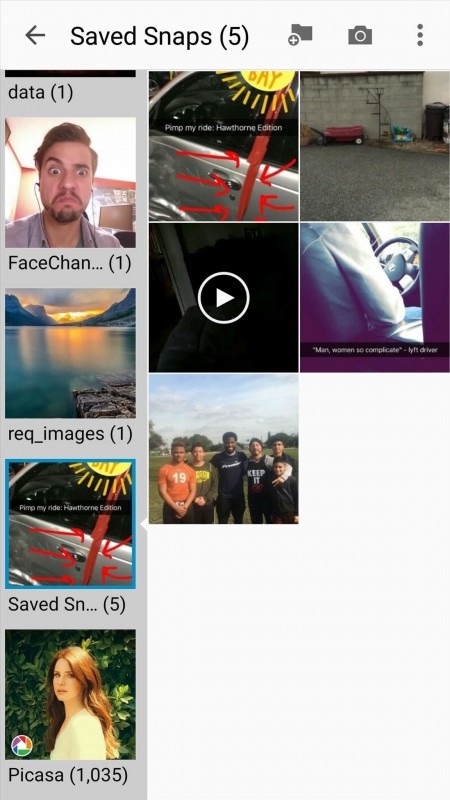 Part 3: Save Snapchats on Android with Another Phone/Camera

The last obvious method to save Snapchats is via another phone. The trick is very simple. You just need to put another phone you have (or friend’s phone) in video recording mode. Now, just place it comfortably somewhere so that this another phone can clearly record- whatever is going on your phone’s mobile screen.

Now as you are prepared, it is time to open your Snapchat. As the second phone is recording your screen, you have saved a video of all Snapchats. Now, by using a screenshot maker tool (from videos), you can save Snapchats or Snapchat videos (Android) without knowing them or sender.

So, we saw the three main methods and related apps to save Snapchats or Snapchat videos. It turns out that there are three main ways: using screen recorder tools like MirrorGo, third party apps or APK like Casper, and the obvious clever trick by using another phone or camera. Nevertheless, one can save Snapchats and Snapchat videos via rooting an Android phone, too. However, it should not opt as it can void your Android Device Guarantee. And as the last trick is clever yet tiresome and complex, the only options you are left with are third party apps/APKs and screen recorders.