5 Solutions to Save a Snapchat Video Someone Sent You

Snapchat is an amazing social sharing platform that is used by millions of users the world over. Though, it comes with certain limitations as well. For instance, you can't save snaps sent by your friends without sending a notification. If you want to know how to save a Snapchat video someone set you without getting caught, then you have come to the right place. In this post, we will let you know five different ways to teach you how to save a video on Snapchat.

You may be interested in: Snapchat Not Sending Snaps? Top 9 Fixes + FAQs

Part 1: How to Save Snapchat videos with iOS Screen Recorder? (iPhone Solution)

If you have an iPhone, then you can simply use the iOS Screen Recorder. It is a secure and reliable way to record your screen activity without violating Snapchat's terms and conditions. The tool is compatible with every major iOS version (including iOS 13) and runs on Windows systems. You can also use it to mirror your device to a bigger screen as well. Learn how to save videos on Snapchat using iOS Screen recorder by following these steps.

Save Snapchat video on iPhone without jailbreak or computer required.

How to save Snapchat videos with iOS Screen Recorder app?

Step 1. First, download iOS Screen Recorder app and tap on Install on the image below on your iPhone to install it.

Step 2. Then we need to trust the distribution on your iPhone. Go to Settings > Device Management > tap on iOS Screen Recorder's distribution and then select Trust.

Step 3. Once the installation is successful, open iOS Screen Recorder, customize the recording settings if need and tap on Next to start recording your iPhone screen.

Step 4. When iOS Screen Recorder minimizes its window, open Snapchat and plays the video, you want to record. iOS Screen Recorder will record the whole playback. Tap on the red bar on the top of your iPhone to end the recording. The recorded video will be saved to camera roll automatically.

In this way, the iOS Screen Recorder app helps you to save Snapchat videos others sent you without them knowing.

How to save Snapchat videos with iOS Screen Recorder software?

2. You can also connect both the devices wirelessly as well by connecting them to the same WiFi network.

3. In order to mirror your device, you can take the assistance of Airplay (or Screen Mirroring). Enable its option from the notification bar after connecting your phone to the system and tap on the option of "Dr.Fone" to start mirroring your screen.

4. This will start the mirroring operation. On your screen, you can see two buttons. One is to record the screen activity while the other one is to display the full screen. Open Snapchat on your phone, and before tapping on the video, you want to save, start recording the screen activity. Use Snapchat the usual way while recording it. Once it is done, stop the recording and save it on your system. 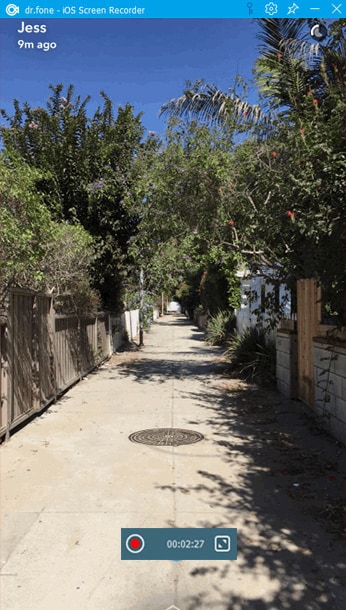 Part 2: How to Save Snapchat videos with QuickTime on Mac? (iPhone Solution)

If you have a Mac, then you can also take the assistance of QuickTime to save snaps. After learning how to save a Snapchat video someone sent you using iOS Screen Recorder, let's make you familiar with another option. Since QuickTime is owned by Apple, it is an extremely reliable way to make screen recordings. Also, it is quite easy to use. If you wish to know how to save a video on Snapchat using QuickTime, then follow these steps.

1. Get QuickTime from here and install it on your Mac. Launch it and connect your iPhone to your system using a lightning cable.

2. After launching QuickTime, you need to select the option of "New Movie Recording" to initiate the process. 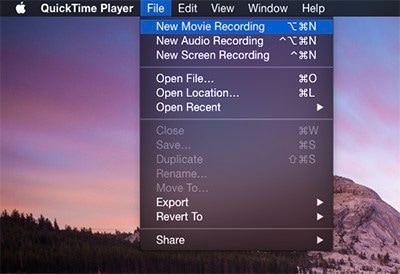 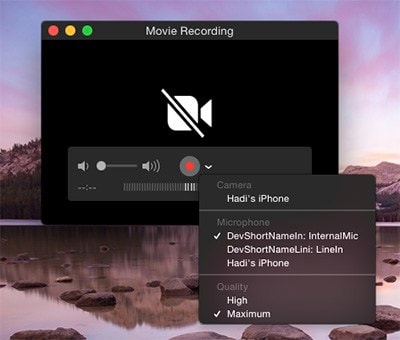 4. Wait for a while as QuickTime will mirror your phone's screen. Now, open Snapchat on your phone, and before opening the video, start recording it on QuickTime. This will record the videos in a seamless manner. After finishing your recording, click on the stop button and save your video. 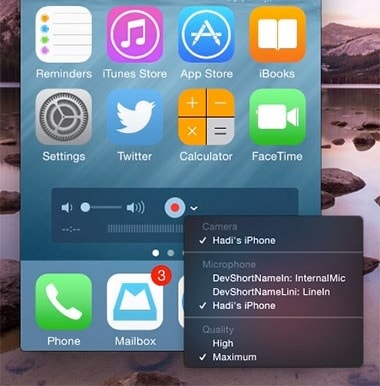 Part 3: How to Save Snapchat Videos with Snapbox? (iPhone Solution)

If you don't wish to connect your phone to the system in order to save snaps, then you can take the assistance of a third-party plug-in like Snapbox. Nevertheless, you should know that Snapchat doesn't allow the usage of apps like Snapbox, and it can lead to the termination of your account as well. If you are willing to take the risk, then follow these steps and learn how to save a Snapchat video someone sent you on your phone.

1. Download Snapbox from a third-party source like this as it is no longer available on the App store. Install it on your device and provide your Snapchat credentials to log-in. 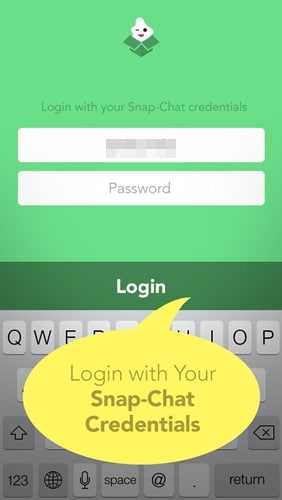 2. The interface is quite easy to use and similar to that of Snapchat. Just open a video that you wish to save and tap on the Save button to store it. 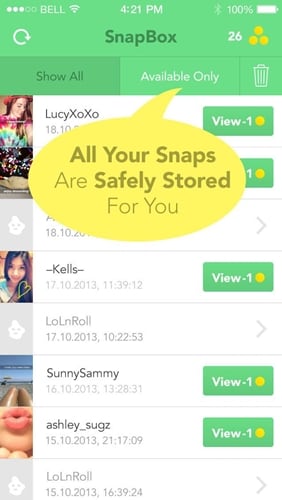 3. Also, you can auto-save the snaps by enabling the option in Settings. Simply open a snap, and it will automatically be saved on your phone (camera roll) without sending any notification to your friends.

Part 4: How to Save Snapchat Videos with MirrorGo Android Recorder? (Android solution)

After learning how to save videos on Snapchat for iPhone, it is important to know the same for Android devices as well. One of the easiest ways to record your screen activity is by using MirrorGo Android Recorder. It is an extremely secure screen recorder that runs on a Windows system. It can also be used to mirror your screen and record videos on the go. If you wish to learn how to save a video on Snapchat using MirrorGo, then follow these steps.

1. Get MirrorGo from its website and install it on your Windows system. Create an account or simply sign-in using your credentials.

2. Taking the assistance of a USB cable, connect your phone to the system. Beforehand, enable the option of USB Debugging on your device.

3. After making the connection, tap on the "USB Options" on the notification bar. 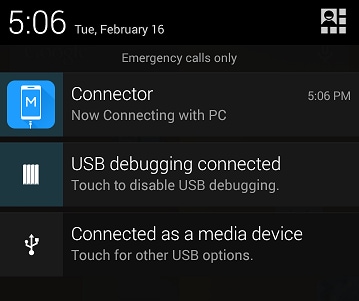 4. From here, you can select the way your device would be connected. Enable MTP and make sure it is not set to "Charger only." You can also make a wireless connection as well. 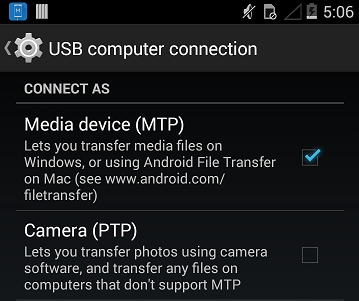 5. After mirroring your phone, you will get added options on the screen, in order to record a video, open Snapchat and click on the video icon to start the recording before opening the video.

6. When the recording is done, just click on the stop button and get a screen similar to this. You can access your video by clicking on the file path.

Part 5: How to Save Snapchat videos with Casper? (Android Solution)

Casper is another popular alternative that can be used to save Snapchat videos. Though, unlike other options, its constant use might block your account. It has an interface similar to that of Snapchat and will let you save snaps with a single tap. If you wish to record videos without connecting your phone to the system, then it is a great alternative. To learn how to save a Snapchat video someone sent you using Casper, follow these steps.

1. Since Casper is no longer available on Play Store, you can download it from here. After installing it on your device, launch it, and provide your Snapchat credentials to import your data.

2. The interface would be similar to that of Snapchat. Now, just open the video that you wish to save. On the top right corner, you can see a download icon. Tap on it, and your video would be saved. 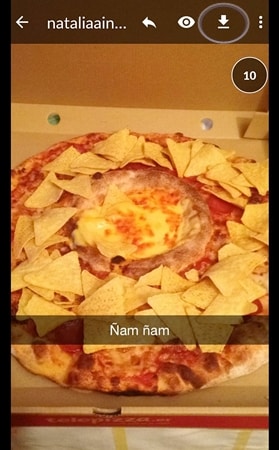 3. In order to access the video, go to Settings and open the folder of "Saved Snaps". You can view your video here and can even transfer it to any other location on your device as well. 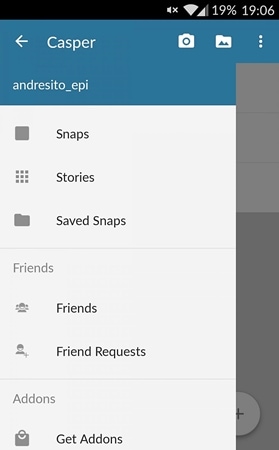 Now when you know how to save a Snapchat video someone sent you using five different tools, you can definitely make the most out of your favorite app. Pick your preferred alternative and know how to save videos on Snapchat without getting caught. Though, we recommended that you should choose a secure option (like MirrorGo Android Recorder or iOS Screen Recorder) to save snaps without compromising your account.