How to Transfer iPhone Files to PC without iTunes 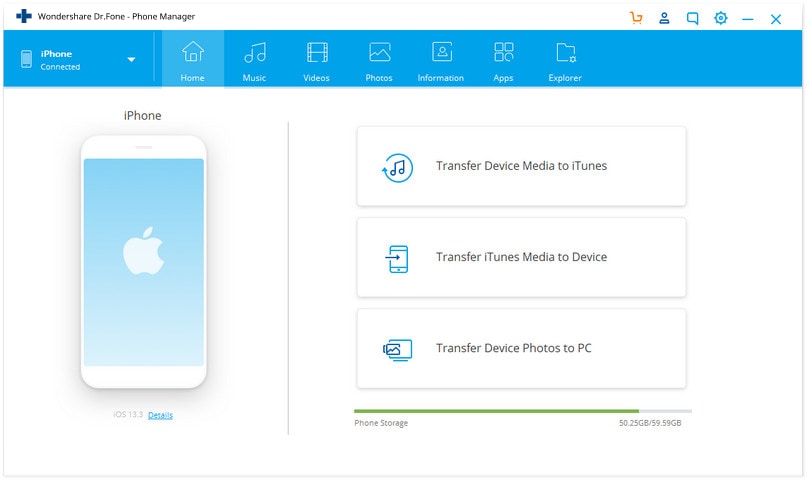 Go to Photos tab, select the photos you would like to transfer to computer and click Ecport to PC to transfer files from iPhone to PC. 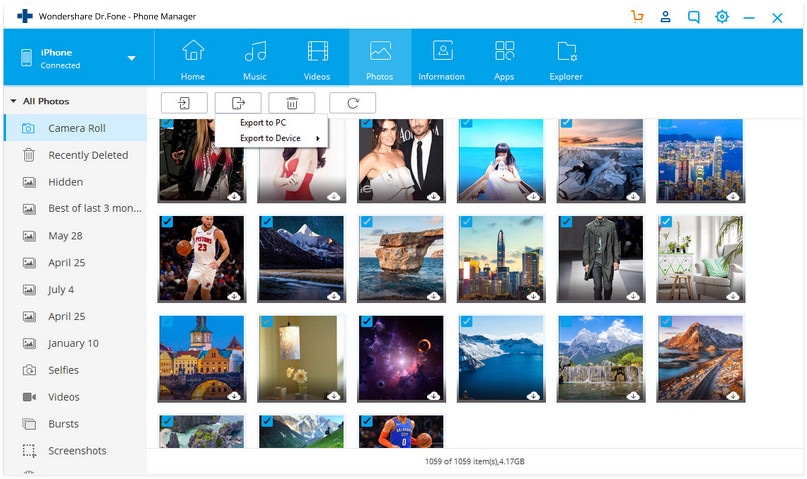 A simple yet effective iPhone transfer tool for the purpose of the transfer of files from one place to another. It also controls the iOS devices much easier and in a better way than iTunes. Syncios is a way to the easy transfer and organization of iPhone, iPod and iPad data on any PC. 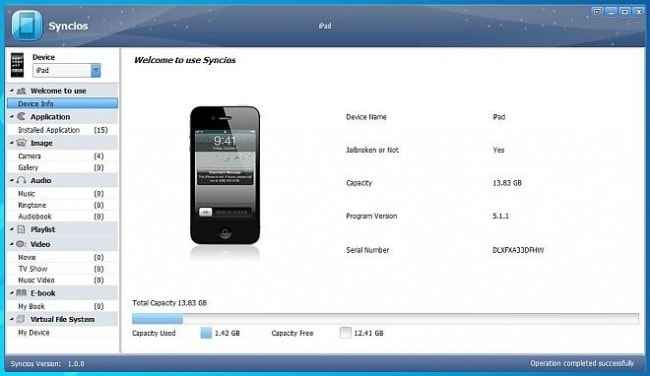 A product of CopyTrans, CopyTrans Apps is a simple solution to effortlessly serve several services like backing up and restoring iPhone apps, settings and documents. With the use of CopyTrans Apps, you can even ali documents to apps and transfer iPhone games with scores and progress to any device. The highlight of the CopyTrans Apps is that the complete process of the installation of iOS apps on iPhone and iPad with CopyTrans Apps takes only two clicks and even does not require iTunes.

The several services of CopyTrans Apps can be as follows:

Installation of apps on any iPhone 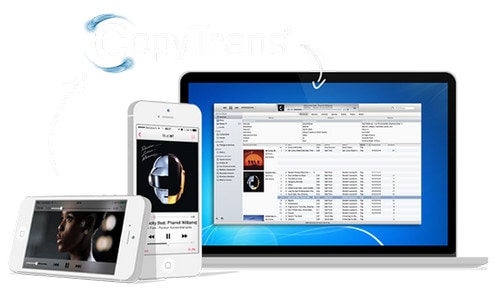 Considered as one of the most ultimate and all in one iOS content management system that gives huge control over all the stuff. Even, it is being considered that the AnyTrans cares for Music and Playlists even more than iTunes does. 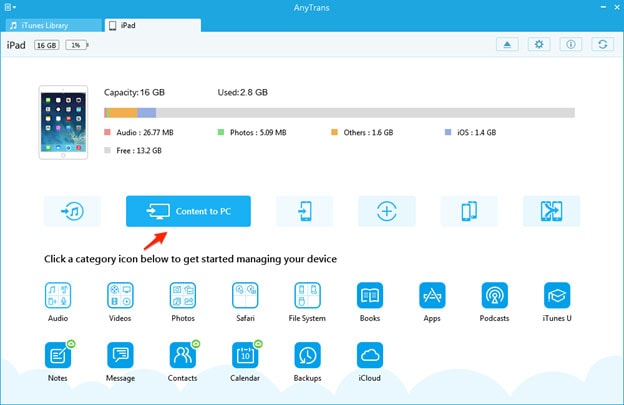 iExplorer is just another iPhone Transfer tool for the purpose of Windows and Mac. The best thing about this app is that it requires no technical knowledge to use it. It stream media with cloud integration and also allows access of any directory on Windows or Mac. 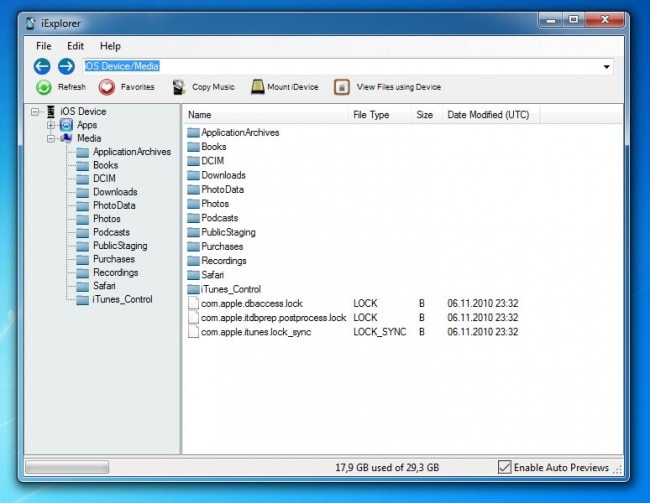 PhoneTrans, just another iPhone Transfer tool for the purpose of the ideal free iPhone music transfer! Considered as the best iPhone music transfer, the app is a one of the easiest to use and in fact can be considered as just walking at your backyard. Phone Trans is highly helpful for the purpose of transferring music, photos, apps, movies, music videos, TV shows, podcasts, ringtones, eBooks for Free!

With the PhoneTrans available for both the platforms Windows and Mac, the app is a completely free and well built app for iPhone music transfer. It serves the purpose of 100% Free Transfer Media Files to/from PC and Mac like Exporting music from iphone, ipad and ipod to computer, and vice versa even without the need of itunes. It also serves the purpose of the transfer of movies, ringtones, several media files and apps from and to device. With PhoneTrans considered as one stop solution for all the needs, the Phonetrans is considered as among the best for iphone music transfer and other purposes. 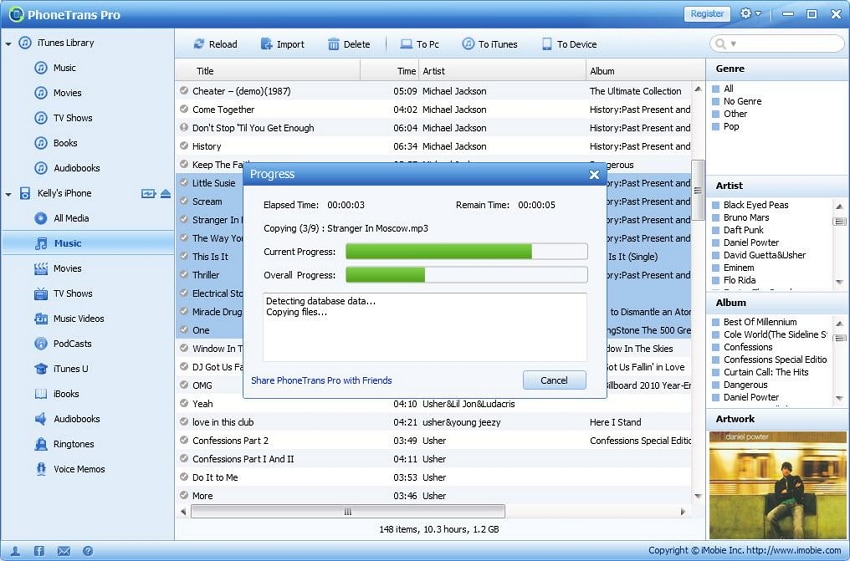 An app considered as a no brainer, for the purpose of the transferring of files from iDevices to iTunes and PC. iSkysoft iTransfer covers various aspects like copy Music, Videos and Playlists to iTunes and your PC from iDevice, share the Music Collected without need of iTunes. Transfer Media Files from PC/iTunes to iDevice and optimize the formats and maintain your media files and create backups of them on PC/iTunes are some of the other works, which iSkysoft iTransfer covers. 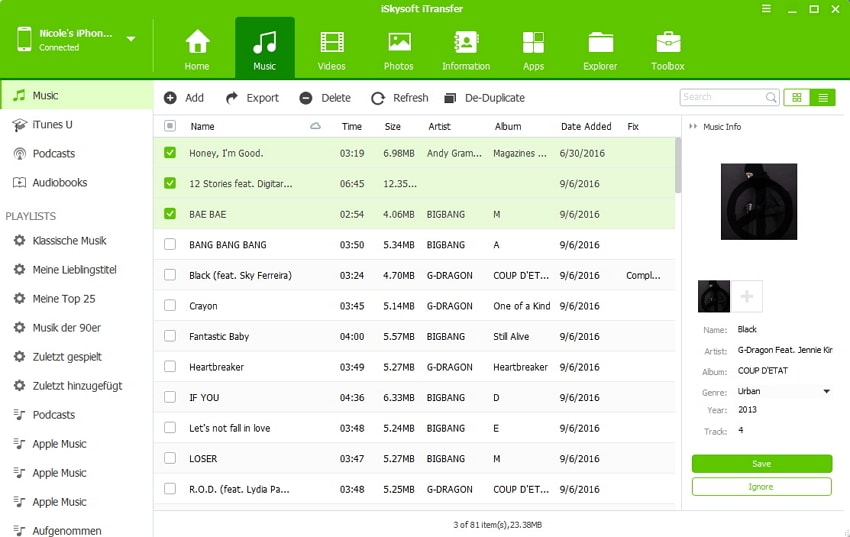 Zapya is just another tool for the fast cross-platform file transfer & sharing. It is considered as one of the coolest sharing tool all over the world. Zapya is Free and Self-contained Sharing Network. The best thing about the Zapya is the ability to transfer files without Mobile Data Network nor wifi connection. No data usage! No internet needed! 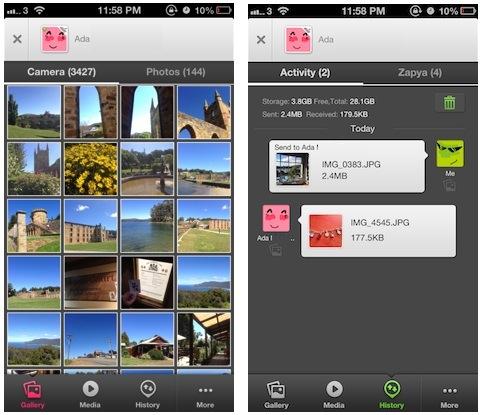 Fotolr, a powerful app belongs to the genre of photo processing App which has many powerful and useful functions. The five major functions of the Fotolr are Picture editing, Image Effects, Makeover, Album function and photo sharing.

Simple Transfer is just another one of the best iPad and iPhone photo transfer app, which is widely popular among the people all over the world. The popularity of the apps can be judged from the fact the simple transfer app has been downloaded over one million times. With the Simple Transfer, it becomes very easy to copy photos from iPad and iPhone to your computer. It also preserves the Meta-data of the photos. With the Simple Transfer, all photo albums and videos on computer can be transferred to your iPad and iPhone via Wi-Fi. It also provides protection mechanism and thus you can set up a pass code to access it. The highlight of the app is that it has imposed no limit in the photo transferred size, thus you have the full authority to the transfer mechanism. It also works on all operating systems including windows and Linux. However for the initial 50 photos, the app is free, but requires aliitional amount to be paid beyond it. 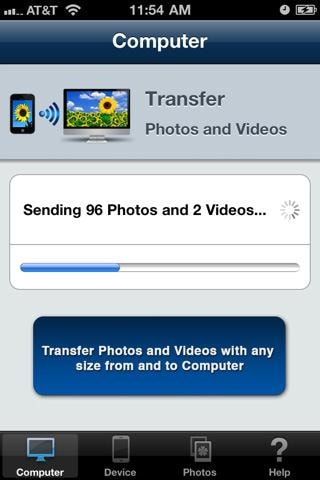 Dr.Fone - Phone Manager (iOS), iPhone Transfer tool makes importing and exporting files between your iPhone and the computer so easy and simple. Simply download and have a try. Here is also a guide to make your iPhone data transfer the safest, which includes detailed steps. Check them out.