How to Sync iPhone with Multiple Computers without Losing Data

Having two or more than 2 computers can surely be an exciting experience, but if you are an Apple iPhone user, then this excitement will soon fade away, when you try to sync your device with these 2 different PCs. Apple does not allow the users to sync their iOS devices to iTunes library on multiple computers. In case if you try to do so, a popup window opens to warn you that iPhone is synced with another iTunes library and an attempt to sync to new library will erase the exiting data.  So if you are also facing similar problem and having the dilemma on can I sync my iPhone to more than one computer, this article will be of great help.

dr.fone - Phone Manager (iOS) is professional software from Wondershare that facilitates transferring files between iOS devices, computer and iTunes. The software enables you to sync your iPhone to multiple iTunes library on different computers. With dr.fone - Phone Manager (iOS), the process is not only quick and easy but also without any worries as existing data on your iPhone is not erased during the sync procedure. Using this amazing software, you can sync music, videos, playlists, apps and other content from your iPhone to multiple computers. Stuck in situation on how to sync my iPhone with two computers, read below to get the best solution.

Transfer MP3 to iPhone/iPad/iPod without iTunes

Step 1. Download, install and launch dr.fone on your new PC. Choose "Phone Manager" from all functions, and connect your iPhone to the new PC.

Step 2. From the main software interface, click Transfer Device Media to iTunes option. A new popup window will open from where click Start and the scanning of media files on your device will be done. 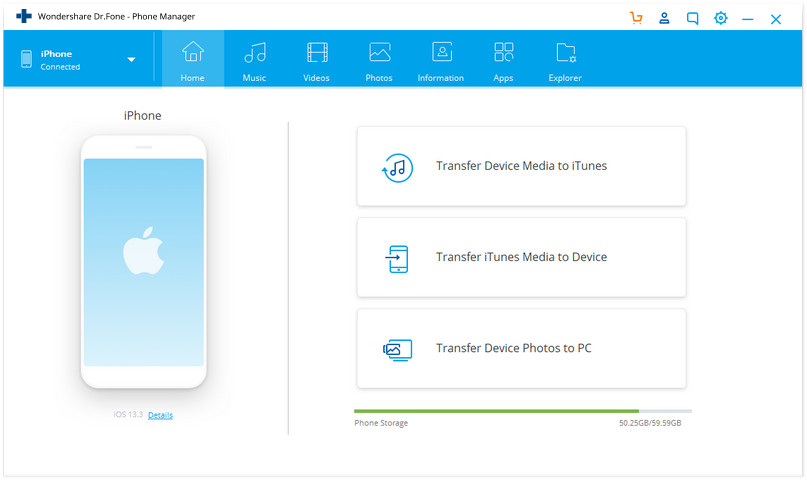 Step 3. On the next page, dr.fone will display the list of exclusive media files which are not present on the iTunes library. Select the type of media files that you wish to transfer to iTunes library and click Start at the bottom right corner. (By default, all items are checked) to start the process. Once the files are transferred and the process completes, click OK. 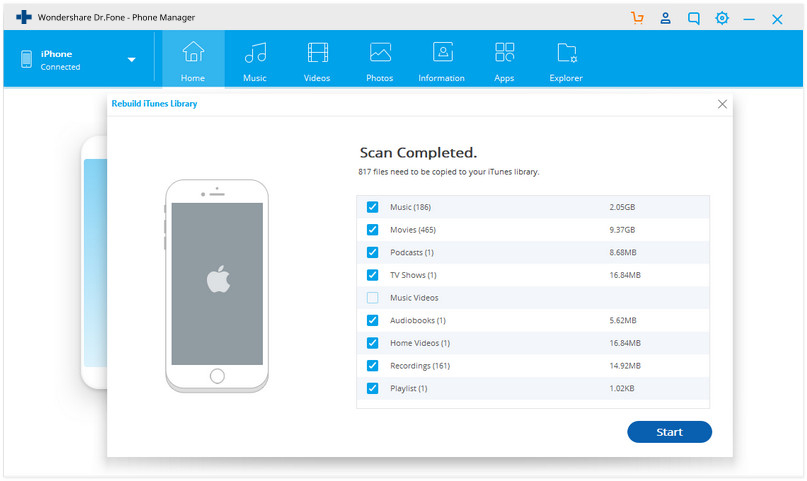 Step 4. Now all your media files of your iPhone are now present in your iTunes library of your new PC. Next step is to transfer the files from iTunes to iPhone. On the main dr.fone software, click on Transfer iTunes Media to Device. A pop-up window will appear to show the list of files on iTunes. Select the ones that you want to sync and click on Transfer at bottom-right corner. 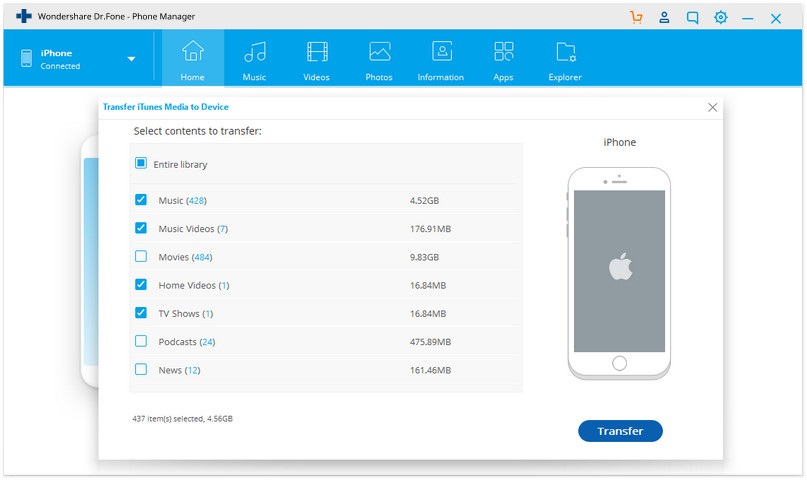 With above steps, you can successfully sync iPhone to multiple computers.

If you are too possessive about your iPhone, and do not want to experiment with any new software for syncing needs, then iTunes can also be used to sync iPhone with multiple computers. Though at first instance, this may sound against the working of iTunes, but in real it can be done by tricking your iPhone. While connecting your iPhone to the new computer, you can trick it in a way so that it thinks that it is connected to the same old library. Understanding deeply, iTunes library which is linked to your iPhone or other iOS devices is recognized by Apple on the basis of Library Persistent ID key which is hidden on your PC/Mac. If you can copy and paste this key between multiple computers, you can trick your iPhone by making it think that it is connected to it’s originally iTunes library. Thus using iTunes as well, you can sync iPhone to multiple computers.

Steps to Sync iPhone with Multiple Computers with iTunes

Step 1. Open the new Finderwindow on Mac system that you use to sync your iPhone normally, and then from top menu bar, navigate to Go and select “Go to the folder:” option from drop down menu.  Once the text prompt opens, type “~/Music/iTunes” and then click on Go. 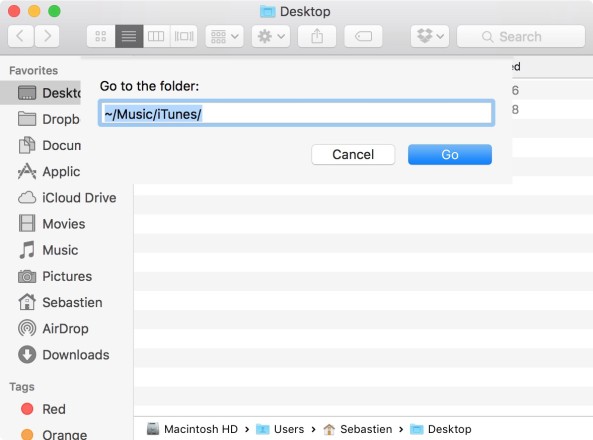 Step 2. A list of files will be shown and from this list you need to backup .itdb, .itl and .xml files along with “Previous iTunes Libraries” folder.

Note: Though, the selected files are needed for the process from the given list, but it is recommended to backup all the files so that you have a copy of these files if anything goes wrong. 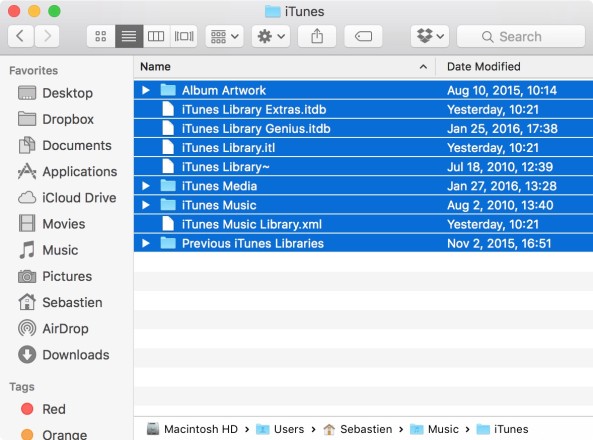 Step 3. Open the file “iTunes Music Library.xml” with TextEdit and search for the Library Persistent ID, which is a 16 character string,  and copy it. Make sure not change anything in file.

Step 4. Now open the new/secondary Mac system with which you wish to sync your iPhone. Repeat the above 1- 3 steps on the new Mac. Ensure that iTunes is closed on this system.

Step 5. Now on new/secondary Mac system delete all the files with .itl in folder “Previous iTunes Libraries”. If you do not find this folder in your system, skip this point.

Step 7. On the new/secondary Mac system, open “ iTunes Library.itl” with TextEdit and all the contents in this file needs to be deleted. Save the file.

Step 8. Now launch iTunes on new/secondary Mac system. An error - The files “iTunes Library.itl” does not appear to be a valid iTunes library file. iTunes has attempted to recover your iTunes library and renamed this file to “iTunes Library (Damaged)”.” will appear. Ignore the error and click “OK”. Connect iPhone to Mac and you can sync it with iTunes library on this system.

Once the above steps are successfully completed, you would be able to sync iPhone with two computers without erasing any existing content.

So whenever someone asks you if you can sync an iPhone to two computers , you can confidently say Yes.