How to Unlock HTC One Bootloader Easily

Do you want to unleash the true power of your smart phone? Do you wish to have complete control over your smart phone? If yes, well, here is the answer; unlock bootloader. For people who are already into the tricks of hacking and rooting smart phones, might be aware of this. But still, there are exciting new developments. Bootloader is a code existing in all operating systems which usually comes pre-locked. So, it is important, if you wish to have a custom ROM installed on the device, or if you wish to have other controls like installing applications which are incompatible, to have the device bootloader unlocked. But going through with the process of unlocking bootloader and rooting the device will not help and rather might break the warranty of the device. This definitely calls for a diligent watch on how to unlock HTC bootloader. So, it is imperative as a user to know the process of HTC bootloader unlock. This article serves you with some ways you could follow to unleash the true power of your HTC device. Here’s how you can do it.

Part 1: Why We Want to Unlock HTC Bootloader

For people with HTC device, unlocking bootloader would mean complete authority over the smart phone and you have all the power to control the HTC device by all means. Since, bootloader usually comes pre-locked, unlocking the bootloader is the initial step if you would like to have a custom ROM installed in your device. There are various advantages of HTC unlock starting from gaining rights of control to installing latest custom ROMs in the phone and installing incompatible applications. Moreover, HTC unlock bootloader could boost the device speed and battery life and also help in making complete backups of the device. You could also have controls to remove bloatware from the HTC device. So, all in all, while there could be certain side effects, if not done properly, there are various advantages of unlocking HTC bootloader. If the process is carried out properly, the Android device could be the perfect smart phone you would like to have.

Part 2: How to Unlock HTC One Bootloader

HTC One is the flagship device of HTC by all means. With a world of features and offerings, HTC One truly is a beast. While the phone is very powerful without any modifications, the true potential is yet to be seen and that can only be done if the bootloader is unlocked. So, to have a complete control over the HTC One device, it is important to unlock the bootloader and the process has to be carried out diligently. One of the initial things that needs to be ensured is that the HTC One device is fully charged or atleast 80% mark. Make sure you have the fastboot drivers for the device configured on the windows machine and the Android SDK. Here are some of the steps which can be followed to unlock bootloader.

Step 1: It is always very important to keep the phone data backed up and more so when you are planning to unlock the bootloader.

As one of the initial measures, backup the device completely as bootloader unlocking process will wipe all the data off. So, backup all the data like photos, contacts, multimedia files, documents, etc.

Step 2: Go to htcdev.com/bootloader. Ensure that you are registered with HTC and once the sign up is done, log in to HTC dev.

Now, ensure that HTC Sync Manager is installed on the PC.

Step 3: From the bootloader page, select your device using the drop down option as shown in the picture below.

After selecting the device, click on “Begin Unlock Bootloader”, and then confirm all the dialogue boxes which come your way on screen. 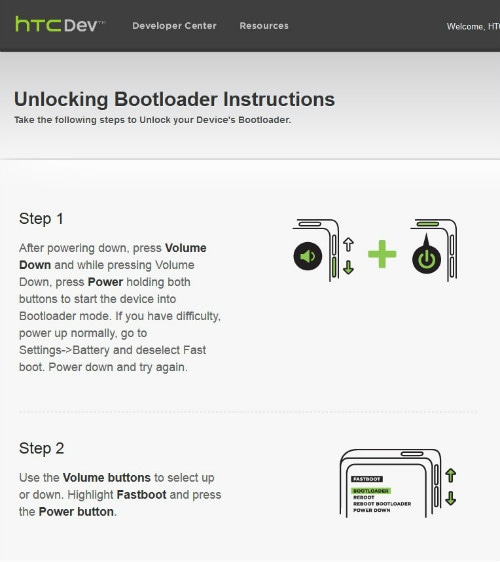 Step 5: Use the volume keys of the device to select Fastboot option along with pressing power button to confirm, after the device is in bootloader mode. Now, connect the device to the computer using a USB cable. 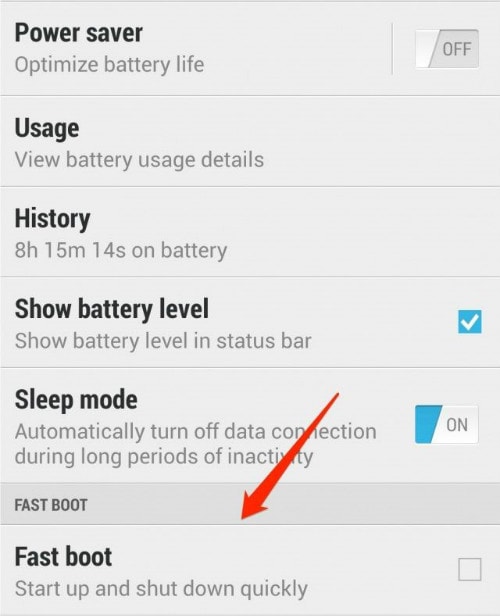 Step 6: Go to Fastboot folder on the PC and holding down the shift key, click on any empty space followed by a click on “Open command window here”.

Note: The drivers have to be installed correctly to see the device in the command prompt. So, if the device does not show up, reinstall HTC Sync Manager and try again after restarting the computer.

Step 8: On HTC Dev’s website third page, click on “proceed to Step 9”. Follow the steps listed and then click on submit. The unlock token code for the device will be mailed by HTC. Download the token and name it “Unlock_code.bin” and place the token in the fastboot folder.

Step 9: Now, in the command prompt window, type the following:

Step 10: On the HTC One, one message will appear asking if you want to unlock the device bootloader. 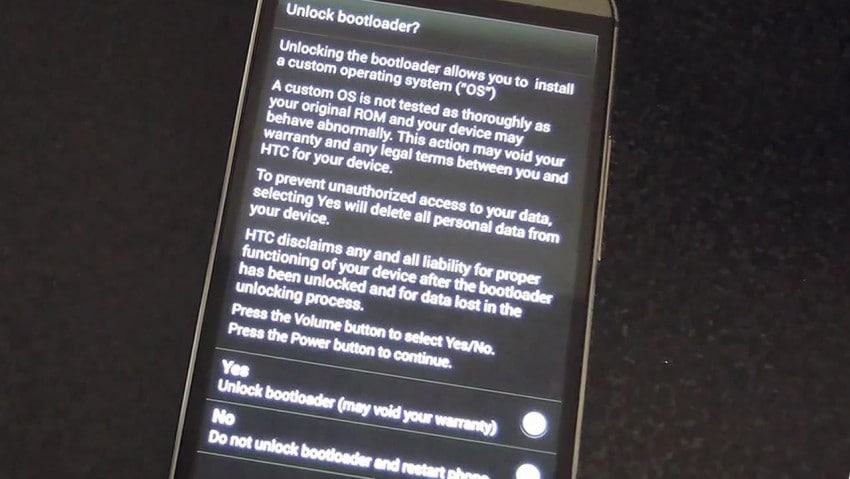 Use volume keys to select and power button to confirm. Once this is done, the HTC One device will restart once and it’s done. The device is now bootloader unlocked.

How to Restart Your Android Phone?