What probably started as an experiment on personal computers turned into what is now acknowledged as hacking. Some learn their trade by venturing into areas that may end up in security concerns. It is the flexibility they desire which has led to a whole breed of cyber hackers that hack WiFi password on Android, especially those on the specific platform.

They are essentially chosen to satisfy the ethical hacker looking for a bit of fun and adventure while learning how to use technology beyond normal user functions:

Description: This is one of the best WiFi password hackers freely available for download at Google Play. It is basically a fun app is on the part of the user can proudly display a WiFi network password to friends and family. On the android platform, users can choose a WiFi network and then opt for Wi-Fi tethering or hotspot. WiFi Password Hacker Prank is then launched. On pressing the settings button, users can choose from WPA, WPA2, WEP, etc. Android users then select Prank WiFi WLAN mode to begin to approach us of hacking the WiFi password. It takes around 15 minutes, after which the WiFi password appears on display. This is just a fun WiFi password hacker app for Android and cannot hack into WiFi systems. 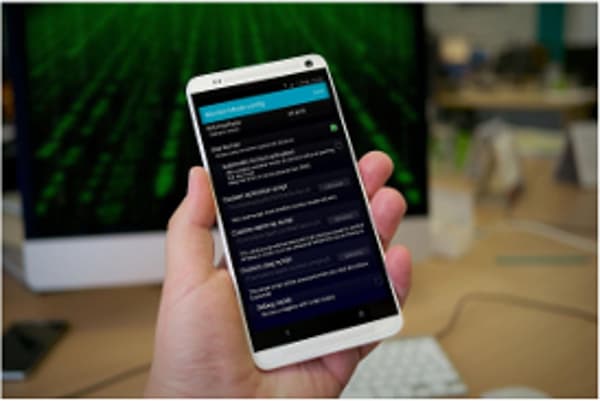 Description: The app is meant to get into the system and memorize WiFi passwords in settings. The developers did not mean to distribute it as a WiFi password cracker. It does work and can display passwords, but WiFi password hacker Android must use it with discretion and only after seeking permission from neighbors. A good way to use the app is to find passwords and voluntarily share WiFi connections with others. Any time the password is changed, it is displayed through the app. It does have limitations and is likely to malfunction on Android 6.0.1 and the marshmallows operating system. 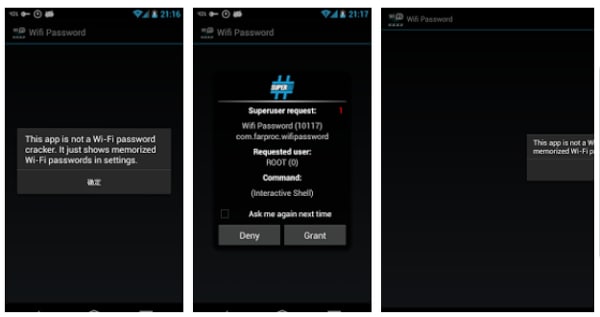 Description: The tool scans passwords and quickly generates wireless passwords. The app has the capability to scan any Wi-Fi connection around a user. An especially Wi-Fi network can be chosen. The app is then run to hack WiFi password Android. This app is again meant to initiate a prank and should not be used as a hacking tool. 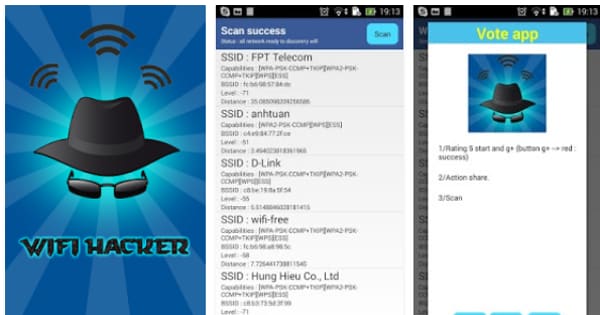 Description: In 2016, as an upgrade to the earlier released Android WiFi Temple, several new features have been added, including more than 2 million Vietnam locations. , Users can find free WiFi without the use of 2G, LTE, or 4G. Users can also use the offline feature to download 24/7, totally free of cost. The app works only within 63 Vietnam provinces and is therefore useful to the local community. It does have powerful features and is definitely a better upgrade than the earlier version. 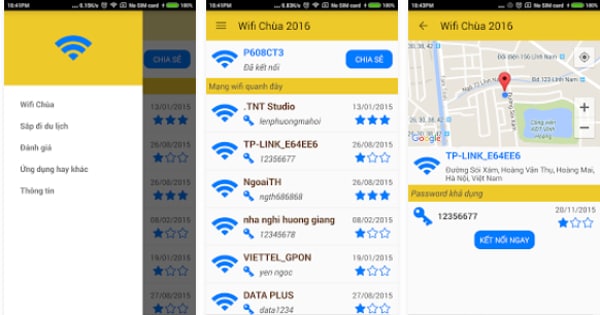 Description: The new WiFi app is another pretender that claims to break passwords in nearby networks allowing hackers to gain access. The app is to pull a gag on friends. This is how it is used. The android phone with the app installed must be near a private network, WiFi tethering, or hotspot area. The tool is launched and begins to detect wireless networks. Select the ID that is required. The tool analyses the ID and displays the breaking process, finally coming up with a fake password. Developers are clearly indicated the tool is meant for fun and does not really hack into WiFi passwords. 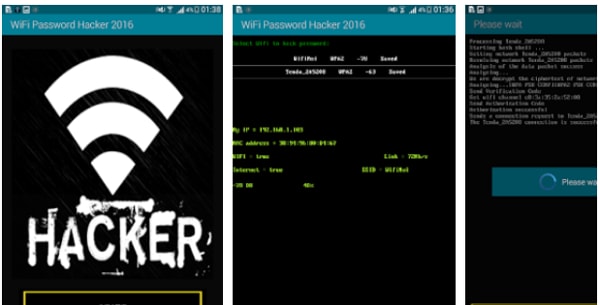 Description: the new 2016 release works on the same fundamentals and is meant to be a prank tool. The security-free tool will generate free WiFi password keys. It then pretends to hack into a set of your WiFi network, imitating the coding process normally initialized by programmers. When the app is loaded, a list of WiFi networks appears. Android users choose to select a particular network, and the WiFi password hacker app for Android works in the background to generate a free WiFi pass. The simulation is meant to be a randomly generated exercise with fake passwords. 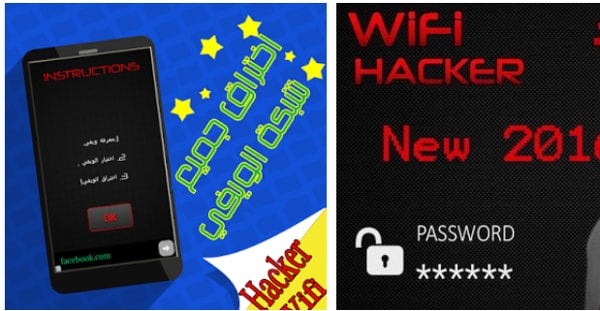 Description: It is now possible to impress friends by breaking through the difference is for WiFi networks and producing passwords that look authentic footer actually fake animations. WiFi password hacker Android is basically launched in the marketplace as hacking-joke software. The process is very professional, where users can choose between WEP, WEP2, and other encryptions before launching the app. The prank is especially effective when done in front of neighbors. It is best to keep them informed. 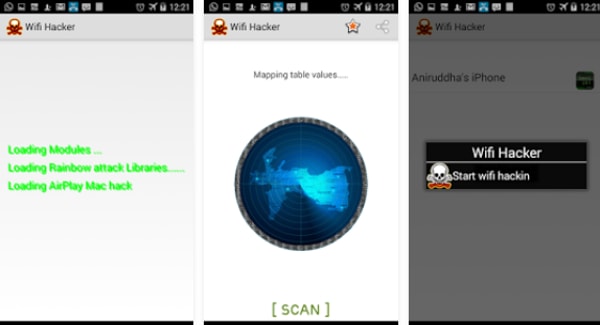 Description: the android has to be ROOT compatible with initializing the app. It memorizes the password and does not claim to hack into the system to produce crap WiFi passwords for any network. Developers suggest installing FramaRoot or KingRoot within the XDA Forum to prepare the Android mobile for ROOT before the app is installed. The developers have launched a pro version without ads that basically perform the same functions. 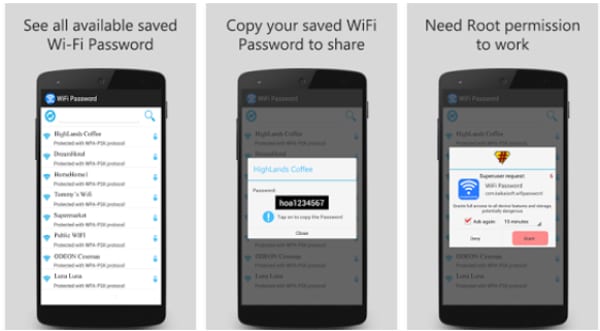 Description: The developers call it a game that simulates an anonymous operating system and produces hacking codes with funny names like Cracker, Toolbar, and Decypher added to the system. The active developer team is known to offer weekly automatic updates creating more and better simulations. 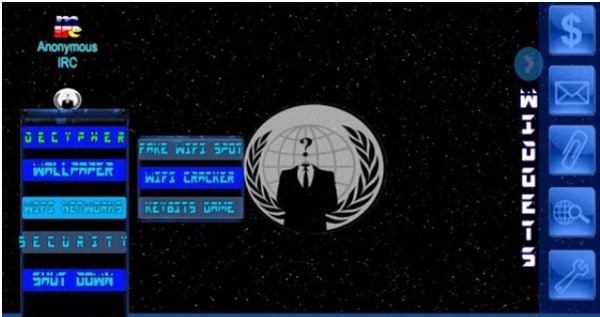 Description: Similar to other WiFi hacking devices, the simulator produces fake passwords within a highly professional manner, actually displaying WiFi network IDs and then generating passwords for any of the listed IDs. The Wifi password hacker app for Android was released in 2015 but has generated enough goodwill is a fun tool meant to pull pranks. The app has received a healthy dose of positive feedback rated among the best prank tools in 2016. 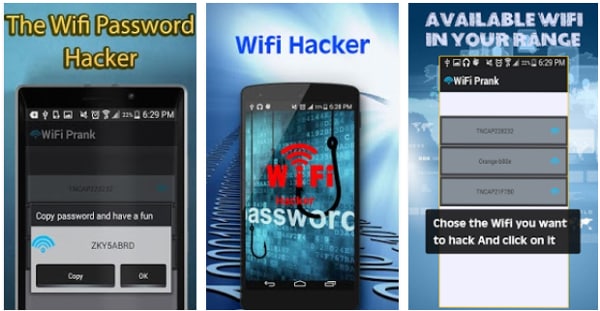 Description: The application connects with nearby networks. Users can click on any available network and run the app just like a programmer. The process is clearly visible to people following the process, and imitation passwords are actually displayed at the end of the exercise. Developers clearly indicate that the Wi-Fi password hacker Android is for entertainment purposes and does not hack into any wireless router. 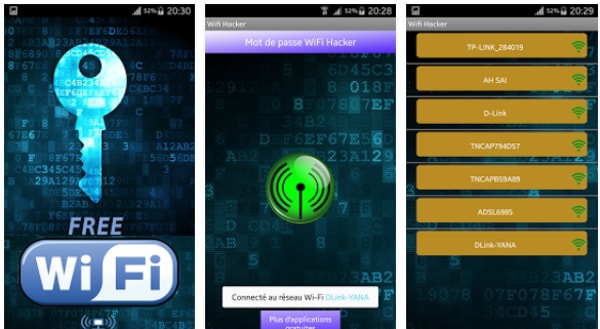 Description: Simulating the process of hacking a wireless network on android mobile, the app is called a Hacker Prank and does surprise friends by the imaging process displayed. Users pretend to launch the app close to the WiFi network and then select a specific ID. A dialogue box appears with the WiFi password. The simulated app is distributed free of cost and is a better hack WiFi password Android tool. 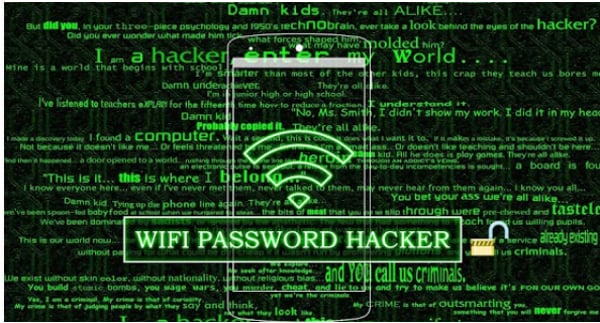 Users are clearly aware all these apps are meant to pull pranks and do not really produce a sequence of genuine Wi-Fi network passwords. All of them are listed in Google Play and rated by users based on their experience in pulling pranks.

Video on Top Apps To Hack WiFi Password On Android