Apple Pencil has made utility better while using an iOS device across any professional space. From writing to drawing on a window across your iPad, the Apple Pencil has minimized the procedure by providing such unique and exceptional features. The second generation of this feature-rich stylus brought many new features to the market. It included the Double-Tap feature, which was quite effective for many reasons. I totally understand how terrible it is when it doesn't work. This article discusses how the Double-Tap feature works and the useful fixes for the Apple Pencil double-tap not working.

Part 1: How do I Enable Apple Pencil Double-Tap Feature on iPad?

If you own an Apple Pencil and are looking forward to enabling the Apple Pencil Double-Tap feature on your iPad, you can follow the simple steps offered as follows. Or you can also try to disable it and enable it again to fix the double tap apple pencil not working. However, one needs to ensure that the Apple Pencil is paired with your device.

Step 1: As your Apple Pencil is paired with the iPad, proceed into the “Settings” of your iPad and find the option of “Apple Pencil” in the list of settings.

Step 2: As you move forward to the next screen, you will find four different options to select from. Currently, the feature is at the “Off” option. 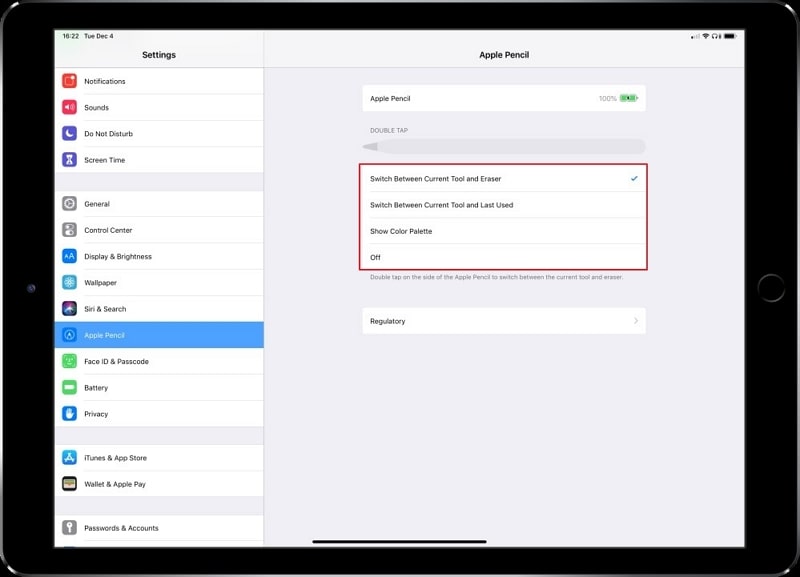 Part 2: How to Fix Apple Pencil Double Tap Not Working?

This part recognizes some of the unique fixes that can be used to analyze and correct the Apple Pencil 2 Double Tap not working. Use these fixes to know more about how you can fix the issues with the device without putting yourself in a mess.

Fix 1: Confirm That It is The Right Generation of Apple Pencil

Meanwhile, the second generation of the Apple Pencil came into the market in 2018 with smaller footprints and inductive charging, which was far more optimal than the previous model. The user needs to be aware of these facts that involve using the right generation of Apple Pencil. Along with that, you also need to be sure whether the iPad you are using is actually compatible with the Apple Pencil you wish to use.

For this, look down into the provided list to be aware of the compatibility of the devices for using the Apple Pencil: 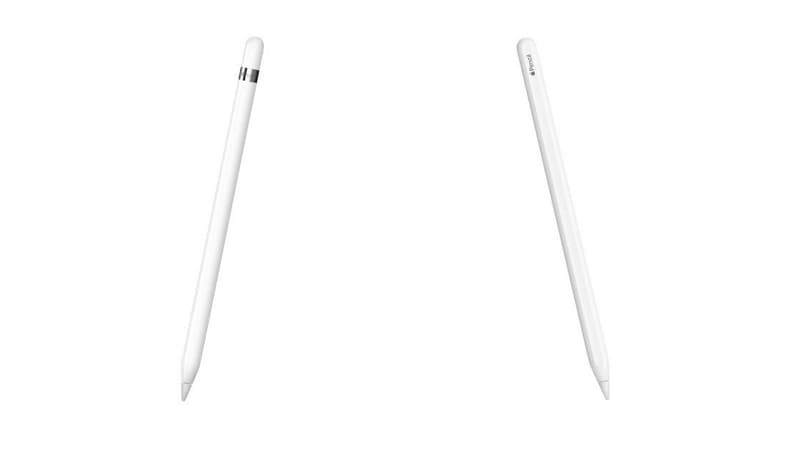 Before going into complex solutions, it would be better if you could check the battery level of the Apple Pencil. There is a clear chance that you may not have charged the Apple Pencil, leading to Double Tap Apple Pencil not working.

Therefore, the only solution is to connect it to its charger and leave it for a while before checking and using it again. To check the battery levels of your Apple Pencil, you can go through the following steps:

Step 1: Open “Settings” on your iPad and lead into the “Apple Pencil” option provided in the list.

Step 2: On the next screen, you can find the battery percentage of the Apple Pencil displayed in the first options of the window. 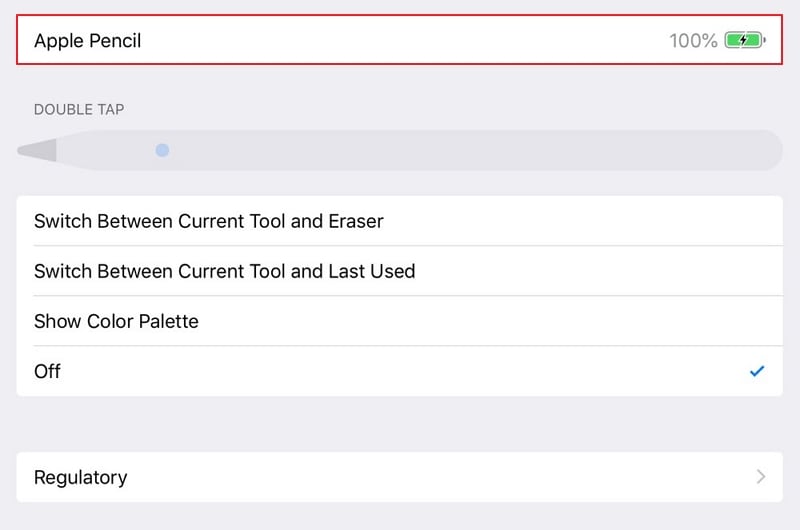 The Apple Pencil is connected to the iPad with Bluetooth. Usually, when there are issues like Apple Pencil Double Tap not working on your device, it is best if the user stabilizes the Bluetooth connection by re-establishing it. For this, go through the following solution described as follows:

Step 1: Access the Settings of your iPad and lead into the “Bluetooth” option provided in the window.

Step 2: With the device connected to your iPad, click on the “i” icon on the far right of the option to open a new set of settings for the device. 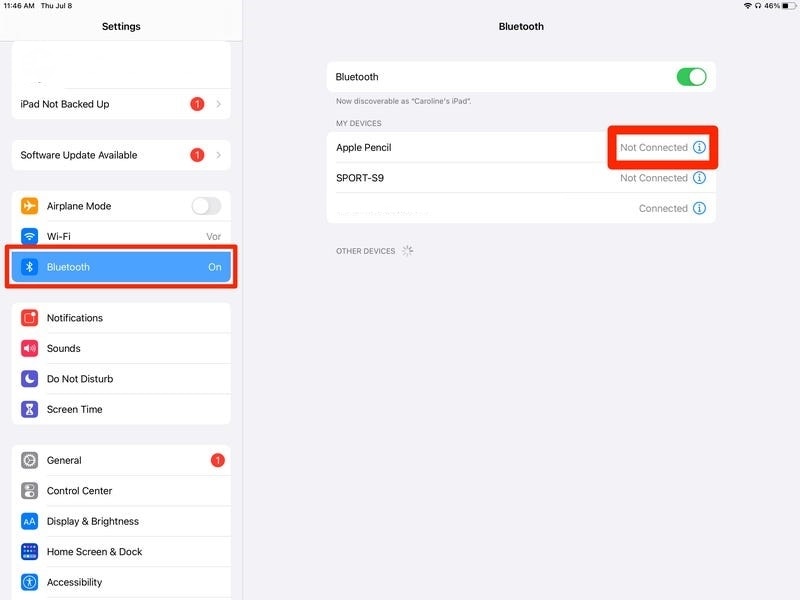 Step 3: Click on “Forget This Device” to remove it from the iPad. Repair the Apple Pencil again by latching it to the side of the iPad and tapping on the option of “Pair” that appears on the screen.

There can be a software glitch across your device that may have led to such a situation. To ensure that your Apple Pencil works perfectly fine across the iPad, you can simply restart it. Follow through the steps offered below:

Step 1: Access the "Settings" of your iPad and lead into the "General" section. Scroll down and locate the option "Shut Down" on the next screen to turn off the iPad. 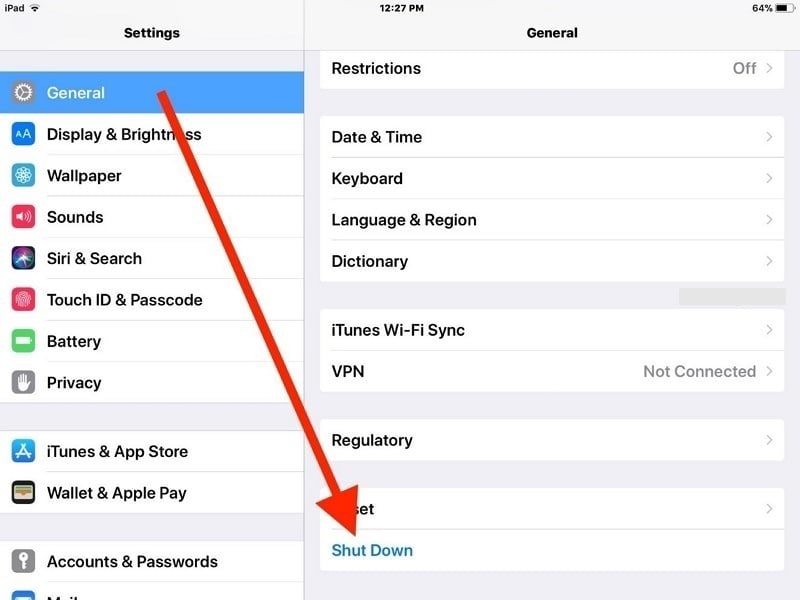 Step 2: Restart the iPad by holding the “Power” button for a while.

Usually, it proves to be fruitful in correcting issues with the Bluetooth of the iPad, which is the main source of connectivity with the Apple Pencil. To execute this process, go through the following steps:

Step 1: Open the “Settings” of your iPad and access the “General” settings from the list. On the next window, find “Transfer or Reset iPad” from the available options. 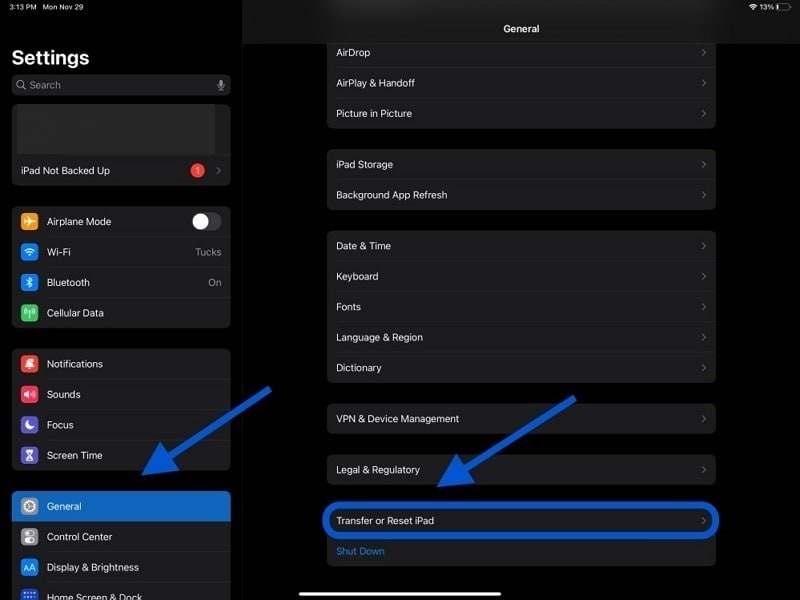 Step 2: Look through the "Reset" button and select the "Reset Network Settings" option from the protruding menu. Follow the on-screen instructions and execute the process. 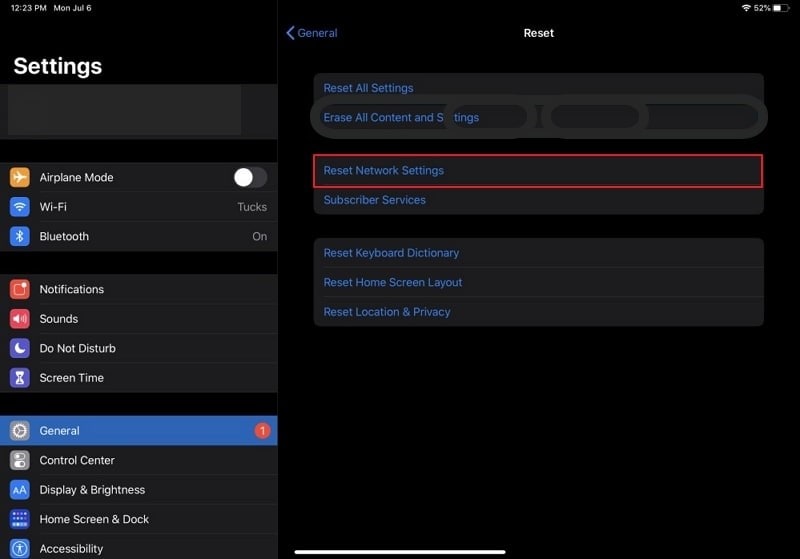 Another simple yet quick solution to the problem of the Apple Pencil Double Tap not working is by contacting Apple Support for the issue. Such issues can be due to any malfunctions that can be reimbursed or recovered by them. When simple solutions do not tend to take you out of such conditions, it is best if the user contacts Apple Support for this purpose. 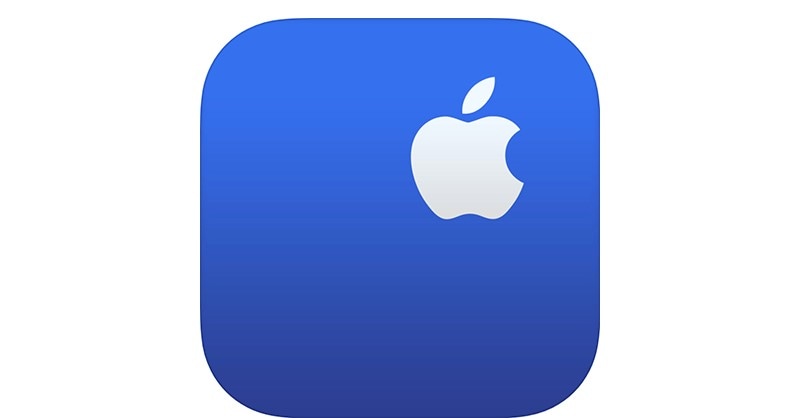 Part 3: What Can I Use Apple Pencil Double Tap For?

Now, you should have solved the issue. Do you want to learn more about the feature of the Apple Pencil Double Tap?

Apple Pencil, as a whole, has been a utility launched for allowing users to write, draw, and navigate around the iPad with the aid of the stylus. For better functionality and control over the window, the use of the Apple Pencil felt like a necessity. After the launch of its first generation, Apple realized the necessity of going to its next upgrade with more features. This included the wholesome double-tap feature that enabled new things with the Apple Pencil.

Talking about the utility of the feature, it can be utilized for multiple functions, as per the settings provided by Apple across the iPad. After the user activates the double-tap feature across the device, they can use it by double-tapping the Apple Pencil near the tip to switch back to the application that they previously used. This, however, was not the only utility offered by the product.

Along with shifting between the current tool and the tool used last, users can also set the settings of the Apple Pencil to shift between the current tool and eraser. Along with that, the Double Tap feature also offered them the ability to set the settings for showing the color palette every time the user tapped near the tip of the tool. With such a variety at hand, the Apple Pencil Double Tap feature turned out to be a tremendous success for Apple.

As per the production and development of this device, Apple believes that the Apple Pencil operates for about 12 hours on a single charge.

It is said that the hardware issues across the Apple Pencil can not be repaired usually. Although Apple provides an extra nib for a replacement for some known hardware errors, the user can take the device to the Apple Store for further recession. Software issues are repairable, and in case of a warranty, the device can be changed easily.

Apple Pencil is available with a one-year warranty for its users. This, however, does not cover any accidental damage to the device.

The first generation of Apple Pencil was able to charge through the iPhone because of the availability of a lightning port across the device. This, however, has changed for the second generation as it now comes with the option of wireless charging. With the system changed, the users can not charge their Apple Pencil 2 with the iPhone now.

Are you satisfied with the solutions presented to repair the Apple Pencil double-tap not working on your iPad? With the help of these solutions, you need to assess and proceed with the issue across your iPad to figure out all appropriate directions available for this device.