How To Use Android Screen Recorder With Audio

Having an android phone is really a matter of pride for anyone. It is because the unique functions and outlook of this phone makes anyone feel at top of the world. You may use this gadget in multiple ways to serve various purposes such as talking, internet surfing, sharing information or even recording something important in your gadget. Android screen recorder with audio is a new trend and need in gadget world.

Part 1: How To Use Android Screen Recorder With Android SDK

Recording android screen while playing games- The advancements made in the technological world may even allow users to record their android screen while playing games or doing other activities. It helps them to view the recorded content afterwards, if they wish to. For this, you need to choose a game which you wish to record. To start recording, tap on the red button that is meant for recording. As soon as the button is tapped, the recording of the game starts. You may either opt for 720p HD or 480p SD resolutions to record your game play. You may keep recording the game play as long as you wish to and stop it by again tapping on the red button. The video of the game thus recorded is saved in a folder known as 'Screencasts' on your phone. The same appears in the photo gallery of your phone. You may play this video whenever you wish to. Those who have 4.4version of the Android phones may connect their devices to the PC's via a USB cable so as to accomplish the screen recording process. You may even record your own voice with the video using a microphone.

Connecting Android device with computer- You will be required to connect your android phone with your PC using a USB cable.

Recording the Android screen with Wondershare MirrorGo app- Google play has made available a very good and easy-to-use app for Android users so that they may record their android screen. You may follow below-mentioned step-by-step instructions to accomplish the task of android screen recording. 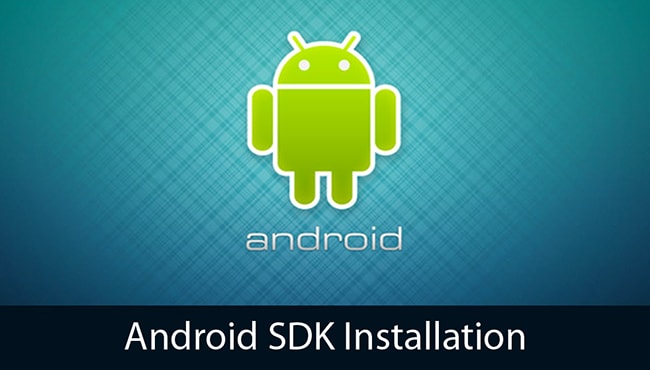 • Taking the screenshot- Once the installation and updating of SDK is finished, you have to choose the Android phone from various options given under the devices connected to your PC.  It may take some time as you have to first go to the tools folder and then opt for the ddms.dat option. A DOS window also appears during this process.

• Capturing the screenshot- After choosing the Android phone option, you have to choose Menu Device followed by Screen capture option. The screenshot is taken automatically that can be saved, rotated or copied as per one's choice.

• Recording the Android screen video- For this, you have to launch an android screen recorded such as Demo Creator on your device. You have to select the area of the screen to be recorded and keep refreshing the screenshot as frequent as possible.

This was all about recording the android screen for varying purposes and a good android screen recorder with audio plays a vital role in this world of gadgets.

Part 3: How to Record Android Screen with MirrorGo Android Recorder

Step 1: Run MirroGo on your computer and then connect your Android phone on it.

Step 3: Check the saved recorded video with the file path after your recoreded is finished.

Android recorder with audio may prove to be worthwhile as you may use it for information, professional or some other personal purposes. There are various ways such as rooting, non-rooting; computer and recording apps that help you accomplish this task well. It all depends upon convenience of use and the model of android phone you have.

To conclude, android screen recorder with audio may be accomplished in different ways. The most important point is the quality of final recording for viewing or listening purposes. The recorded content may be used for various fruitful purposes.