Part 1: What is an Android Screen Recorder can do?

Screen recording is a method to save the activity that is being carried out on the screen in present time. It helps to record videos, games, and audio from any anywhere you like, just a single click that's all you need. For the past years, recording, capturing and sharing of digital media has made a huge impact on the audience that everyone is indulged in trying new apps for getting the best of the results especially in an Android system.

2.What Android Record Recorder can do?

The Android screen recorder is a specific tool or app is required which enables it to work - A Screen Recorder App. This is the key for recording and, capturing of any process that has been performed on the screen.

The Android screen recorder works like any other media device, but with some extra and flexible features which makes it an attractive app to work with. This app helps to record video with audio on your screens, plus, enables to record microphone sound synchronously or respectively. It not only captures video from the screen, but can also convert it to any format immediately. This app allows to record screen in a quick way. In addition to it, all the settings could be pre-set to meet individual needs.

3. How this app is useful in commercial use or office use?

Screen recorder apps can benefit on a bigger ground not only people working in offices but also for those sitting in their houses and making creative stuffs or running a social site.

From it, the user can:

And what's more is the user can also create a picture to picture video just by clicking the camera icon while recording of the video. Impressed already? Well, there is one more feature that makes the Android screen recorder app a real success and that is, the user can create a schedule task with screen recorder. As long as you pre-set the task, the software will automatically finish the task without any manual monitoring.

With an elegant interface, Rec. is an Android screen recording app which requires a rooted device to operate. Once people start the app, all they require to do is set the duration and bit rate as per  their preference before they tap on 'Record' at the end to start.

Also, people can name their recording and even enable audio recording before starting as well. Start counting to 10 in this app, once people tap on Record so that people will have sufficient time to get ready before their phone starts recording. 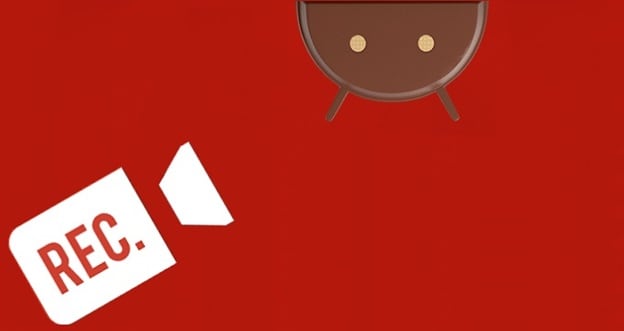 People can easily stop the recording by turning their device screen off, simply tapping on 'Stop' in the app or using the notification bar. The Version which is free limits people recording to just 5 minutes and the audio recording just lasts for 30 seconds. People can upgrade every time this app to the paid version inside the application if they rather not limit themselves.

MirrorGo Android Recorder is a complete package of fun features with latest modifications. This is a screen recording app plus a medium by which the user can connect Android smartphones with the computers. It gives a wide range of functions and quality, which any user may desire of, and the major advantage is that the software is very well protected from all the threats and danger of the internet.

Using Wondershare MirrorGo software enables a user to understand the variety of new things that can be done by using computer and Android smartphones. You can enjoy:

This helps to keep thumb strains away, while using Android smartphones the user can get thumb strains and thumb problems as the thumbs are the only part of the hand which comes in practice the most.

Android phones brings standard and class to the user, so select the perfect app to make your smartphone worth to use.

Mobizen is an Android screen recording app which requires a no rooted device to function. It is a choice that lets people do all types of stuff as well as sending SMS from their desktop, stream video directly to their PC screen, and transfer files to their computer. People can also make a record to their screen and before Lollipop without root this is one of the very few techniques people can record by an Android application. Unluckily, the screen recording isn't immense and there will probably be skips, jumps and drops frame rate. Mobizen is not perfect, however it is free and it's there. 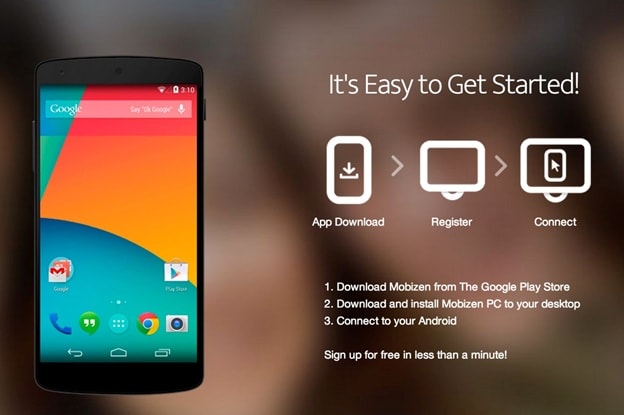 Telecine recording app also requires a no rooted device to operate. On a Google Play rating it is the uppermost rated app on the list along with a 4.5 out of 5 stars. It places an overlap on device so people know they are recording and claims that it doesn't block their notification with several effects you'd typically view by screen recording apps. It has no watermarks and also free of cost. Developers can submit patches and fixes all on their own or from their own app based on this one because it is also open source. 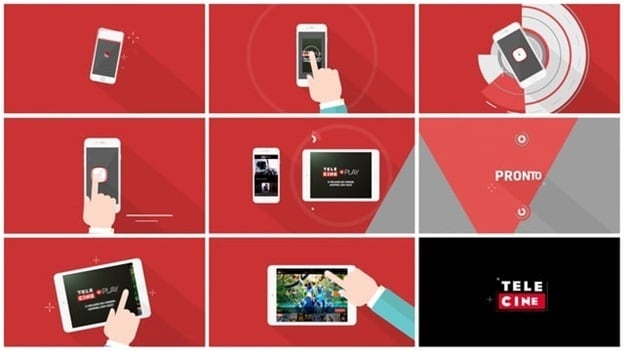 When ilos comes to screen recording on Lollipop it is a totally free option. ilos is a very simple app. It doesn't have many whistles and bells, but it should work on all devices and it does record audio running Android 5.0 and advanced. ilos also tout no watermarks, no time limits, and no advertising. On the official website, the company also has an attracting web recorder that can enable to record stuff from computer if people want that functionality.

Above each application have its individual specification which is dissimilar from the others. All the above screen recording apps can be downloaded free of cost and people use them for recording their android screen. 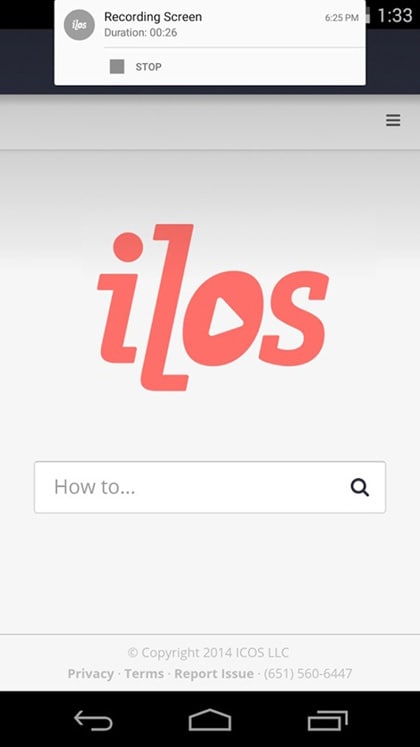 2. Which Android Screen Recorder app to be trusted?

However, we are all aware of the danger we can get into while using the internet and downloading apps and software's from it. Viruses, Spywares and other threats we face by installing new apps. Having knowledge of these entire, how can a user trust any App or software, well if you ask me I would recommend you Wondershare MirrorGo software

Click Here>> to get more deatils about Wondershare MirrorGo.

Part 3 : How to Record Android Screen with MirrorGo Android Recorder

There is only some simple steps to record android screen.Please follow steps as below:

Step 2:Connect your mobile phone to MirrorGo,the interface will pop up on the PC like below.

Step 4: Click the button to stop recording.And you can see the video saved address.