iPad mini Jelly Scroll Issue: All You Want/Need To Know

The Apple iPad mini 6 was launched in September 2021 and in typical fashion, Apple highlighted the best of the device to the public viewing the launch event virtually. In typical Apple fashion again, the Cupertino giant chose to omit a key ‘feature’ of the display in the new iPad mini 6, one that users who got their hands on the device discovered much to their chagrin - behold the iPad mini 6 jelly scrolling issue. 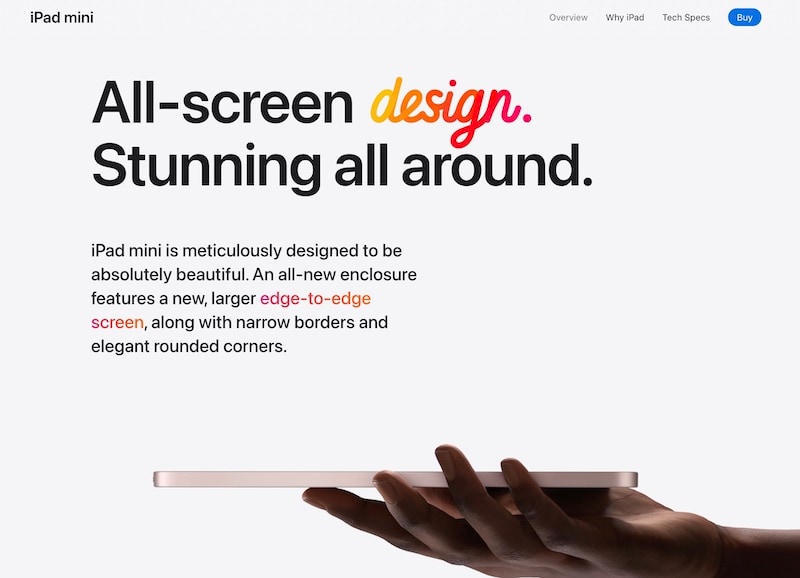 Part I: All You Need To Know About iPad mini Jelly Scroll

Say what? Jelly scrolling issue? Yes, indeed! When you thought Apple couldn’t surprise you anymore, they launched a device that has users around the world fuming. Here is all you need to know about the iPad mini jelly scroll issue, broken in parts for easy consumption. No, that was not mocking you, iPad mini 6 users! We swear! 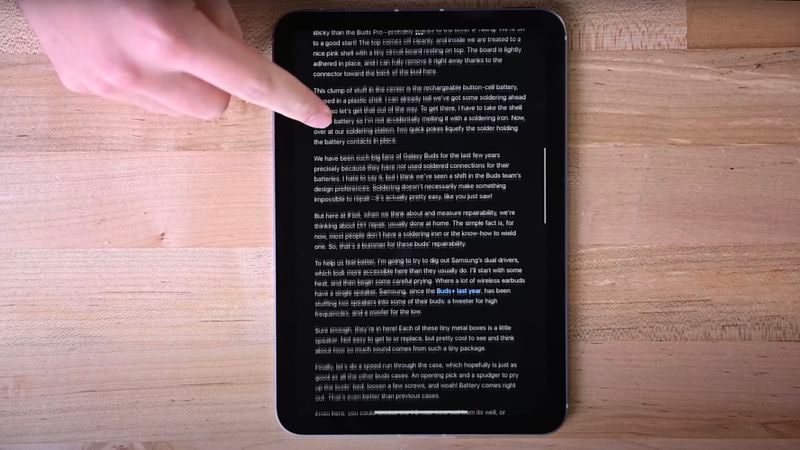 I.I: What Is the iPad mini Jelly Scroll Issue?

When scrolling through content on the new iPad mini 6 screen in portrait orientation, text or images on one side of the screen seem to lag behind the other side. Meaning, the entire screen does not seemingly refresh together, causing what looks like jelly scrolling on the screen. This is caused due to the way the screen on the iPad mini 6 refreshes.

I.II: When Does The Issue Manifest?

Just looking at text and images or watching videos on the screen will not pose a problem. The issue manifests specifically when scrolling large amounts of text, because the text makes it easy to decipher if something is off somewhere, in this case, the screen refresh.

I.III: Will Everybody Be Able To Notice The Issue?

It is safe to say not everyone will notice this issue. Like with everything, there are some people who will be happily clueless about it, they would not notice anything at all and they wouldn't find problems with their new iPad mini 6 whereas those who are more sensitive to such things would have noticed this phenomenon the moment they first scrolled text on the new iPad mini 6.

Part II: Is Jelly Scrolling Issue Normal? Could It Be A Defect?

The answer to whether this jelly scrolling issue on iPad mini 6 is normal and if it could be a defect depends on who you ask.

If you ask consumers, they are more than annoyed. They never had this issue ever before on such a scale. Heck, they didn’t face this issue on the 5th gen iPad mini. For consumers, this is a serious user experience issue, one that they are having to live with each moment they have the iPad mini 6 in their hands, and a huge step back from the previous-generation iPad mini. Consumers don’t care about the technicalities, for them, it is a simple thing - they are facing an issue they weren’t facing ever before, period.

Apple’s position on this is that it is expected behavior and there is nothing wrong (big surprise!). Remember Steve Jobs and his famous quote, “You’re holding it wrong!” that became an immortal meme? Apple has not gone so far as to say that you’re viewing it wrong but has said something close. Apple opines that this is normal for all LCD screens, and, in technical jargon terms, they are not wrong. That doesn’t discount the fact that users are seeing something they weren’t previously, though!

So what exactly is going on? What do other experts have to say about it?

iFixit is a company famous for hardware teardowns, revealing details that companies do not go into in their marketing and whatnot. Sure enough, they did a teardown of the iPad mini 6, and have this to say about the iPad mini jelly scrolling issue:

iFixit theorizes that the 6th generation iPad mini’s controller board (that drives the display) is located vertically on the left-hand side and that could be why users are seeing this issue. They say that the iPad Air has its controller board at the top and does not exhibit the jelly scrolling issue in portrait orientation.

iFixit goes on to explain it in detail, saying that when users scroll parallel to the direction in which the display is refreshing, the entire display still doesn’t get refreshed in one go but the effect is less likely to be noticeable (or noticed) since text splitting does not happen in this case.

The iPad mini 6 is refreshing its display horizontally instead of vertically as with all other devices, so the effect (that exists on all other screens as well) is visible on the iPad mini 6 when you hold it in portrait orientation and scroll.

iFixit also speculates another reason for this effect. They say the iPad mini jelly scrolling issue could also be due to the use of a cheaper panel in the mini 6, causing a more pronounced refresh scan.

As such, this is not a ‘defect’ in the classic sense. The problem is likely the placement of the controller board, as the iFixit teardown suggests. The effect of that seems to manifest as a defect.

Users are not sitting silent, though. They paid top dollar for this newest iPad mini, and they are taking the legal route to resolve this and get Apple to fix this. Christopher Bryan, a resident of Colorado, U.S.A. has decided to file a class-action lawsuit against the Cupertino company.

There is no fix for the iPad mini jelly scroll issue, but there does exist a hack. If you read the above carefully, you would have realized that the issue is noticeable when text is scrolled in portrait orientation as the controller is placed on the left-hand side of the device. Stands to reason that if we were to use the device in landscape mode, the display should look and work as expected, right? You bet!

So, in the meantime while Apple is forced to fix this for users, if you are in possession of a new iPad mini 6 and struggling with a jelly scroll issue, we recommend using the device in landscape orientation when there is text and scrolling involved if the issue bothers you.

Ars Technica, a technology publication, reports Apple has told them that, “Because these screens do refresh line by line, there is a tiny delay between when the lines at the top of the screen and lines at the bottom are refreshed. This can cause uneven scrolling issues like the ones observed on the iPad.”

This means that Apple is aware of the issue users are facing but considers this to be a non-issue on grounds of technicality. They are, in the user's opinion, refusing to admit that their design choices might have been behind this issue as it does not surface on any other device Apple sells. This also means that users will not be able to replace their devices under warranty, which is a moot point anyway since this is likely a design choice that led to the issue and not a hardware defect plaguing some units during manufacturing. So, there is no fix from Apple today and none coming in the future.

iPad mini jelly scroll issue is real. There is no denying that customers around the world are frustrated about having paid serious money for a device that does not even perform the basic task of text scrolling properly, as it seems, all because of design choices Apple made, speculated by iFixit teardown. Apple is right in a philosophical sense about the issue being normal. But, that is the end of it. In the real world, the implementation has likely gone horribly wrong, as data suggests the placement of the display controller board is likely why the iPad mini jelly scroll issue does not occur in landscape mode but only in portrait. Apple is adamant but a class action lawsuit is in motion. Let us wait and watch what happens. Meanwhile, if the issue bothers you, too, kindly use the device in landscape orientation - it works perfectly that way.