2 Ways to Transfer Photos from Camera to iPhone Quickly

No matter how good we believe the camera of an iPhone is, it still is in no way a match to the picture quality of camera whose primary function is to take pictures professionally. As compared to that of a smartphone which is meant to be a multi-functional device. A DSLR camera, for example, can easily take shots in a professional mode giving its user much more control over the scene and manner in which pictures are taken as opposed to that of an iPhone that is shot mostly in Auto mode. However, there are some situations when you have taken shots on your professional camera and you wish to transfer photos from camera to iPad or iPhone probably for quick editing or to upload them to your social media accounts. What are you supposed to do? Well, there are quite a several ways to transfer photos from camera to iPhone wirelessly or by connecting the camera and iPhone.

Below are a few ways to transfer photos from camera to iPad or iPhone.

The use of adapters is one of the best means to perform file transfer from different devices of varying port diameters or completely different ports. Adapters convert the output of one device to the input of another, they adapt to different ports for diverse devices, hence their name. Apple has provided quite many different adapters for their devices to make it easy for users to easily transfer photos from a camera to an iPhone/iPad.

This particular type of adapter might not be a direct camera to the iPhone connection option but it is equally an easy method. This adapter has one end as that of a normal USB or iPhone charger that goes into the charging port of the iPhone while the other end has a card reader that accommodates an SD card. This adapter can be easily gotten from any Apple store or purchased online from popular gadget online stores for about $30. This method can be used to transfer photos from camera to iPhone in these few steps

1. First, get your lightning to SD card camera reader, then ensure to safely eject the SD card from your camera before removing it from the camera.

3. Once your iPhone detects the inserted SD card, it should launch the iPhone Photos App with a prompt to import the photos available, you may also decide to import all. 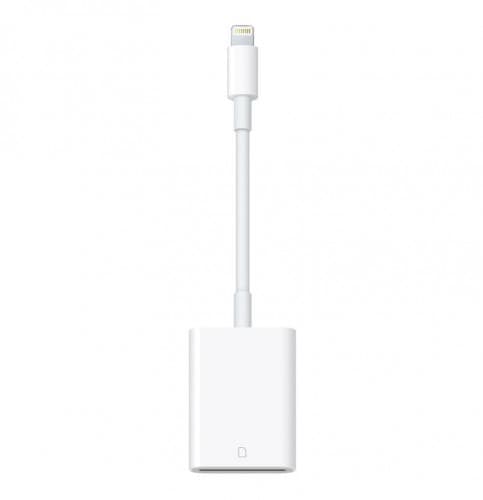 This particular adapter is way more straightforward to use, unlike the aforementioned SD card reader adapter. Although it does require an additional USB cable to function and perform the process to transfer photos from camera to iPhone, I guess that the downside to making use of this method, as direct as it is, it has its perk of having to keep an extra USB cable that would be plugged into the camera. This adapter can also be gotten for about the same price as the SD card reader adapter but it does not usually come with a USB cable. Steps to the making of this adapter are pretty basic just like its sibling SD card Reader adapter.

1. Simply plug in the adapter end meant for the iPhone charging port on your iPad or iPhone.

2. Now plug in a USB cable to the camera from which pictures are to be transferred.

3. Connect the USB cable from the camera to the USB port of the Adapter.

4. Once your iPad or iPhone reads the camera, the Apple Photos app will be launched.

5. You will see options to either import all or to select desired photos and import them.

6. And just like that, you have done a successful transfer of photos from camera to iPhone in no time. Piece of cake ain’t it? 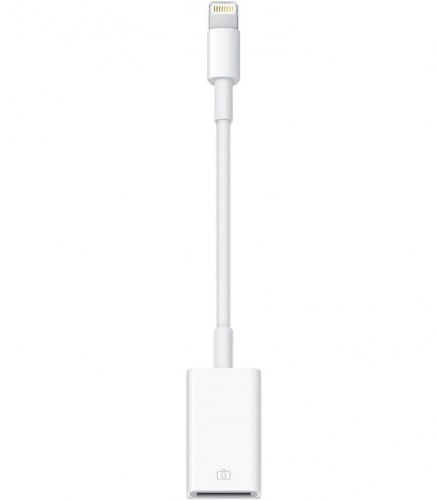 Alternatively, you can purchase an iPad Camera Connection Kit provided by Apple. This kit contains both adapters that are needed to transfer photos from a camera to iPad in no time

It is no doubt that we are in an age where inventors are trying as much as possible to reduce the use of wires to promote the use of wireless means to get this done in this century. I guess it started with the use of infrared transfers which still required some sort of contact, then can Bluetooth, a completely wireless transfer means for media files and others, and now we can make use of Wi-Fi adapters to perform faster transfers or even make use of cloud transfers; the awesomeness of inventions and technology.

To make wireless transfers an easy task, some companies have invented wireless adapters that can be used to transfer photos to iPad wirelessly and in no time as well. Nikon, for example, has a WU-1A wireless adapter, cannon also has a W-E1 wireless adapter, just to mention a few. These wireless adapters might cost a little more than the conventionally wired adapters ranging from $35-$50 or more, but it sure is worth it if you are a fan of the wireless policy community. These adapters are also easy to use

1. First of all, download and install from Apple app store the Wireless Utility App for the producer of the wireless adapter you are making use of, in this case, Nikon

2. Plug the adapter into your Camera and it becomes Wi-Fi hotspot

3. Switch on the Wi-Fi of your iPhone and connect to the created hotspot

4. Then open the app and you can copy the photos on the camera from the mobile app. 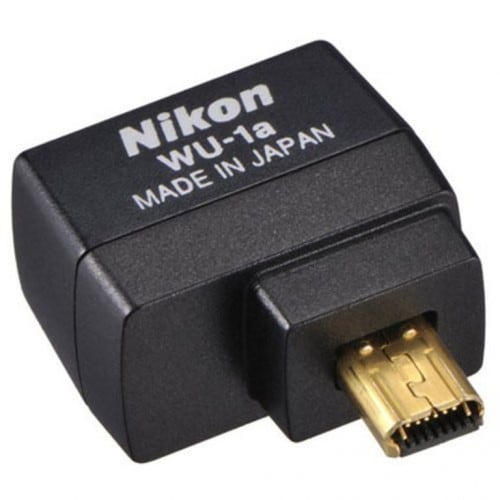 Another means that can be used to transfer photos from camera to iPad wirelessly is if you own one of the cameras that come with Wi-Fi adapters integrated inside of them such as Nikon D750, Canon EOS 750D, Panasonic TZ80 and so on. You can connect these devices to the internet and then transfer your pictures to a cloud account such as Dropbox, Google Drive, and then you can access them from your iPhone at any time.

For whatever reason, you wish to transfer photos from camera to iPad or iPhone, ensure that you choose a method that best suits you, and gives you a hassle-free transfer. You can also decide to transfer all photos from your camera to your personal computer for much easier accessibility. So enjoy clicking and editing your loving memories as you please.