Samsung Galaxy Frozen on Startup? Here Is the Solution

At one of those unfortunate times, you may find that your phone has frozen during a restart or a reboot and has refused to go past the startup logo. This, to most smartphone users, could be a cause for alarm. However, unknown to most people, this problem is usually caused by installing malicious third party apps that consequently install unofficial ROM in the phone.

Samsung phones in particular, have this freezing problem once they start wearing out. Nonetheless, this shouldn't worry any Samsung user, now that the issue can be corrected through a simple hard reset or by restoring the original firmware once more. The only drawback with smart phones freezing is the probability of losing important data.

So, how do you rescue your important data from your frozen Samsung Galaxy phone after hard resetting it?

Part 1: Rescue the Data on your Frozen Samsung Galaxy

Data recovering on smart phones, whether on Android, iOS, or Windows operating systems is an affair that typically requires the use of an external application to help retrieve the lost data. One of the best of such renowned data recovery tools for Android smart phones like Samsung Galaxy, is Dr.Fone - Data Recovery (Android).

Using Dr.Fone - Data Recovery (Android) is not a taxing affair, as a matter of fact, it's just about following some simple steps as illustrated below.

1. To begin with, download and install Dr.Fone on your PC. Launch Dr.Fone and select "Data Recovery".

2. Secondly, mount your Samsung Galaxy Android phone onto your computer using a USB cable. Make sure your phone is detected by the computer by using a sturdy USB cable. Then choose Recover Android Data. 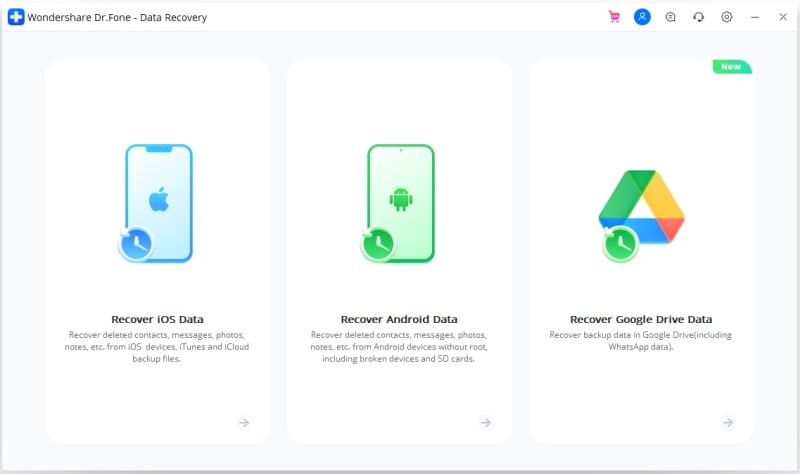 3. Then choose "Recover from broken phone". Select what kind of data you would like to extract from the frozen Samsung phone and click Next to start scanning. 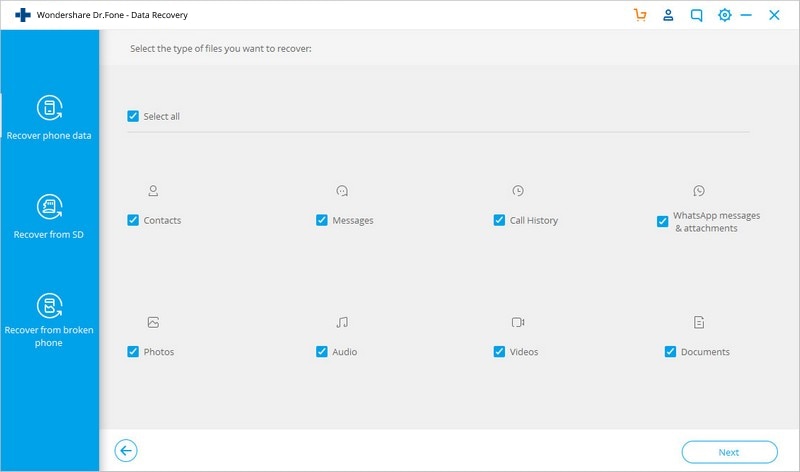 4. Choose the fault type of your phone, which is "Touch screen not responsive or cannot access the phone" in this case. 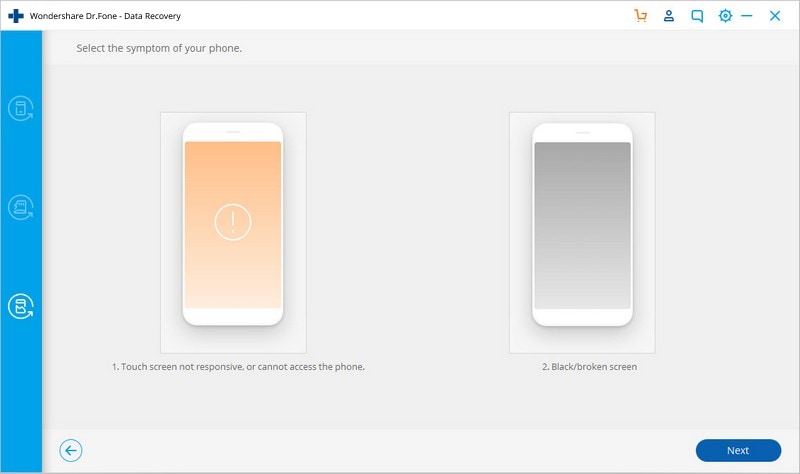 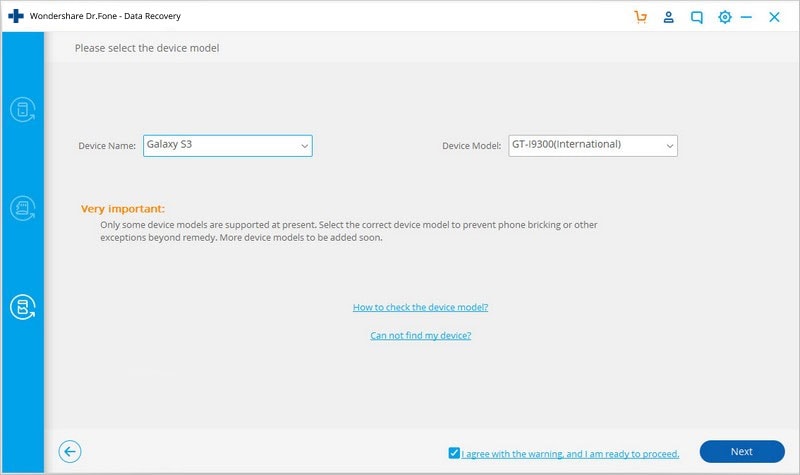 Once you have confirmed the phone model, follow the instruction on Dr.Fone to boot it in Download Mode. 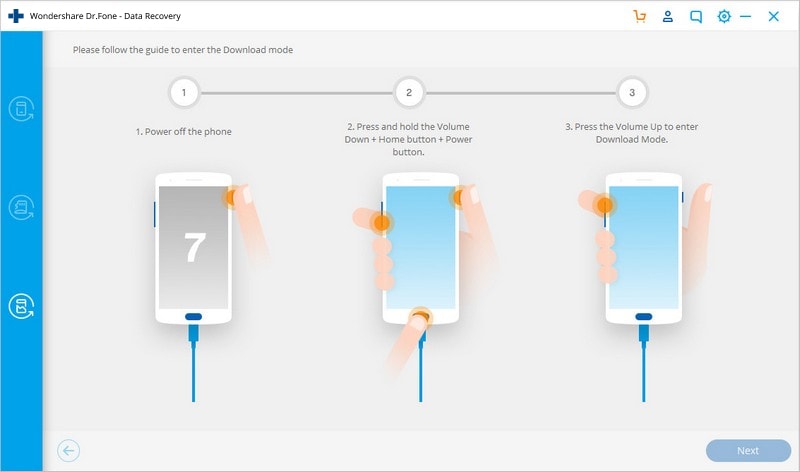 After this, Dr.Fone will be able to scan your phone and help you extract the data from the frozen Samsung phone. 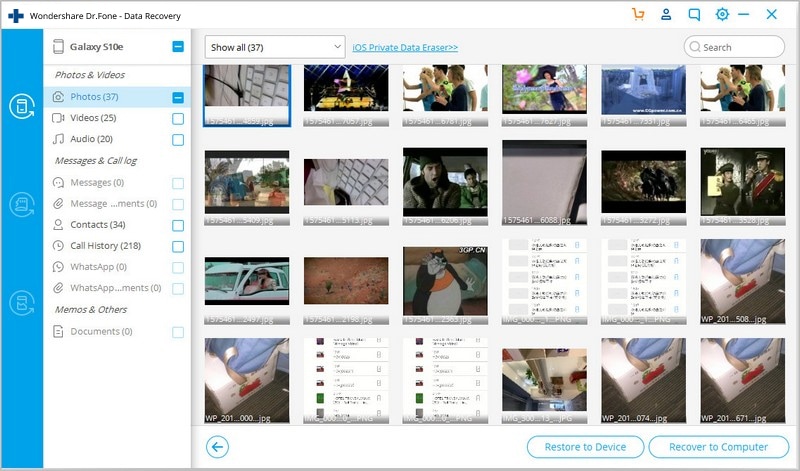 Part 2: How to fix your Samsung Galaxy Frozen on Startup

Normally, most Android phones, especially Samsung Galaxy phones, freeze on startup because users might have unknowingly installed harmful third party apps on their phones. Usually, these third party apps alter the normal functioning of the original firmware in the phone, hence the freezing on startup.

To solve this, users simply have to hard reset their Samsung smart phones by doing as follows;

1. First, remove the battery on your Samsung Galaxy phone and wait for some minutes before reinserting the battery back to its case. Normally 2-3 minutes. 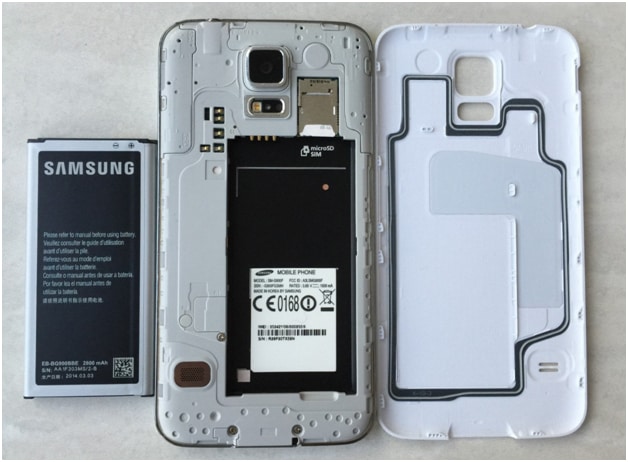 2. After reinserting the battery, press and hold the Power, Home, and Volume Up buttons at the same time. 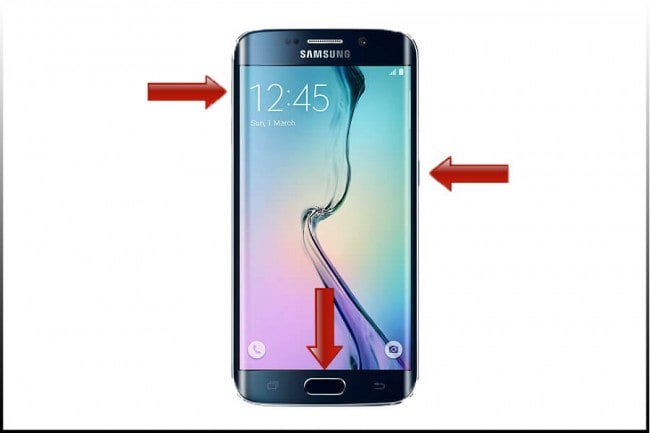 3. The phone powers up once all the three buttons are pressed simultaneously, and once the Samsung Logo appears release the buttons such that the Samsung system recovery menu appears on your screen. 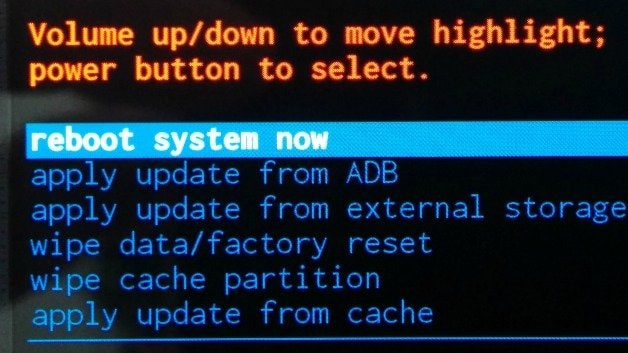 4. Scroll the menu using the volume buttons and select the option marked factory reset / wipe data. Click yes to erase all the user data including all the third party apps installed in the phone. 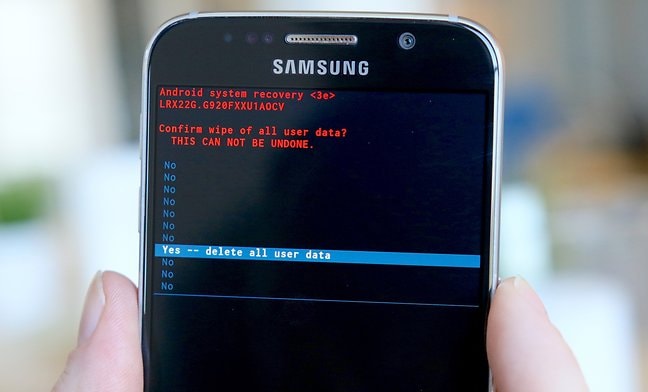 5. Next, select reboot system now so that the phone can wake on normal mode. Your Samsung Galaxy device is now ready for use.

It is to be noted that hard resetting only works for Android devices whose freezing issue is as a result of installation of third party apps. If hard resetting doesn't help you correct the startup freeze menace on your Samsung Galaxy, then you have to restore the original firmware manually.

It's advisable that you seek the help of a professional technician to restore the firmware for you in that case.

As mentioned earlier, freezing of Samsung Galaxy smartphones at start up is usually an issue related to the kind of apps you install in your Galaxy phone. Here are a few tips that will help you prevent a future freeze on your Samsung smart phone.

1. Avoid at all cost installing apps from unknown sources. As a matter of fact, don't install third party apps if you have an option to download an authentic app on Play Store. Third party apps not only predispose your phone to freezing, but also come with nauseating ads at times.

2. Disable all processes that reduce performance on your Galaxy smart phone. This includes animations, and numerous apps that constantly load on your phone. Remember, 'Over loaded' phones take long to startup.

3. Occasionally clean up your phone's RAM and clean caches. This frees up some memory and speeds up the startup. Luckily for Galaxy and all Android phones, you can download apps to do this task for you.

4. If your Galaxy phone has a 'disable bloatware' utility, use it to disable apps that you are not using without having to uninstall them. This means that the apps are dormant and won't use the system resources hence a faster start up and increased performance. Samsung Galaxy S6 has this utility.

5. Another helpful utility especially for Samsung Galaxy phones with non-removable batteries like the S6 is the 'force restart toggle', forcing a restart when you detect signs of freezing on your Galaxy phone could help restore it. This can simply be done by pressing the power and volume buttons and holding them for about 8 seconds and your galaxy phone will restart automatically.

6. Optimize your Galaxy phone using optimizer apps for Android to speed up performance. For example you can use 'Power Clean' from Google Play Store.

7. Avoid using your Galaxy phone when it's over heated or when it's charging.

8. Use external memory to store apps and other media files. Avoid filling up the phones internal memory.