“My Galaxy S7 won't turn!” Yes, we know and understand how annoying it can be when your phone remains frozen at the black screen almost like a dead log. Dealing with an unresponsive phone is not easy, especially when it does not even turn on no matter how much you try.

If it makes you feel any better, let us inform you that you are not the only one whose Samsung Galaxy S7 won't turn on. There are many like you facing a similar glitch. Well, it is a common problem and is usually caused due to a temporary software crash or sometimes Apps may also crash and prevent the phone from turning on. Additionally, background operations initiated by the S7 software, also if S7’s battery is completely drained, the phone will not boot up. You can even check the power button and it might likely have been damaged.

There can be various other reasons also due to which Samsung Galaxy S7 won't turn on, however, our focus today would be to fix the issue. Hence in the subsequent sections, we will look at the possible solutions to fix this issue.

Part 1: One Click to Fix My Galaxy S7 Won’t Turn On

One of the most common reasons your Galaxy S7 won’t turn on is because there’s a corruption with the firmware of your operating system. Perhaps there’s a glitch in the data or missing information that’s preventing startup. Fortunately, there’s a simple software solution, known as Dr.Fone - System Repair, that can help.

If this sounds like the solution to help you when my Galaxy S7 won’t turn on, here’s a step by step guide on how to use it.

Note: Make sure you’ve backed up your Samsung S7 device before you proceed since this process can result in you losing your data.

Step #1 Head over to the Dr.Fone website and download the data management tool for either your Windows. Open the software once installed and select the System Repair option from the main menu.

You’ll then need to input the device information to confirm you’re repairing the right firmware for your device.

Step #3 Follow the onscreen instructions on how to put your phone in Download mode which will make it compatible with the incoming repairs. There are methods for devices both with and without home buttons.

Step #4 The software will then begin downloading the firmware. After downloading, it will install itself and repair your device, notifying when you’ll be able to use it again!

Force restarting your phone to fix my Samsung Galaxy S7 won't turn on the issue that may seem like a home remedy and too simple, but, it is said to have solved the problem for many users.

Press the power button and volume down button on your S7 simultaneously and hold them for 10-15 seconds. 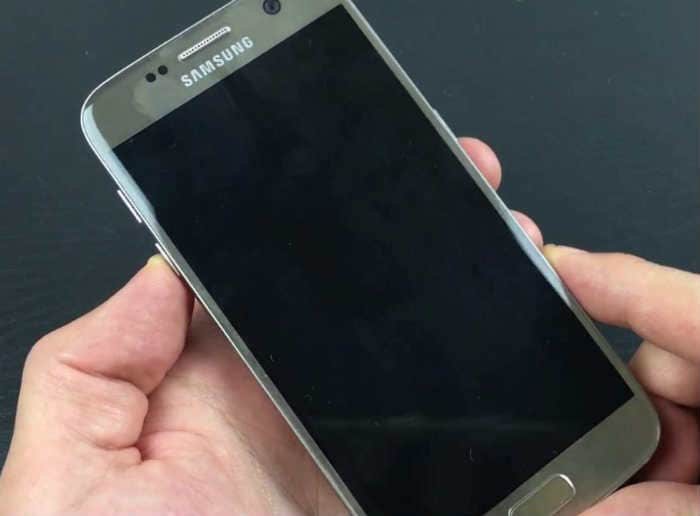 Now, wait for your phone to start again and boot to its Home Screen.

This method is helpful because it refreshes your Samsung Galaxy S7, closes all background operations, and fixes whatever might be causing the error. It is similar to removing the S7 battery and reinserting it.

If this method does not help, move on to the next step.

Sometimes you don't even realize and your Samsung Galaxy S7 battery drains out completely because of heavy Apps, widgets, background operations, App or software updates.

Well, follow the steps given below to charge your phone’s battery and resolve this issue:

First, connect your Samsung Galaxy S7 to the original charger (which came with your S7) and preferably use a wall socket to charge its battery. Now let the phone charge for at least 20 minutes and then try to switch it on again. 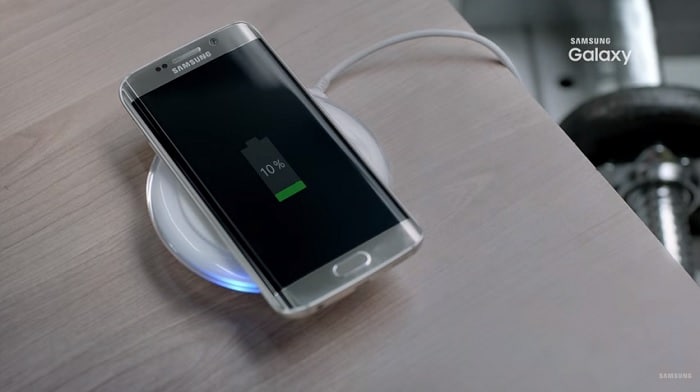 If S7 screen lights up, shows symptoms of charging and switches on normally, you know your battery died and only needed to be charged. If not, there are few more things you can try when your Samsung Galaxy S7 won't turn on.

It is necessary to start Samsung Galaxy S7 in Safe Mode to eliminate battery-related issues and narrow down to the main reason behind the problem because of Safe Mode boots your phone with the built-in Apps only. If S7 starts normally in Safe Mode, you know that your device can be turned on and there is no issue with the Android software, device’s hardware, and battery.

Well, then the real reason why Samsung Galaxy S7 won't turn on is that of certain Apps and programs installed on your device which is incompatible with the software and prevents the phone from switching on. Such Apps are usually downloaded from unknown sources and hence, crash very often and do not work very well with your S7.

To boot Samsung Galaxy S7 into Safe Mode, you must follow the steps given below:

To begin with, press the Power On/Off button on S7 and wait for the Samsung logo to appear on the screen.

Once you see “Samsung Galaxy S7” on the phone’s screen, leave the power button, and immediately press and hold the volume down button.

Now, wait for your phone to reboot itself.

Once your phone switches on and you are at the Home Screen, you will see “Safe Mode” at the bottom as shown below. 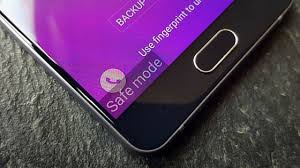 Note: As stated above, if you can use your S7 in Safe Mode, consider uninstalling all third-party incompatible Apps.

Wiping off cache partition in Recovery Mode is advisable not only to fix the Samsung Galaxy S7 won't turn on the issue but also to keep your device clean and free from unwanted clogged up data.

To enter Recovery Mode when Samsung Galaxy S7 won't turn on, follow the instructions given below:

The power, home and volume up button need to be pressed together and held for about 5-7 seconds like in the picture below. 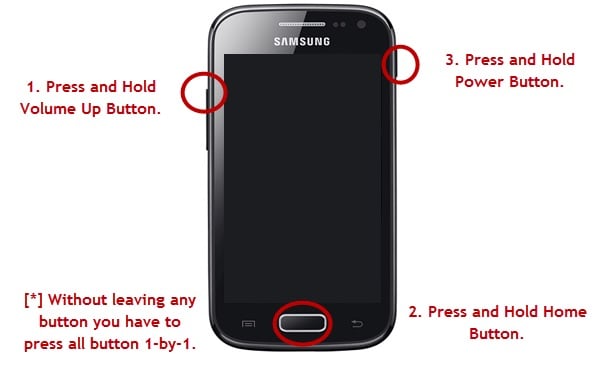 Once the Samsung logo appears on the screen, leave the power button only.

Now, you will see the Recovery Screen with a list of options before you. 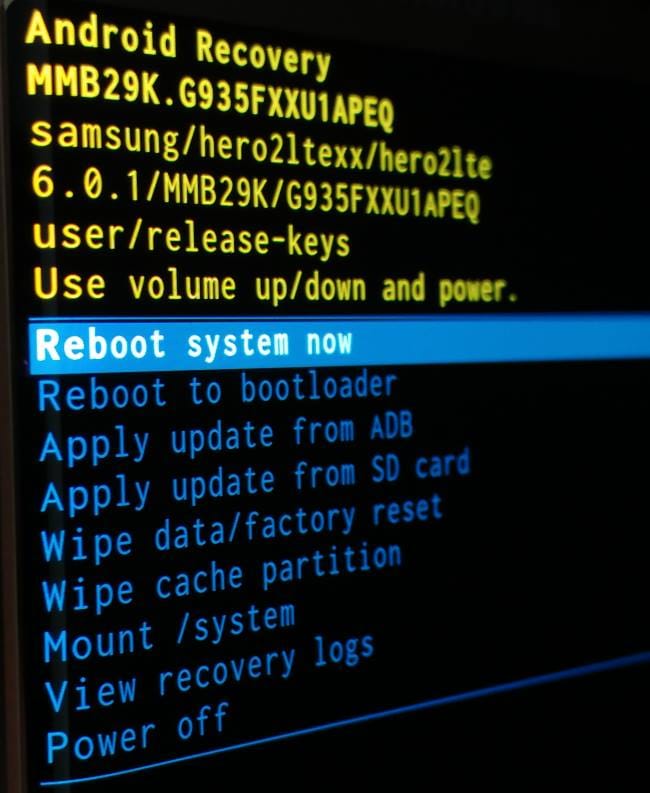 Scroll down with the help of the volume down key to reach “Wipe cache Partition” and select it using the power button. 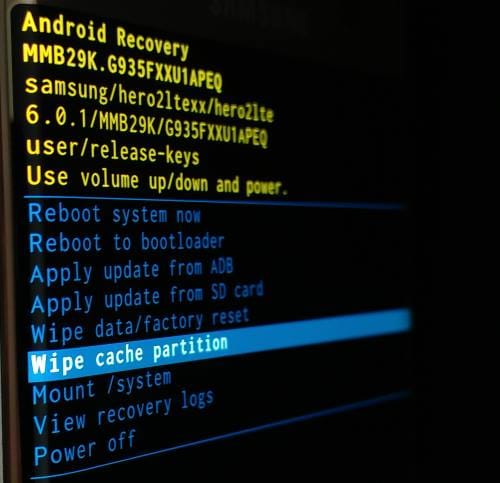 Now you will have to wait for the process to get over and then select “Reboot System Now” as shown below. 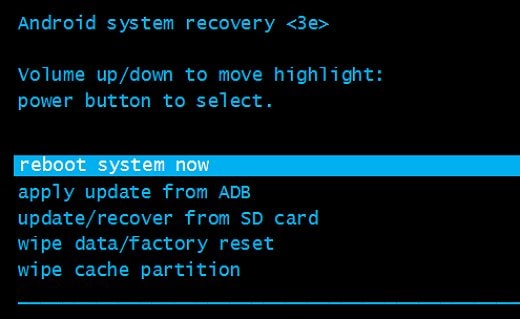 Unfortunately, if your S7 won't turn on even after wiping the cached data, there is only one thing left to do.

Performing a factory reset or hard reset must be your last resort because this method deletes all content and settings stored on your phone.

Note: Data backed up on Google Account can be retrieved by signing in, but other files get deleted forever so make sure you backup all your data before adopting this technique.

Let's us go through the steps below to reset your Samsung Galaxy S7:

Go to the Recovery screen (check Part 4) and scroll (using volume down button) down and select (using the power button) “Factory Reset” from the options before you. 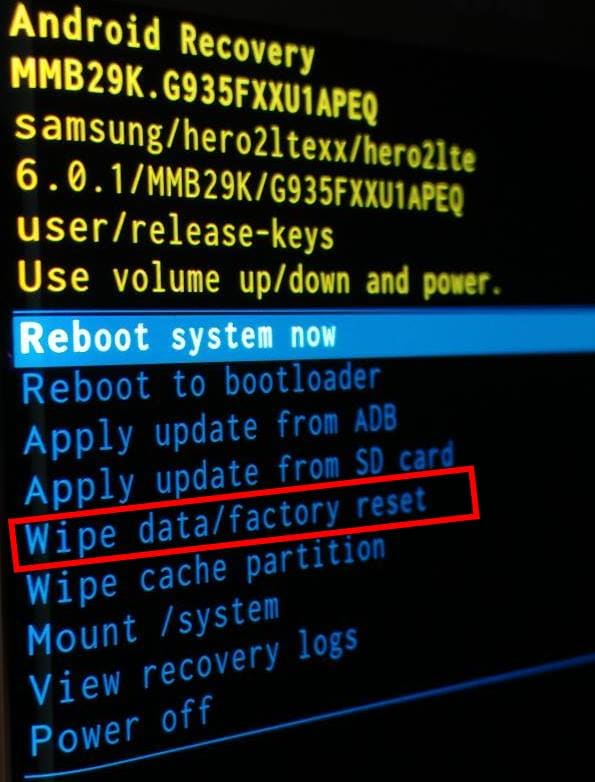 Then, wait for the process to get over and you will see that the phone will automatically reboot.

Factory resetting solves the problem 9 out of 10 times. It erases all your data and requires you to set-up your phone, but that is a small price to pay.

For most of us, Samsung Galaxy S7 won't turn on the issue that might seem irreparable, but it is indeed a fixable problem. Whenever you feel my Galaxy S7 won't turn on, don’t hesitate and follow the instructions given in this article. These tips have helped many who vouch for their effectiveness. Also, it is always better to try and solve the problem yourself before seeking professional help and technical assistance. So go ahead and try any of the 5 methods given above when your S7 does not boot up. If you find these solutions useful, we hope you do suggest them to your near and dear ones as well.