How to Update Android 6.0 for Samsung

Samsung is one of five business untils within Samsung Electronics, they developed smart phones and a phone combined mp3 player towards the end of the 20th century. to this date Samsung are dedicated to the 3G industry. making video, camera phones at a speed to keep up with consumer demand. Samsung has made steady growth in the mobile industry.

Android marshmallow isn't an overhaul of everything you thought you knew about android. rather, it's a refinement and extension of the core features and functionality of android lollipop. in this android marshmallow review, I take a look at the major features of google's latest android os version to let you know where it hits, where it misses and where it has room to improve.Google began released out the android marshmallow update to certain nexus devices in october 2015, the galaxy s6 and s6 edge followed, and now Samsung has rolled it out for the sprint galaxy note 5. want to know when your phone will get marshmallow? so today we will discuss about How to update Samsung Android 6.0 Marshmallow. last year Samsung rolled out Samsung android 6.0 marshmallow in Samsung Galaxy Devices. but in your mind one question come, how to get Samsung android 6.0 marshmallow in Samsung devices. don't worry, we will discuss about solutions.

Android 6.0 marshmallow is a version of the Android mobile operating system. first unveiled in may 2015 at Google I/O under the code-name Android M. it was officially released in October 2015.  Marshmallow primarily focuses on improving the overall user experience of Lollipop, introducing a new permission architecture, new APIs for contextual assistants, a new power management system that reduces background activity when a device is not begin physically handled, native support for fingerprint recognition and USB type-c connectors, the ability to migrate data and applications to a micro SD card and use it as primary storage as well as other internal changes.

1) Now on Tap : Google Now is more accessible and helpful than it's ever been. now on tap is a new feature that pulls up extra information in top of whatever you're doing, based on what's on your screen.

3) Power : Can be charged or can also charge other devices . batter yet, it's got the same shape on both sides, meaning you don't have to grapple with which side is up.

4) App Permissions : Now apps will ask for access to parts of your phone or Google account when they need it, and you can approve those requests or not.

5) Fingerprint Support : This feature is a bit more behind the scenes but google has included support for a fingerprint reader.

6) Redesigned App Drawer : The app drawer, the menu where all of the apps installed on your phone or tablet live, has a new layout in marshmallow.

7) Doze Battery Optimization : Android 6.0 Marshmallow should deliver significantly superior battery optimization compared to lollipop, as it has a neat new feature called Doze. sure every new OS version come with claims of improved battery life but Doze may actually pull it off.

8) System UI Tuner : One of the hidden germs in Marshmallow is called the system UI tuner. it's hidden because it's not a final feature, but this being android, we've given the chance to play around with some features we expect to see added to the platform in the future. it's in here that you'll get the ability to turn on the battery percentage meter for your status bar.

9) Chrome works inside other apps : It's always frustrating getting kicked out of an app and over to the web where you have to wait for a site to slowly load, so google is doing something about it. with a feature called chrome custom tabs.

Here is some problems in android marshmallow 6.0.

The first thing you need to know about android 6.0 marshmallow problems is that they exist. e're now weeks into the release and we continue to see nexus smartphone and tablet users complain about bugs and issues with the new software. many of there complaints can be found on google's own nexus help forum.

Nexus 9 users are reporting problems with the update and one user claims that the update broke in tablet. other similar things about update. facing problem in Bluetooth problems and it's also breaks volume controls on headsets.

We point these out so that you're aware of the potential dangers. android 6.0 marshmallow brings fixes and security patches but there's a chance it could hurt your devices performance. so you'll want to prepare and be careful.

4.How to Update Android 6.0 for Samsung

Today i show you how to get Samsung android 6.0 marshmallow version in Samsung galaxy s6. 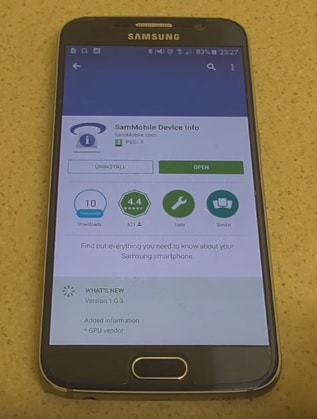 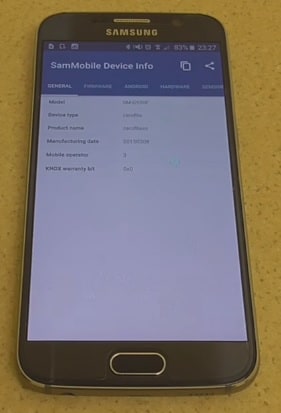 Step - 3 - Click on FIREWARE tab in top and check make sure product code. 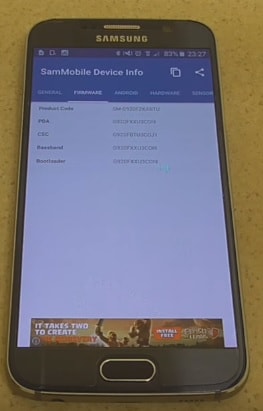 Step - 4 - So second application you need to download is Galaxy Care. it's free application. 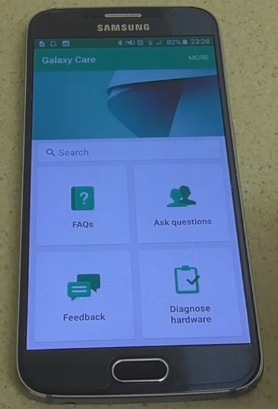 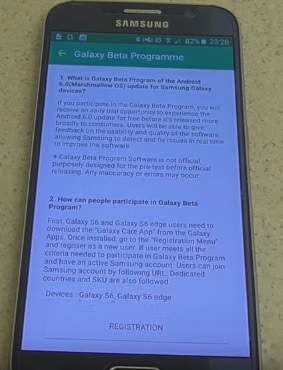 Step - 6 - Now Go to setting and open About Device and under update now and new software will start after 24 hours. 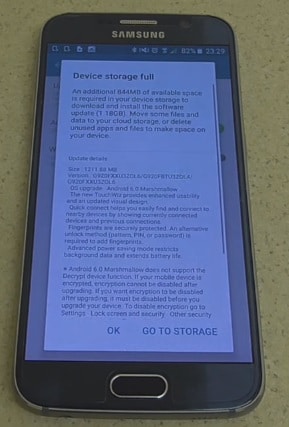 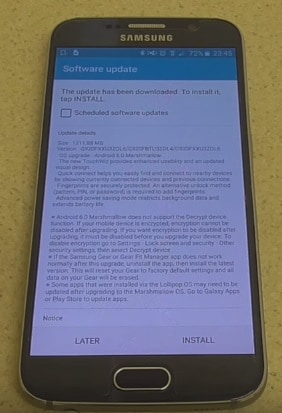 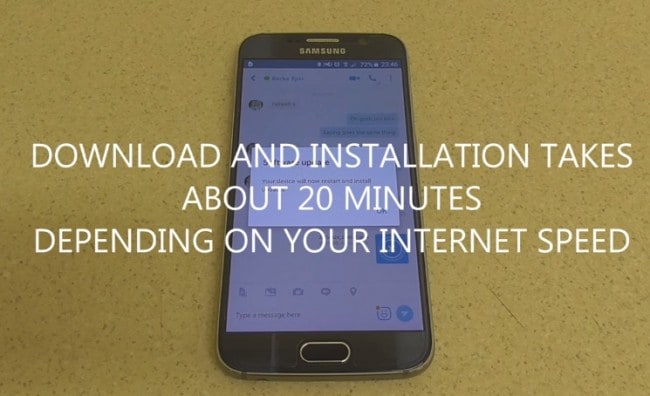 Step - 8 -Your device will re-start and installing new updates. 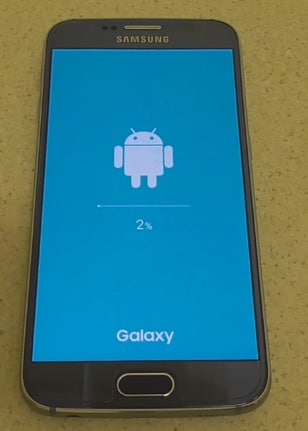 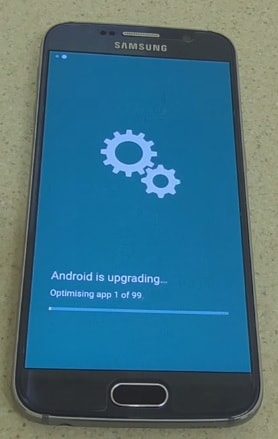 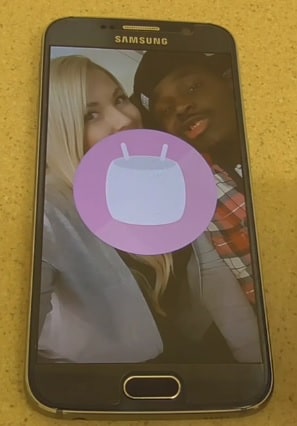 You will need to connect your Android phone with the computer. for that , please make sure you have installed the USB drivers. Always backup your important data that you might need after you install a new custom rom, an official software update or anything else. make a backup for just in case, you never know when anything might go wrong.

A few tips that you should remember.

1) Having problems connecting your android phone to the computer? you need to enable usb debudding mode.

2) Make sure your android device is charged up to 80-85% battery level. because if your phone goes off suddenly while installing a custom rom, flashing an official firmware update or installing mods etc. your phone might get bricked or go dead permanently.

3) Most of the tips and how to guides on team android are for factory unlocked android phones and tablets. we recommend not to try our guides if your phone is locked to a carrier.

Before you update you nexus device, should you have to backup your nexus device. so i recommend you, for your nexus device backup use wondershare MobileGo software.Wondershare MobileGo for android links your mobile phone to your windows PC via wi-fi for super easy uploading, downloading, backups, app management, and more. it's a two-part system, with a free android app on your phone or tablet and premium software on your windows PC.

MobileGo is allows you to manage the content of your android device from pc. you can, for example, create a backup of all the data stored on your smartphone, manage your media files and access advanced features such as rooting your android device, permanently delete files, control your mobile device with your pc and much more. Download the MobileGo. Syncing your smartphone with MobileGo

> How-to > Tips for Different Android Models > How to Update Android 6.0 for Samsung