iPad White Screen? Here's How to Fix It Now!

The iPad is generally a reliable computing device. It stays on standby waiting for your input, and you can work and play on the device for countless hours at a stretch. Updates are available on the fly, with as little downtime as possible. All in all, it is not surprising that the iPad leads the world’s tablet consumption scores, with no other tablet coming close by a long shot. So, if your iPad is stuck on white screen, you are naturally going to be worried and clueless as to what happened. Why is the iPad white screen? Well, here is why, and what you can do about it. Read on!

Part I: Why Is iPad Stuck On White Screen? Can I Fix It Myself?

iPad can get stuck on white screen for these reasons:

Jailbreaking is the number one cause of iPad white screen. Jailbreaking is still a fad, even though iPadOS has come leaps and bounds from the ‘walled garden’ nomenclature iOS devices received in their early days. Jailbreaking unlocks and even adds functionality that the system does not provide normally, and, as such, can cause issues with the iPad since nothing about is endorsed or supported by Apple.

During system updates, the iPad is restarted at least twice. If anything goes wrong at the time, it may get stuck on white screen. Also, undetected corruption in the firmware file can cause the white screen on iPad too.

You might be thinking you didn’t jailbreak or update the iPad, so why is the iPad stuck on white screen for you? Well, there might be a hardware issue that is causing this. Sometimes, the glitch might be temporary and could be resolved in a couple of ways, sometimes it is a hardware failure and needs more looking into, but that can only be done by professionals at the Apple Store.

So, what are the ways we can try to fix the iPad stuck on white screen? Here they are.

There is little you can do when you have a white screen on iPad, because this means that the iPad is also unresponsive. The first thing you can do to trigger something on the iPad at this point is to unplug the charger and re-plug it (if it was charging) or connect the charger if it was not connected, to see if that jolts the iPad out of white screen.

The next thing you can do is try a hard restart on the iPad to see if the iPad stuck on white screen restarts and boots normally. Here’s how to force restart an iPad: 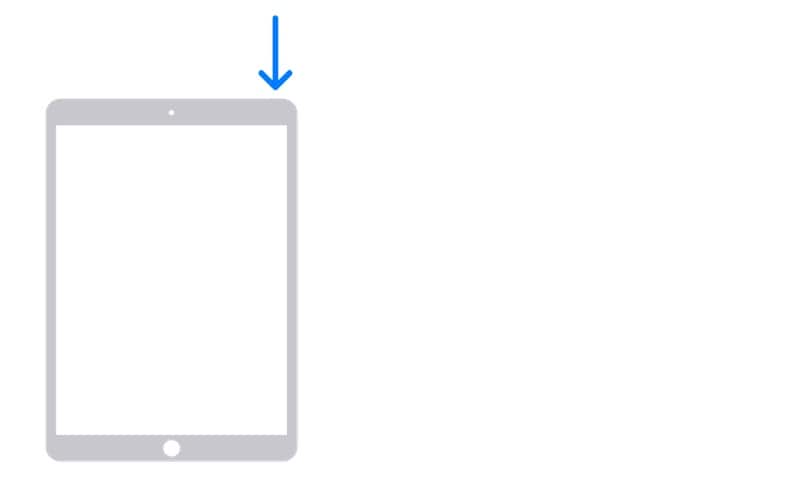 Step 1: For an iPad with a home button, press and hold the Power button till the slider screen comes up. Drag the slider to shut down the iPad.

Step 2: Press and hold the Power button to restart the iPad. 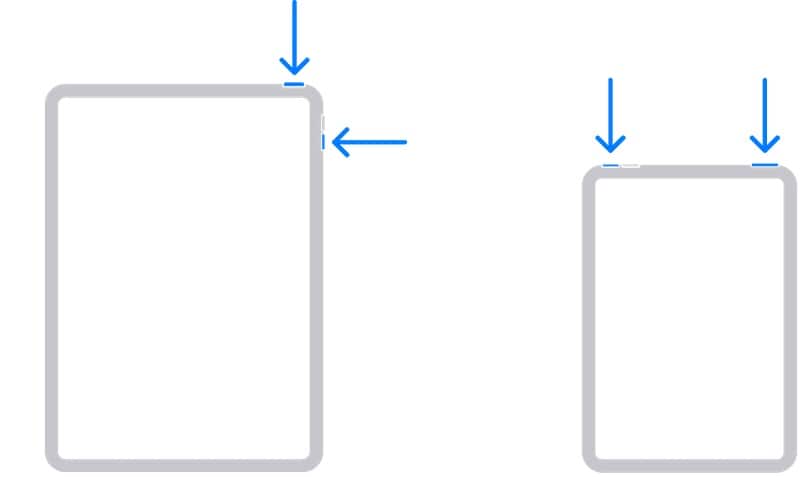 Step 1: Press and hold any one of the volume keys and the Power button till the slider screen appears. Drag to shut down the iPad.

Step 2: Press the Power button and hold until the iPad restarts.

The next thing you can do to fix the white screen on iPad is to try to reinstall/ repair iPadOS so that the software is refreshed completely. This method will download the latest firmware from Apple and reinstall it on the device. Here’s how to repair/reinstall iPadOS using the iTunes or Finder:

Step 1: Connect your iPad to the computer using an Apple-authorized cable. This guide uses macOS and Finder to demonstrate. If the iPad is shown in Finder, you can proceed to restore it by clicking Restore iPad: 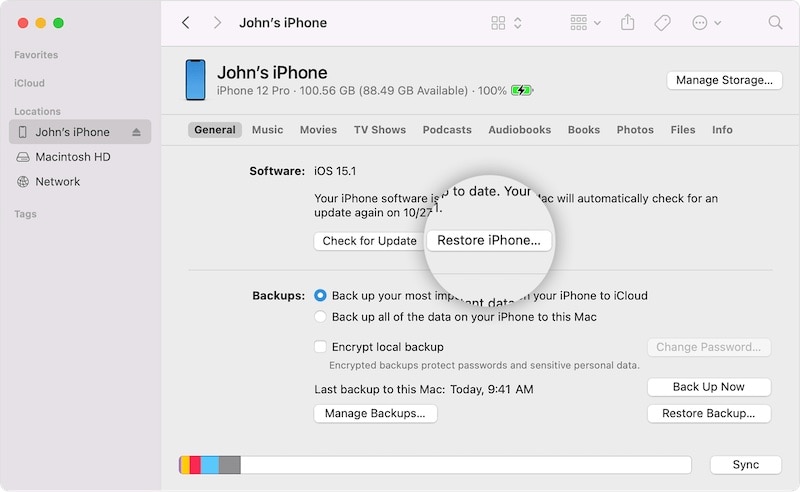 Step 2: At the next step, click "Restore" to start restoring the iPad to factory settings. 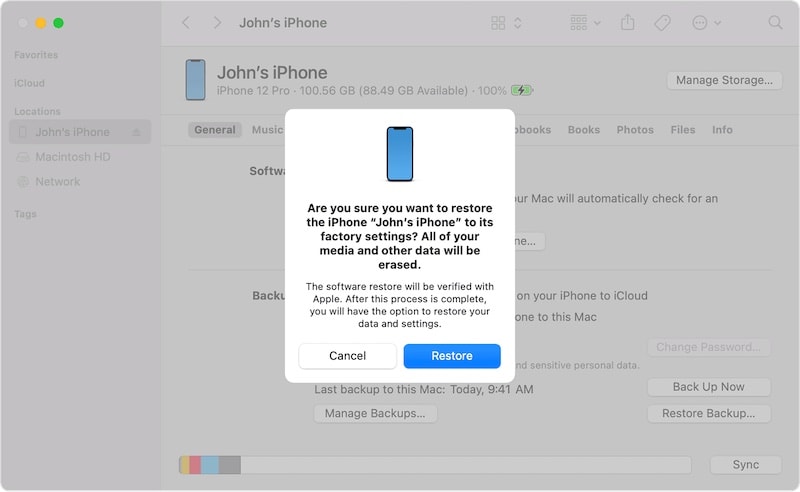 In case the iPad was not detected upon connecting to the computer, you might need to put the iPad in Recovery Mode. Here’s how to do that:

Step 1: Keeping the iPad connected to the computer, press the Home button and the top button (or the side button) and hold until the recovery mode screen appears: 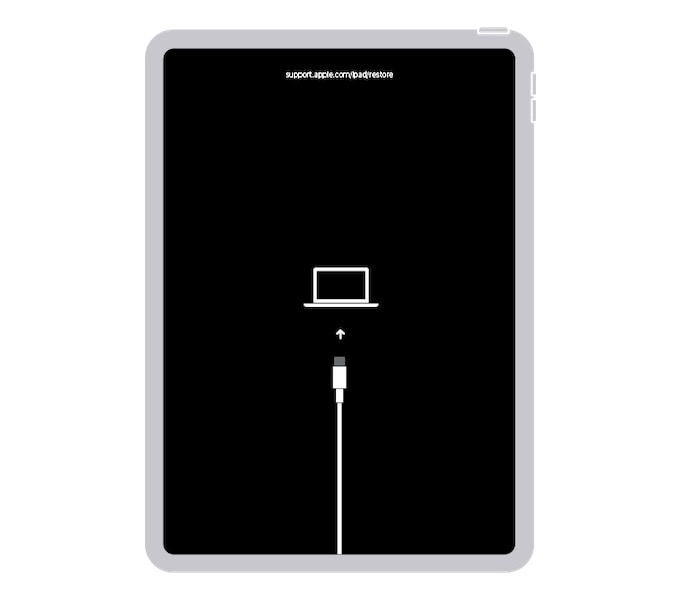 Step 1: Press the volume button closest to the Power button and release

Step 2: Press the other volume button and release

Step 3: Press and hold the Power button until the recovery mode screen appears.

The rest of the process is the same – in Finder/iTunes. When the device is detected in Recovery Mode, you will get an option to restore the iPad. Choose "Restore" and proceed. The firmware will be downloaded and installed on the device.

You might have noticed that using the Apple way means you will get the latest firmware file from Apple. However, sometimes, the issue itself has been caused by a software update to the latest version, and in such cases, it helps to reinstall a previous version of the software on the iPad. Well, Apple will not let you do that directly, you will have to find the IPSW to restore it yourself. You can, however, use a third-party tool called Dr.Fone to help you with it. Here’s how to use Wondershare Dr.Fone - System Repair (iOS) to repair the iPad white screen of death:

Step 2: Connect your iPad to the computer and launch Dr.Fone

Step 3: Select the System Repair module. There are two modes to choose from - Standard and Advanced - Standard Mode fixes iPadOS without deleting user data whereas the Advanced mode will wipe out the user data for more thorough repair. 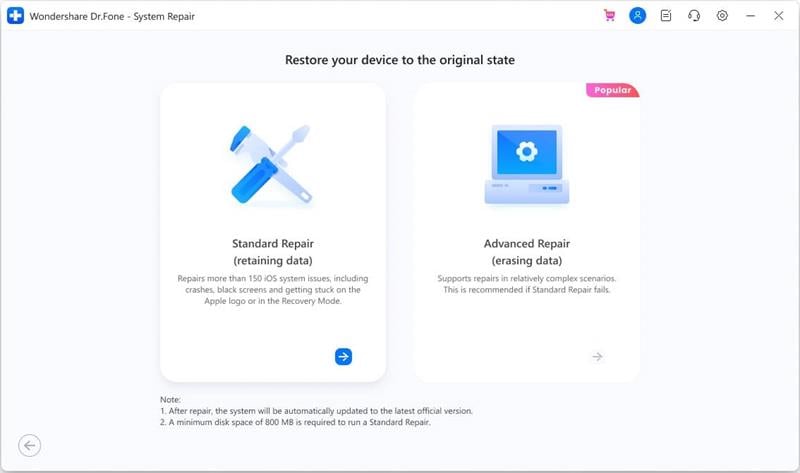 Step 4: On the next screen, you will see the device name listed along with the firmware version:

You can use the dropdown menu to choose the firmware version to install. Select the version just prior to the latest update that caused the iPad white screen of death for you.

Step 6: When the download is complete, the firmware file will be verified and Dr.Fone will be ready to fix the iPad: 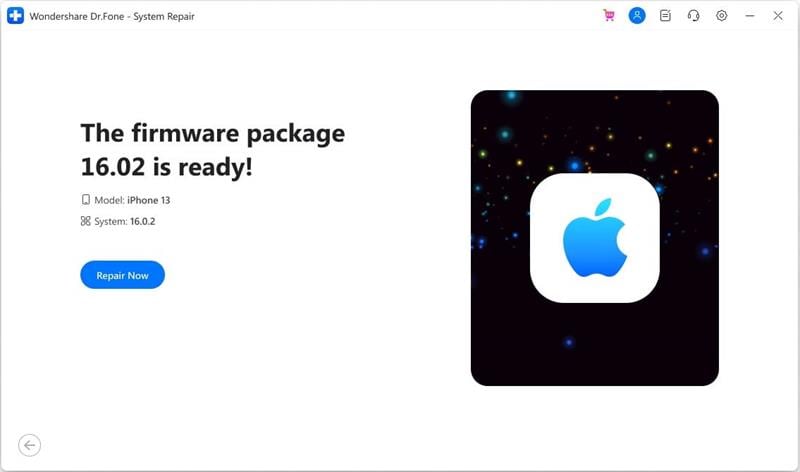 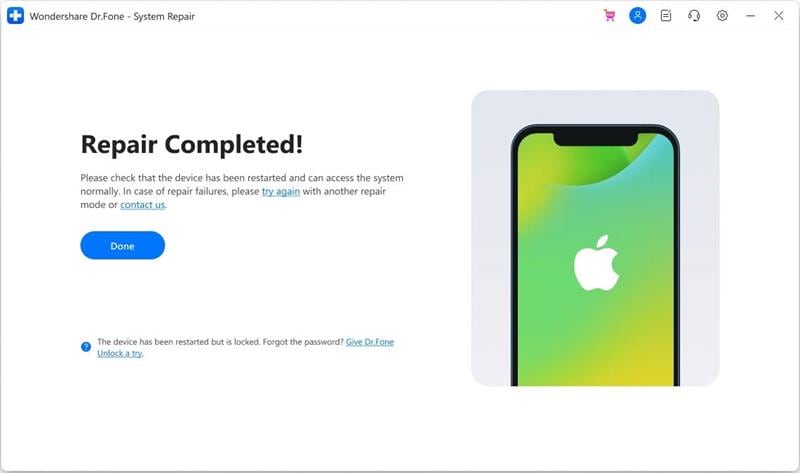 After the process is complete, the iPad will hopefully restart, and your issue will be fixed.

iPad white screen is a particularly serious issue since the fixes are rather either/ or in nature. Either the issue gets resolved with restarts or system repair or you are looking at costly hardware service. Fortunately, if you did not jailbreak your iPad, chances are that the issue is software-based, a.k.a. a glitch, and that can be resolved with hard restarting or reinstalling iPadOS or in worst-case scenario, completely reinstalling the firmware using either iTunes/Finder or tools such as Wondershare Dr.Fone that will also allow you to revert to a previous iPadOS version just as easily. If the iPad is still stuck on white screen, then, unfortunately, this might be a hardware issue that the professionals at Apple Store will be able to help you with.