Complete Guide on Unlocking an iPhone with a Broken Screen?

Locking an iPhone with a passcode is a great way to prevent it from getting into the wrong hands. However, some misfortunes can happen, and you might be left with a broken screen. In such cases, you won't be able to get the data inside your phone. So, to get back at your files or to reset your device, you will need to unlock your phone first.

In this detailed guide, we will elaborate on the best possible methods you can employ to unlock iPhone with broken screen. Moreover, we will introduce you to the best unlocking tools available for your situation. So stay with us till the end.

Part 1: Use the Feature "Find My iPhone" to Unlock an iPhone with Broken Screen

Find My is a famous component in Apple devices that allows you to find your lost devices through GPS. The option has been revitalized much from that point forward. Presently it can be utilized to erase your iPhone from a distance. You can erase your information without a password) to save its data.

Also, if your iPhone screen is broken, you can use this feature to unlock or erase it. We will call this feature "Erase it effortlessly," as it erases iPhones without a password. 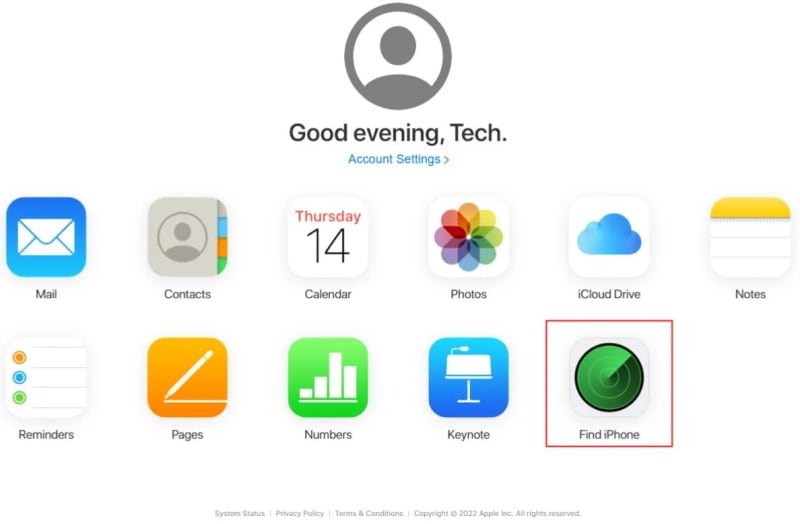 Step 4. Pick your locked phone under the "All Devices" segment. 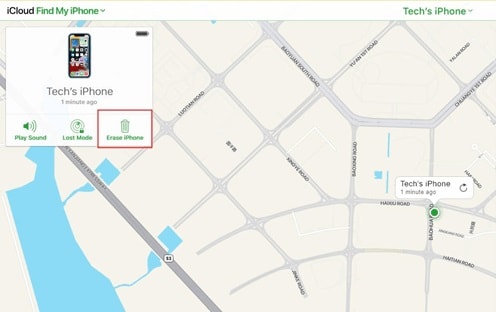 Step 7. A code will be sent to you. Enter the code to proceed.

Step 8. Presently, enter your mobile number. Then, click on the Next button and then "Done."

Step 9. The iCloud will effectively begin the deletion, and you can see the Apple logo with a white bar noticeable on your locked iPhone. After an effective erase process, your iPhone will restart.

Step 10. Swipe up on the iPhone screen to begin once more.

Again, iPhone will show the iPhone locked message. You then need to remerge your Apple ID details and click on Next. You will then get the chance to make your new passcode.

Part 2: How to Unlock Broken Screen iPhone with iTunes

Step 1. To begin, you ought to put your gadget in Recovery Mode. Here's what you must do:

On iPhone 7: Connect it to your system while tapping the volume down button. Hold the button until this mode appears.

On iPhone 6S or Older: Switch off your iPhone, plug it into your PC and hold the home button until the phone shows this screen.

Step 2. Connect your iPhone and your system and open iTunes. After clicking, force restarts it by holding down both the volume and power buttons. You'll then get an option to Restore. Select this choice, and your iPhone will download the required software. When done, you can set up and use your iPhone.

You can erase your iPhone and its password once you synchronize it with iTunes. Follow these steps:

Part 3: How to Unlock iPhone with Siri If its Screen is broken

Siri is a voice assistant on Apple devices. Like other devices have Alexa and Google Assistant, iPhone has Siri. It empowers you to use the iPhone through voice commands. You can converse with Siri to unlock your iPhone password.

How might Siri unlock iPhone? One can use bugs in Siri to unlock iPhone. However, it is only possible in a few iOS versions.

Step 1. First and foremost, enable Siri. You should hold the home button of your locked iPhone and say 'Hello Siri' to enact her.

Step 2. Presently, tap on the world clock symbol. Now, tap on the + sign in the upper right corner to add the clock feature to the home screen. 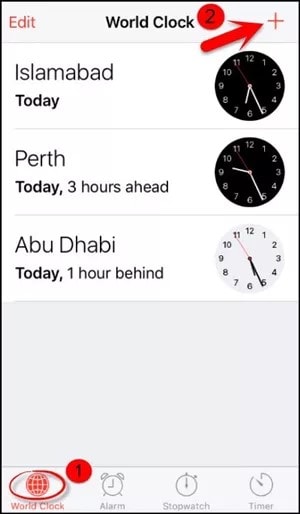 Step 3. At the point when another clock is added, you will have the choice to share the new clock.

Step 5. You don't need to text a message. Instead, add something arbitrary in the "To" field.

Step 6. Add Siri to make another contact by tapping on the new or + symbol. Siri will open the New Contact interface with details like adding the name, photo, etc. 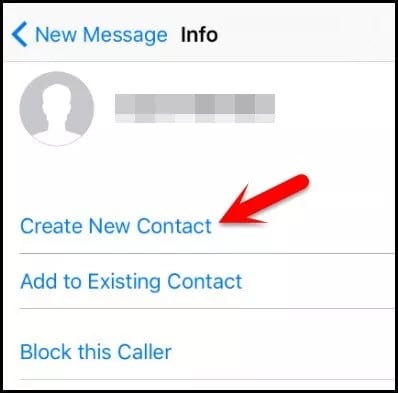 Step 7. Add the photo from the photo library. Tap on "Add Photo," and it will open the library for you. Tap on Select Photo, and Siri will unlock the device and let you pick a photo.

Step 8. When the photo library is open, tap on the home button or return button to get back to the unlock screen to get to the Settings symbol.

Step 9. When you open your settings, you can now refresh your credentials. This might work by making a Face ID rather than a password to unlock your iPhone.

Besides, it works for iPhones with iOS 8.0 to 10.1. These bugs are fixed in the later versions of the iPhone and won't assist you with fooling Siri into unlocking your iPhone.

The quickest way to unlock iPhone with broken screen is to use an unlocking tool. However, there are tons of tools available in the market, but it is our responsibility to suggest you the best way.

We strongly recommend you install the Wondershare Dr.Fone-Screen Unlock tool. It is a safe and easy-to-use tool with an excellent success rate. With years of service in the unlocking industry, the experts at Wondershare thrive to provide outstanding services to its customers.

Moreover, Dr.Fone will keep your data from being exposed to threats. It is a fast tool that requires no prior knowledge to use. However, this tool will erase your data forever. So before further ado, let's see how to unlock iPhone with broken screen:

Step 1. Launch the Software and Connect your Device

Click the "Screen Unlock" option from the main homepage and connect your iDevice to your computer. Then go for the "Unlock iOS Screen" option on the program.

Removing the lock screen requires you to boot your iPhone in Recovery or DFU mode. The Recuperation mode is suggested for iOS devices. But if you can't, you can go for the DFU mode. 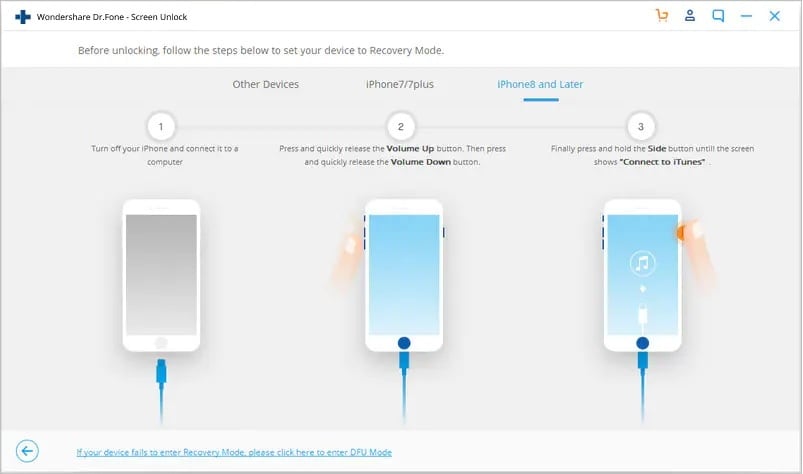 Dr.Fone will now show you the phone Model and OS version. You can choose the right information from the dropdown menu if the one on your screen isn't right. Then, at that point, download and install the required firmware for your iPhone. 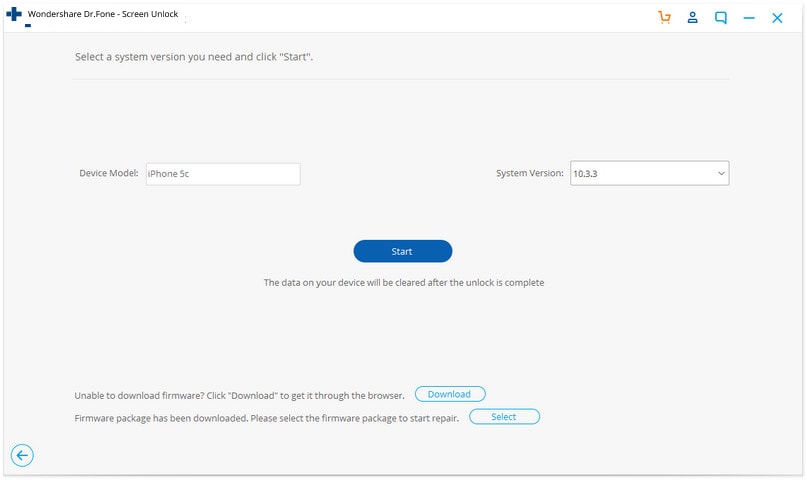 After the firmware is downloaded effectively, click Unlock Now. 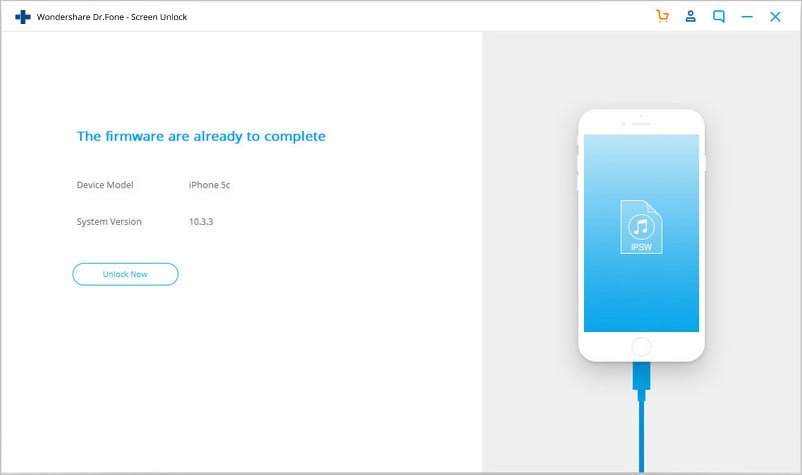 In almost no time, the software will unlock your iPhone effectively. However, note that this unlocking will likewise wipe your user data.

Having an iPhone with a broken screen can make your life hard. It keeps you from communicating and carrying out important tasks on the phone. But we can make this situation work your way. Therefore, we have furnished the above list to help you unlock iPhone with broken screen. Even if none of the methods work, Dr.Fone can still get our phone unlocked.

How to Bypass iPhone Passcode Easily [Video Inside]

Locked Out of iPhone? 5 Ways to get into a Locked iPhone

How to Unlock iPhone 5 Passcode without iTunes without Knowing Passcode?