What to do if your iPhone has bad ESN or blacklisted IMEI?

Many people have iPhones but don’t know what an IMEI number is or what a bad ESN represents. A device can be blacklisted for various reasons. If the iPhone is not reported as lost or stolen, many carriers will activate it on their network, for a small fee of course. Let’s have a closer look at this.

What is IMEI number?

IMEI stands for "International Mobile Equipment Identity". It’s a 14 to 16 digits long number and it’s unique for every iPhone and it’s the identification of your device. The IMEI is much like a Social Security Number, but for phones. An iPhone can’t be used with a different SIM card unless you make a visit to the Apple Store or where ever the iPhone was purchased from. The IMEI thus also serves a security purpose. 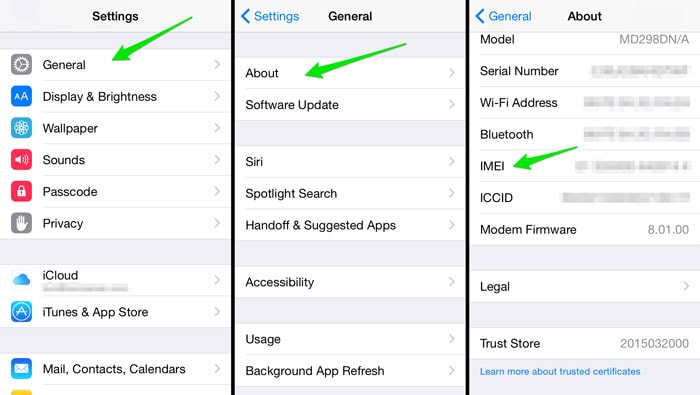 What is an ESN?

ESN stands for "Electronic Serial Number" and it’s a unique number for each device that works as a way of identification of a CDMA device. In the U.S. there are some carriers that work on CDMA network: Verizon, Sprint, U.S. Cellular, so if you are with any of these carriers you have an ESN number attached to your device.

What is a Bad ESN?

A Bad ESN can mean a lot of things, let’s check out some examples:

What is a blacklisted IMEI?

Blacklisted IMEI is basically the same thing as Bad ESN but for devices that work on CDMA networks, like Verizon or Sprint. In short, the main reason that a device has a Blacklisted IMEI is so that you as the owner or someone else cannot activate the device on any carrier, not even the original one, thus avoiding selling or stealing the phone.

Part 2: How to check if your iPhone is blacklisted?

How to find the IMEI or ESN numbers:

How to verify if your iPhone is blacklisted?

Part 3: What to do if your iPhone has bad ESN or blacklisted IMEI?

Ask the seller for a refund

If you bought the device with the bad ESN newly from a retailer or online shop, you might be in luck as they can provide you with a refund or at least a replacement, depending on their policy. For example, Amazon and eBay have refund policies. Unfortunately, if you got the phone from someone you found on the street, or from a seller over sources like Craigslist, this might not be possible. But there are still other things you can do. 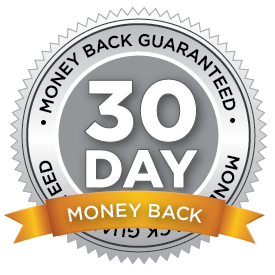 Use it as a gaming console or iPod

Smartphones have a whole lot of functionality besides being able to place calls. You can install a bunch of different video games in it, you can use it to surf the internet, watch videos over YouTube, download music and videos to it. You could even use it as an iPod. The possibilities are really endless. You can even install apps like Skype and use Skype call as an alternative to a phone call. 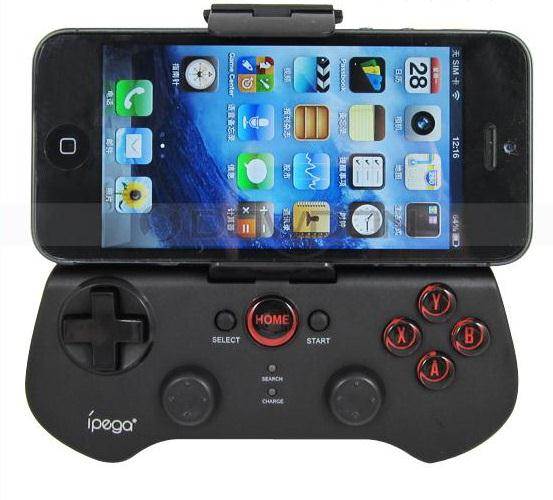 Get the IMEI or ESN Cleaned

Depending on your carrier, you can see if they entertain requests to remove your IMEI from the blacklist.

Swap the Logic Board

The thing about a blacklisted IMEI is that it’s only blacklisted in a particular country. An unlocked AT&T iPhone blacklisted in the US would still function in Australia on another network. As such you can try and change the chips of your iPhone. However, in doing so you should be prepared for some possible irreparable damage. 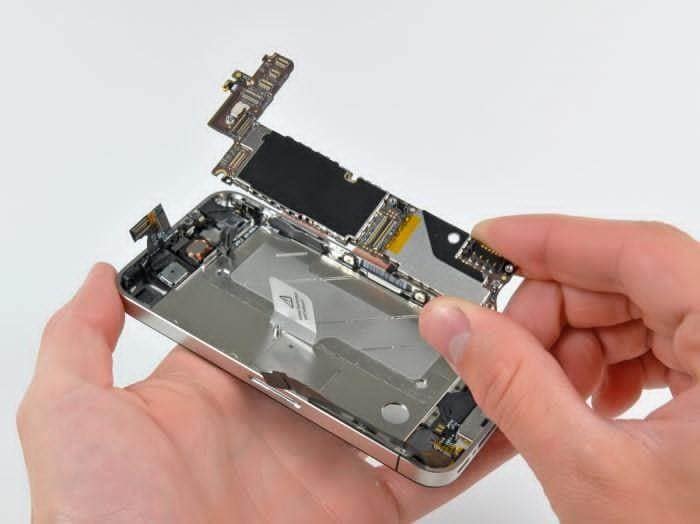 Unlock it and then Sell it

After your unlock your iPhone you can sell it to foreigners at a lowered rate. You can find out how to unlock in the next steps. But why would foreigners buy a blacklisted phone, you might ask? That’s because they won’t be on US soil long, and the IMEI is only blacklisted locally. So foreigners and tourists might be persuaded to buy your iPhone if you throw in a big enough discount. 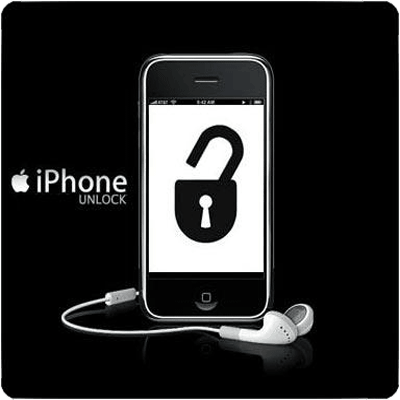 Take it apart and sell the spare parts

You can dismember the logic board, screen, dock connector and back casing, and sell them separately. These may be used to help out other broken iPhones. 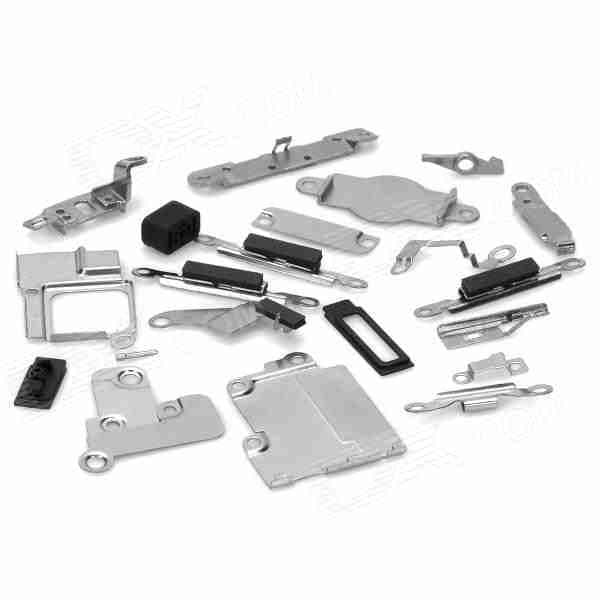 As mentioned earlier, you can unlock the phone with the blacklisted IMEI. However, since it’s only blacklisted locally, you can sell it internationally where it would still have value. 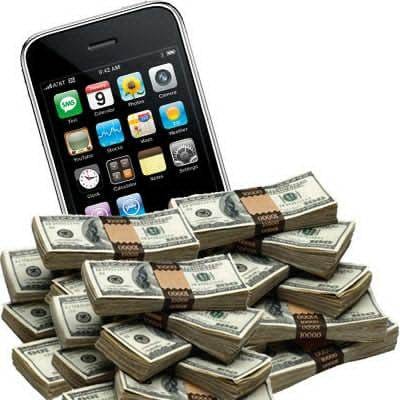 Flash phone to another carrier

This is an ideal option for those who don’t mind changing carriers. You can flash the phone to another carrier, as long as they accept it, and pretty soon you’ll have a functional phone! However, in some cases, you might land with a 3G connection instead of a 4G. 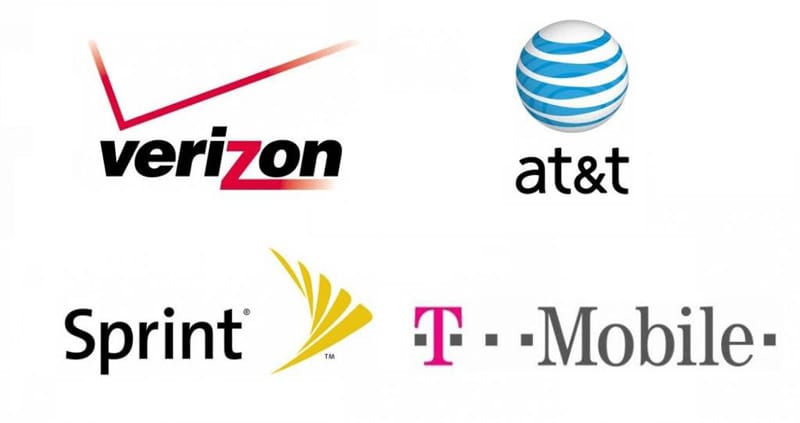 If your phone cannot activate on a CDMA carrier like Verizon or Sprint, the IMEI can still be used on a GSM network. Most phones manufactured these days come with a GSM standard nano or micro sim card slot and have GSM radio enabling for a GSM network. Most of them also come factory unlocked as well. 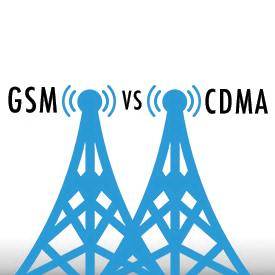 Part 4: How to unlock a phone with bad ESN or blacklisted IMEI?

There is an easy means to unlock a phone with bad ESN, You can use Sim Unlock services.

Dr.Fone is a great tool that has been rolled out by Wondershare software, a company which is internationally acclaimed for having millions of devoted followers, and rave reviews from such magazines as Forbes and Deloitte!

Select the relevant iPhone model and carrier from a drop-down list.

Step 3: Fill in your information

Enter your personal contact details. After that, fill in your IMEI code and email address to finish the whole process.

With that, you’re done, you’ll receive a message stating that your iPhone will be unlocked in 2 to 4 days, and you can even check the unlock status!

Q: Can I find out if this iPhone is reported as lost or stolen? I mean which one is it?

This information is anonymous to carriers and no one will be able to tell you exactly.

Q: I have a friend who wants to sell me an iPhone, how do I check if it has a bad ESN or if it’s lost or stolen before I buy it?

You will need to check the IMEI or ESN.

Q: I am the owner of the iPhone and I reported it as lost some time ago and I found it, can I cancel it?

Yes, you can but most carriers will ask you to go to a retail store with at least one valid ID.

Q: I dropped my phone and the screen cracked. Does it now have a bad ESN?

Hardware damage has no relation with an ESN. So your ESN status will remain unchanged.

So now you know everything there is to know about IMEI, bad ESN, and blacklisted iPhones. You also know how to check their status using the handy Dr.Fone webpage or through contacting your carrier. And in case your iPhone is erroneously locked and you can’t access it, we’ve also shown you how to unlock it using the Dr.Fone - SIM unlocks service tool.

If you have any other questions not covered in our FAQ section, please feel free to leave us a comment. We look forward to hearing from you.

> How-to > Remove Device Lock Screen > What to do if your iPhone has bad ESN or blacklisted IMEI?